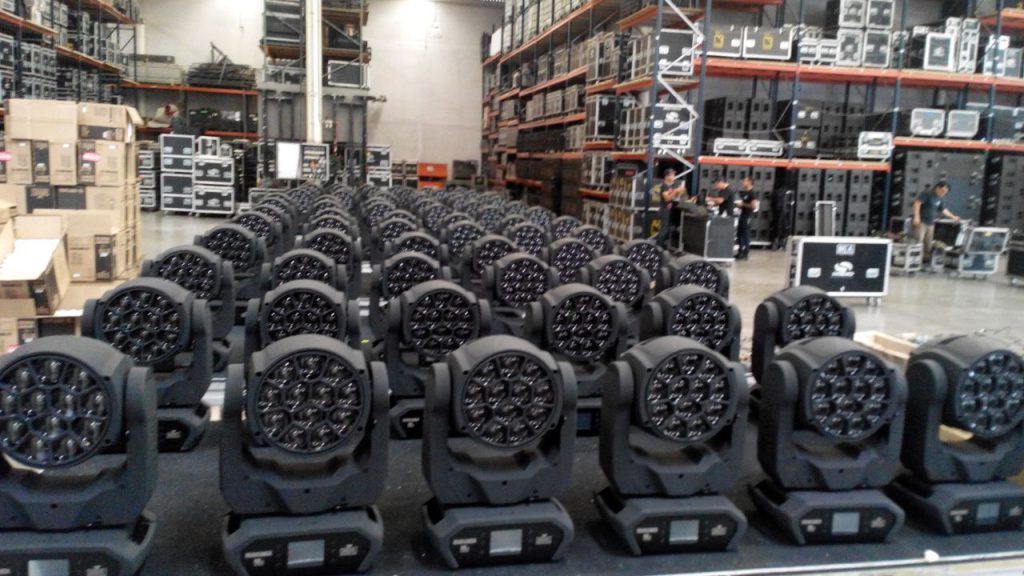 Monterrey, Mexico – Serpro Producciones, one of the largest audio and lighting rental companies in Mexico, has taken a major step toward increasing its ability to serve customers by adding 90 CHAUVET Professional Maverick MK2 Wash fixtures to its inventory. The company invested in the RGBW LED moving washes after carefully evaluating a wide variety of options.

“We looked at a number of different alternatives, and it became very clear that the Maverick MK2 Wash was the best choice for us and our customers,” said Edi Sosa, the company’s Lighting Manager.  “We were impressed by the Maverick’s compact and rugged construction, as well as the power of its LEDs. Its optics are also amazing. Other fixtures that we looked at had lenses that were similar in shape to the Maverick’s, but they are hollowed. The lenses installed in the MK2 Washes are completely solid.

“The lens design makes a big difference, because it means that the MK2 Wash’s color blend and the sharpness are unmatched,” continued Sosa. “Plus, the 7°- 49° zoom range makes these fixtures extremely flexible for any application. Another thing we like about the fixture is that  its variety control protocol options make it easy to adapt to any programming style.” 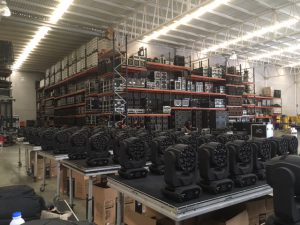 Serpro Producciones already has its new Maverick MK2 Washes slated for a number of high-profile applications. The fixtures have been specified for Justin Bieber’s “Purpose Tour” appearances in Mexico later in February.

“It’s gratifying and encouraging for us to see a rental house of Serpro Producciones’ stature make an investment in Maverick,” said Albert Chauvet, CEO of Chauvet. “We have a great deal of respect for what their team has accomplished, and we’re confident that with Maverick in their inventory, they will have an even greater impact on the Mexican touring market.”

To help ensure that the Maverick MK2 Wash got off to a fast start in Mexico, the technical support team from CHAUVET Professional visited Serpro Producciones to provide special training on operating and servicing for the fixtures. “It meant a great deal to us that the Chauvet support people visited to help us get the most performance out of our new Maverick MK2 Washes,” said Renato Betancourt, CEO of Serpro Producciones. “We see unlimited possibilities with these fixtures.  They have the flexibility and power needed for the big rigs — and we’ll be placing them on many tours in the future.”