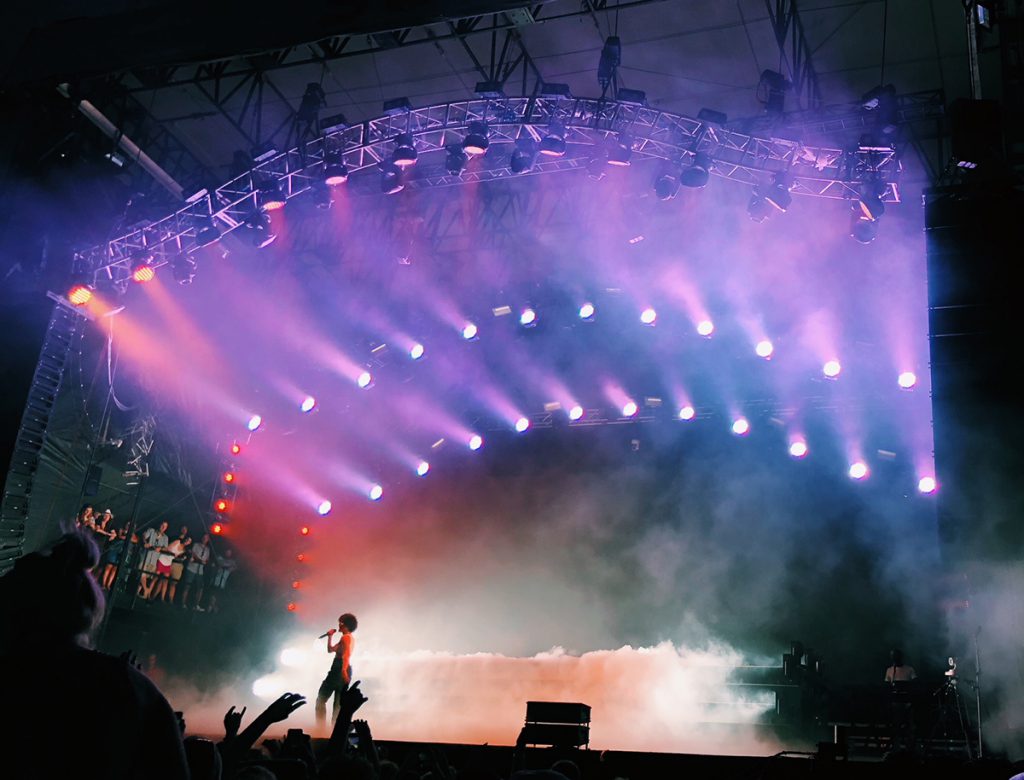 GULF SHORES, AL – The Hangout Music Festival is very aptly named. Located on a beautiful sandy beach on the Gulf of Mexico with plenty of friendly people and colorful local scenery, the three-day event exudes the kind of laid-back atmosphere that invites anyone to just hang out and have fun. Relaxing is just the beginning, though. Along with the welcoming vibes, this year’s festival served up a diverse, high-energy musical menu that featured The Killers, The Chainsmokers, Kendrick Lamar, Portugal. The Man and a host of other stars.

Supporting the music on the popular Surf Stage was a rig that featured Rogue RH1 Hybrid moving fixtures from CHAUVET Professional and Ilumipanels from sister company ILUMINARC, supplied by Bandit Lites. Put together by Lighting Designer Dizzy Gosnell and Project Manager Gene Brian, the rig was run by Festival LD Alexandra Gagnon.

A key element of the Surf Stage design was a series of overhead curved truss structures that conveyed images of rolling waves. Riding on those “waves,” and adding movement and color to them, were 18 Rogue RH1 Hybrid fixtures. The Rogue units were arranged in groups of six, flown on the three curved truss formations.

“The RH1 lights were used most often as beam fixtures,” said Gagnon. “Their fast color scrolling really went well with the wave configuration of the truss. Our visiting LDs favored the intense color scrolling and the prism effects on the Rogues. They found the internal speed and effects to be a great asset. It gave them a different punch within the rest of the rig.”

Included in that rig was an impressive collection of beams, washes, blinders, strobes and four Ilumipanel units that were used to colorize the stage left and stage right scrim. Gagnon drew on the entire rig to create an array of powerful and engaging looks when she ran the board for supporting bands.

“Every headliner carried an LD, but very few daytime acts carried one,” said Gagnon. “The few daytime act LDs would rock my punt page and update a few artist specific cues. The acts I ran would either give me a cue list or they’d say ‘have fun, go wild’ — and that I did! Having a well-constructed, organized, simple punt page is key on these types of festivals.”

Good lighting fixtures and a solid crew are also essential to festival success. Gagnon had plenty during three sunny days in May on the Gulf Coast. “I was super impressed with the Rogues and how they held up, with no issues,” she said. “Our stage crew, Ty Veneziano and Vanessa Tuttoilmondo, rocked it out in their typical fashion. All that helped make this a great experience.” 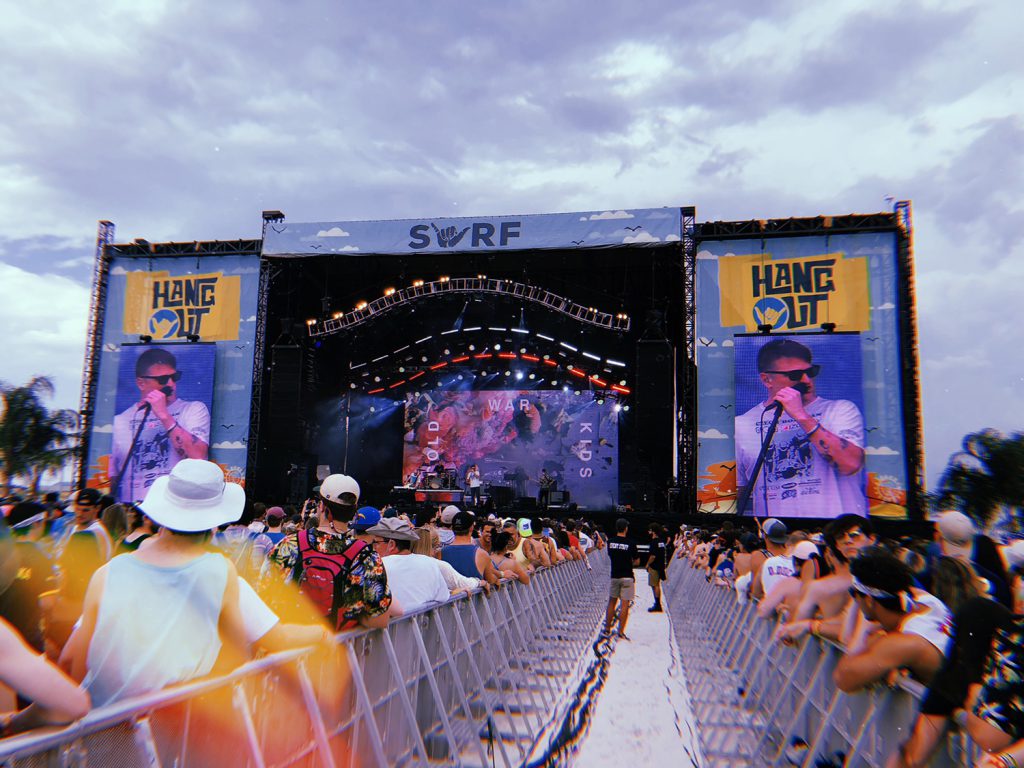