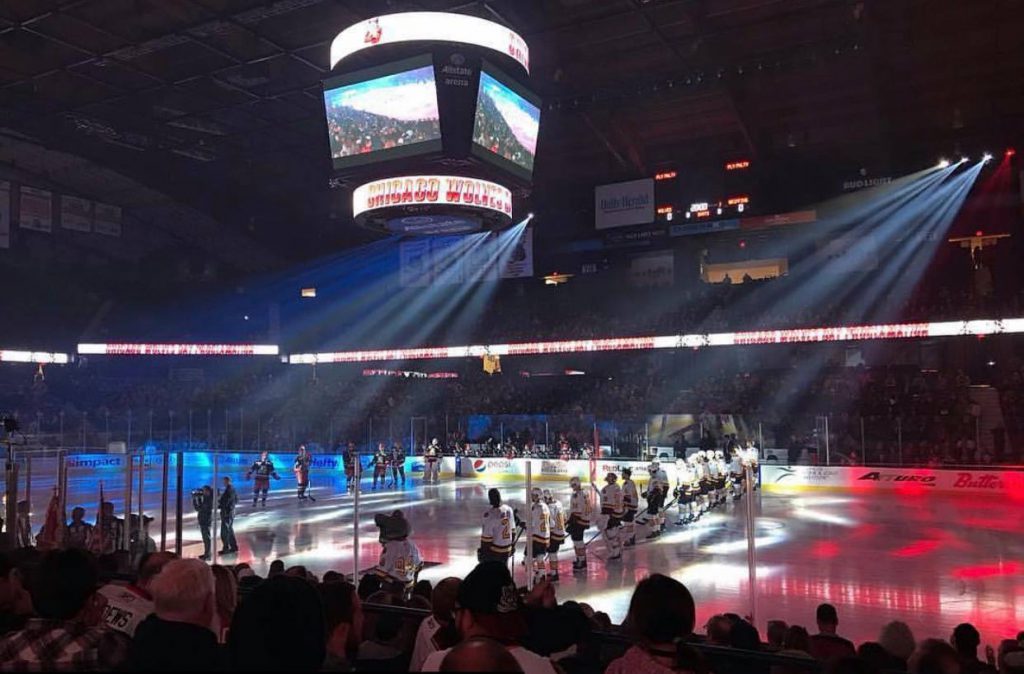 ROSEMONT, IL – An air of excitement permeates the 17,000-capacity Allstate Arena every night when the Chicago Wolves take to the ice. Not only are fans pumped up to see their talented young American Hockey League team defend its divisional title, they’re also energized by a new twist that the Wolves have added to their pregame player introductions in their 25th anniversary season.

Providing a jolt of energy for fans and players alike before the puck drops is a dynamic, fast-moving lighting and pyro show that features CHAUVET Professional Rogue fixtures, supplied by Performance Lighting Chicago.

“My friend Mark Grega, owner of Strictly FX, called me to discuss adding a lighting effect to the pregame show that would energize the arena,” said Performance Lighting’s President, Russell Armentrout, who designed the lighting display. “After a few discussions with Mark, it was clear we needed an extremely bright compact light to achieve the desired look. Tragically, Mark passed away suddenly in early January, and this wound up being the last project we worked on together. He was a great friend, and his insightfulness was something that everyone who worked with him treasured. I will miss him greatly.”

With the intense (134,000 lux at 15 meters) output from its 231W Osram Sirius lamp, along with its compact size, the Rogue R2X Beam offered the combination that Armentrout wanted. “We knew what this fixture could do, not only in terms of its output, but also in terms of its performance features,” he said. “Plus, it was compact enough to make sense in this project.”

Performance Lighting Chicago installed 26 of the Rogue R2X Beams at the Allstate Arena, 13 on each side of the hockey rink’s long boards. From this position, the fixtures have to fill the entire rink with light during pregame ceremonies and special presentations, as well as after every Chicago Wolves goal is scored.

“The Rogues have to throw light 85 feet, and they fill the rink beautifully,” said Armentrout. “The team rented the Rogues for the entire season, and they’re thrilled with the performance of the fixtures.”

This enthusiasm stems not just from the output and throw distance of Rogue R2X Beam units, but also from the myriad looks the Wolves are able to create with the fixture. “This is about more than just lighting players on the ice,” said Armentrout. “The Rogues have to light a variety of activities. Also, the Wolves have a lot of fans who come again and again to their games. The team places a priority on varying looks to keep the fans excited.

“From a performance standpoint, the Rogues have several features that make it easy to get creative,” continued Armentrout. “For example, I really like the overlapping prisms and all the beam variations they give us, as well as all the different gobos we can create. The large crisp gobos show up for fans regardless of where they’re sitting. Plus, the Rogues can be focused down to one degree, which makes them great for aerial effects in the arena.”

Looking at the enthusiastic reception the new lighting has received from the team and its fans, Armentrout is reminded about how quickly this project had to come together. He recalls that he had only 72 hours “from the time the client pulled the trigger” until the lighting had to be up and running. Credit, he says, must go to his team: Installation Crew Chief Autumn Venezia; Installation Tech Sal Novello; Programmer Matt Graf; Operator Tyler Armentrout; and Operator Joe Kelzer. “Also a big shout-out to the local 2 IATSE house crew — some of the best guys in the business!!” he added.

“Everyone involved in this project moved fast,” he said. Just like the players skating for the Chicago Wolves, and the team’s new moving light system. 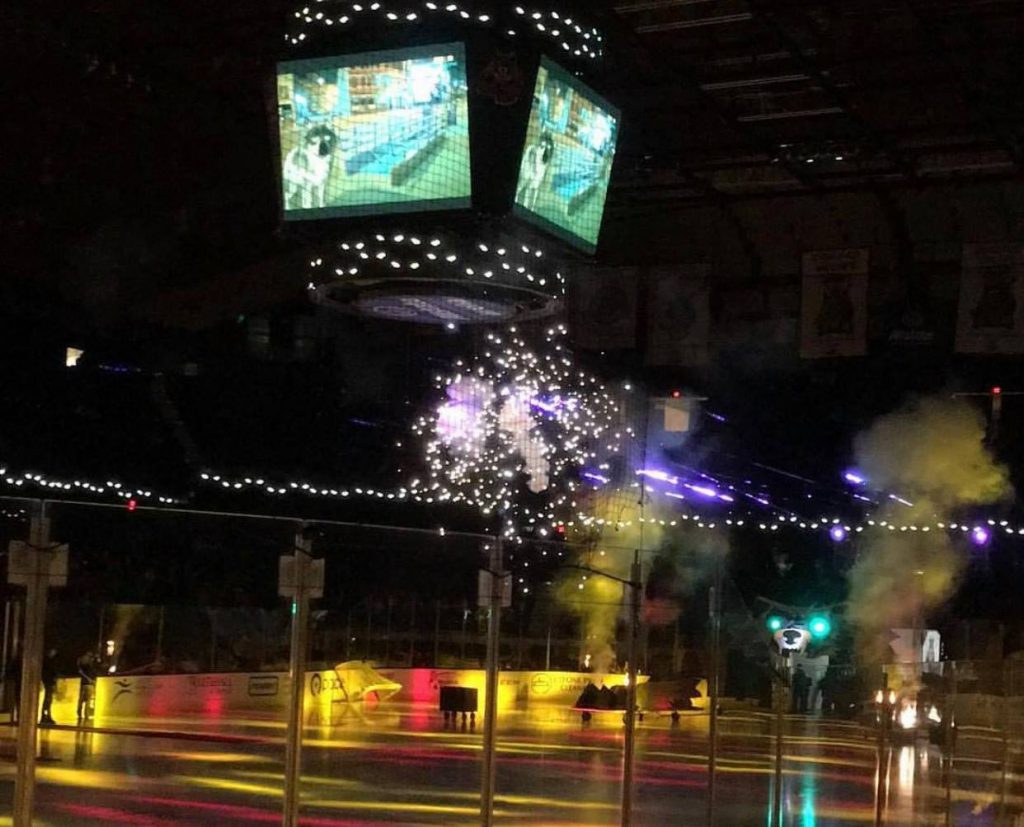