The Cangris concerts were about much more than superstar performances, however; they were also a spirited celebration of trailblazing music and the reconciliation of two gifted friends who joined forces in the ’90s, then spent more than a decade apart, before their recent reconciliation. Reflecting the passion of these events were two sweeping and transformative lightshows by Daddy Yankee’s LD David Ayala, and Juan David Guerrero, the designer for Nicky Jam.

Drawing on the far-ranging performance features of over 120 CHAUVET Professional fixtures supplied by Musique Xpress Lights, the two designers created a myriad of looks for the four performances.

This versatility was well suited for the Cangris concerts, which never followed the same path on any two nights. Beginning with a video depicting the singers’ reconciliation, the show went on to take the audience on a musical journey with hits like Daddy Yankee’s “Shaky Shaky Remix” and classics like “Guayando,” “Seguroski” and “Muévete y perrea” that evoked memories of Reggaeton’s early underground days. Emotions also ran high when the stars sang their first duet of the concert, “La combi complete.” Through it all, the lighting reflected the mood of the music with changing colors, pan and tilt movements, gobo patterns and beam angles. 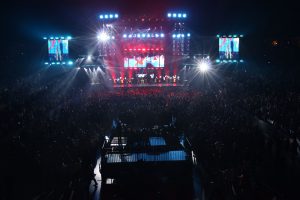 Included in the multi-faceted lighting rig were 24 Rogue RH1 Hybrid fixtures arranged on the stage deck and flown on multiple truss bars that were positioned at four different height levels. The intense 330-watt moving fixture was used as an aerial beam as well as for stage and audience washing. By changing the fixture’s beam angle significantly, the designers were able to create wide variations in coverage area at different points in the performance.

Another key player in the rig was the COLORado Batten 72 Tour. Ayala and Guerrero used 36 of these RGBWA linear effects, coordinating them with large video panels at center stage and at stage left and right positions. Rows of the COLORado Batten 72 Tours were positioned over and under the video panels, giving them an extra dimension and making their images pop more dramatically.

At the top of the rig were two rows of four Nexus 4×4 LED panels. An additional 21 Nexus 4X4s were used atop an arched upstage structure that ran across the center of the stage. In addition to defining the upper areas of the rig, the Nexus units were used for audience blinding and color washing.

Also adding color to the stage were 20 COLORado 4 IP and 16 COLORado 1 IP fixtures that were flown on a series of four vertical truss structures positioned on either side of the center stage video wall. The designers often used the COLORado fixtures to create a deep wall of fiery colors behind the artists on stage. In so doing, they created a perfect backdrop for this celebration of the emotional power of friendship and heartfelt music. 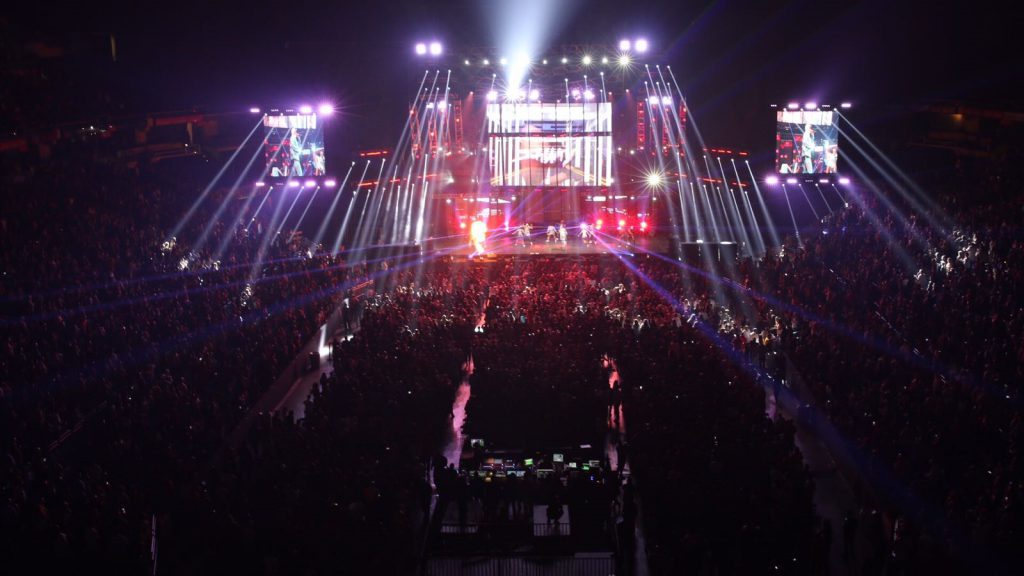