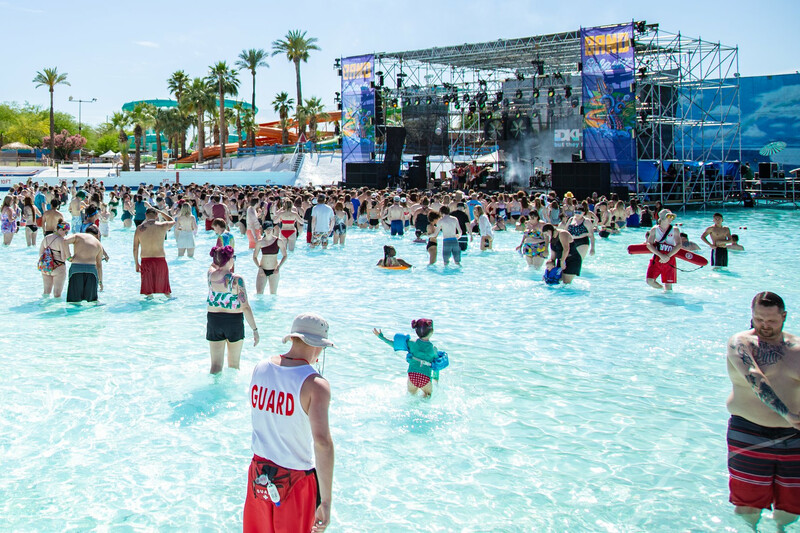 Its name may evoke images of the deep blue sea, but the nearest ocean beach is 220 miles away in Rocky Point, Mexico. That isn’t to say you can’t catch a wave at Tempe, Arizona’s Big Surf Waterpark, which features a 2.5-million-gallon “Waikiki Pool” capable of creating five-foot waves.

At different times during the year, Big Surf turns off its wave machine, has a stage erected partially in the pool, and hosts music festivals that offer guests the chance to hear national acts while splashing in the water.

John Garberson and his team at Creative BackStage have been providing the lighting and video consulting to the park for a decade. For Garberson, who has worked more than one hundred festivals in his career, Big Surf is more than just another venue. The 52-year-old waterpark (America’s oldest) holds a special place his heart that’s nurtured by history and professional pride.

Memories of coming here as a child from his New Mexico home still have a powerful resonance. There is also the sense of satisfaction that comes from having worked the 2011 Sound Wave Festival, an event that brought live music back to Big Surf, which had stopped hosting concerts after featuring bands like Pink Floyd and The Beach Boys in its earlier years. 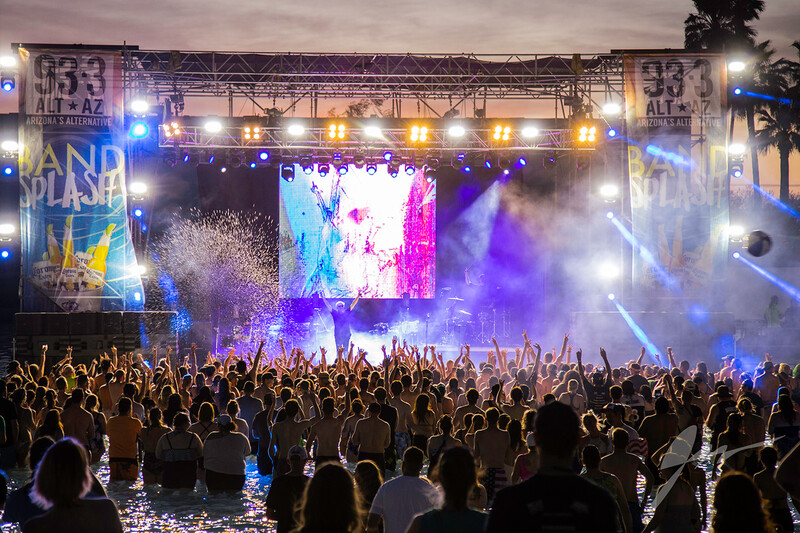 Beyond these personal connections, though, Big Surf stands out to Garberson for another reason: he relishes the challenge of being involved in the process of creating a stage alongside an in a massive pool. He spoke to us about the demands and joys of working this unique venue.

When did you first encounter Big Surf?
“The first event I work at Big Surf was an two-day EDM festival back in 2011, Creative BackStage was hired by SLE to supply production: stage, sound, lighting, video and labor, for their first annual Sound Wave Music Festival.

“That event was held during their off season when the pool was empty. Because Big Surf is the US largest wave pool we had enough room to build a motorized roof system along with accommodating over 5,000 people inside the pool. I have done many events there since, and one thing we try to do is fill in audience lighting into the pool empty or not. We do break up patterns and color washes. Otherwise, it’s dark and the venue lighting is that harsh white flood.”

Has Big Surf inspired you creatively since you first saw it?
“This venue was not designed for large scale productions, since the main area for a stage is in the pool. By doing bigger music events there over the years. I have learned a great deal about the science of logistics and planning.

“The load-in process is not simple. It’s over 700-feet from where the trucks are unloaded to the stage in the pool area. A forklift will only get you so far. A 700-foot push in the Arizona heat can kill your crew right off the bat if it’s not planned correctly. 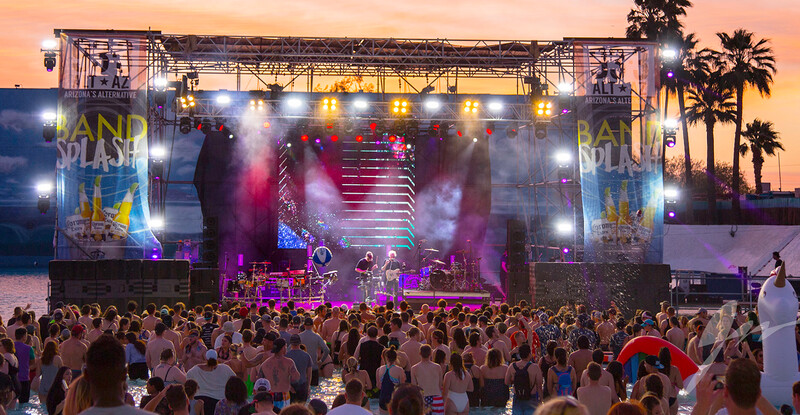 “Nowadays, the stage is built into the water, so we have to be creative in any design, as if we’re working on a small island. There are a lot of safety issues to consider in terms of the scaffold, video screens, sound, banners and so forth. So yes this venue always pushes through creative thinking in planning and design.

“Plus, when building in the water, we need to watch the stage height and splash zones. Power comes from the back high above form the volleyball court, which is a 400-foot run that has to follow a narrow path to stay away from the water. It’s not an easy place to work, but when you see the final results it’s worth it!

What makes this place special to you?
“The very first time I went to Big Surf was when I was a kid in middle school. Back then we lived in New Mexico and came over a few times a year to see family. When we did we’d try to go the park when we could. Then fast forward to 2011, and that was my first time back there in about 30-years. We’ve been doing events there for almost 10 years, and I’ve gotten to know the park very well. A lot of big acts like Elton John played there in the past. Knowing that I have help revived the music scene there is pretty special for me.” 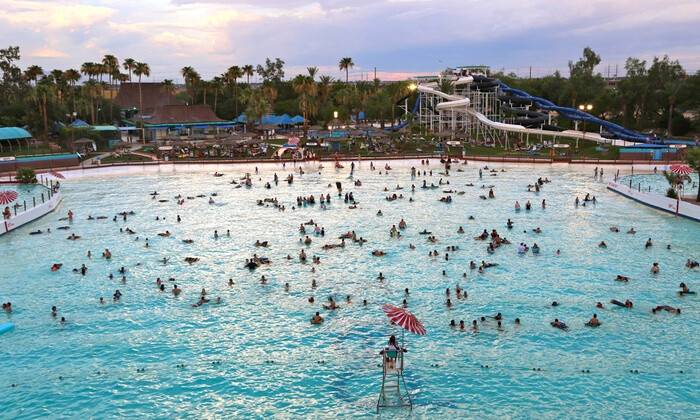 You’re also an accomplished photographer. Has this setting inspired you in that area as well as a lighting pro?
“It has. The first time I took aerial photos from a helicopter was when we started to work the Wet Electric festival. Each year I try to escape the show and go back up and photo it from 600-to-1,500-feet. One thing I love to photo is the shows with the stage in the water. The splashing with the lighting and the artist and crowd creates some awesome shots you really never see during a show on dry land.”