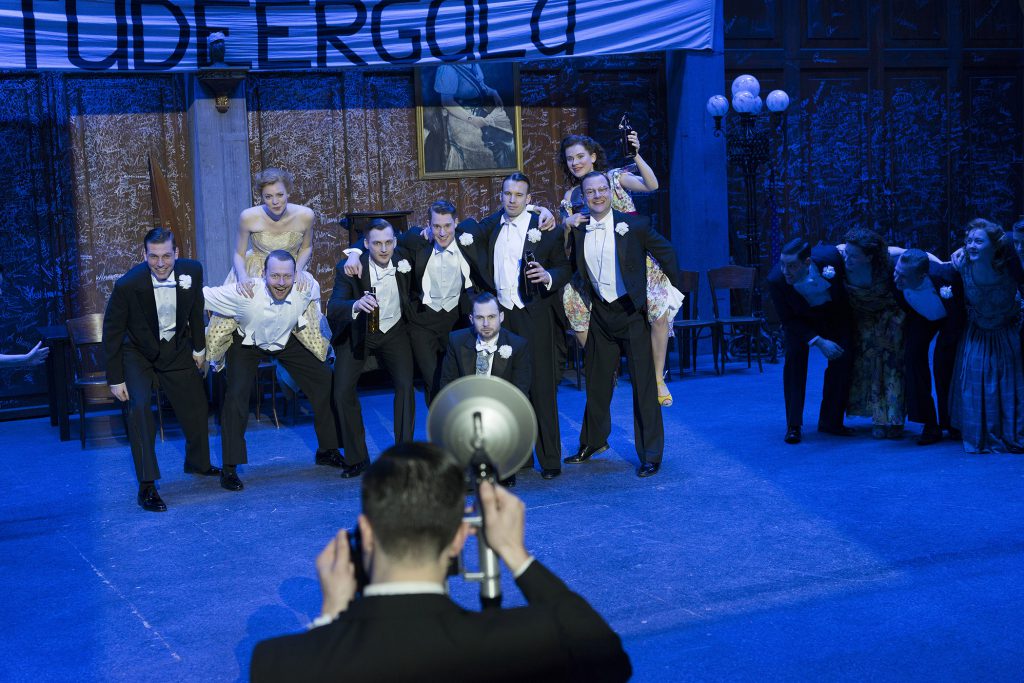 AMSTERDAM, The Netherlands –  Over 2.5 million spectators have visited the TheaterHangaar, a former military aircraft hangar, to see Soldaat van Oranje – The Musical since its debut in 2010. The longest running performance in the history of Dutch theatre, the show tells the story of World War II resistance fighter Erik Hazelhoff Roelfzema. Audiences are treated to a multi-sensory, immersive experience at this unique venue, as they sit in comfortable movie-theatre seats in the auditorium that rotate from scene to scene. The different sets feature an array of special scenic elements that includes parts of an actual airport runway, a beach with real sand and water, two fully functional motorcycles, and a 1940s vintage Dakota C46 airplane.

Adding to the transformative experience is the theatre’s newly re-imagined lighting system that features CHAUVET Professional Ovation B-2805FC and Ovation B-565FC color-mixing fixtures, supplied by PRG Netherlands. Lighting technicians Gijsbert Stalenhoef and Joris Visée, in cooperation with technical manager Tjitte Meijer and PRG’s Mark van der Werff, installed 36 of the Ovation B-2805FC battens and 15 of the Ovation B-565FC static wash lights to replace the 116 fluorescent fixtures that had been used to light the theatre.

In addition to increasing the energy efficiency of the theatre’s lighting system, the RGB-Amber-Lime LED Ovation fixtures enrich performances at the theatre, thanks to their realistic color rendering. “The Ovation fixtures are a great replacement for the fluorescent strip lights,” said Stalenhoef. “There’s so much more depth to the set pieces now. The texture on walls and costumes really pops – and we still only run the Ovations at about 30% capacity because they’re so bright.

“As far as the color rendering of the Ovation fixtures is concerned, their impact on our show has been amazing,” continued Stalenhoef. “For example, our lighting can now closely match an original scene in which a leading character arrives on stage flustered and out of breath. We did this by adding some extra red to the overall color, just up to the point where you couldn’t tell it was there, but when the character turns to face the audience, the light department were amazed at how much redder and more exhausted his face looked.”

In addition to the renewed creative possibilities awarded to the show, the installation of the Ovation fixtures brought a number of practical advantages over the previous fluorescent lighting. In replacing the fluorescents with Ovation LED fixtures, the show’s technical team was able to cut back on over 50% of fixtures, removing about a kilometer’s worth of DMX cable in the process.

“With the old fixtures, we had to repair or change out three or four fixtures every week, which is not a simple task in fixed sets that remain in constant use,” said Stalenhoef. “With the Ovations, we haven’t had any major technical problems since their installation around a year ago. These fixtures are rock solid.”

Thanks to the Ovation install, Soldaat van Oranje – The Musical can safely march on with its future performances, safe in the knowledge that its visual prowess remains consistent.