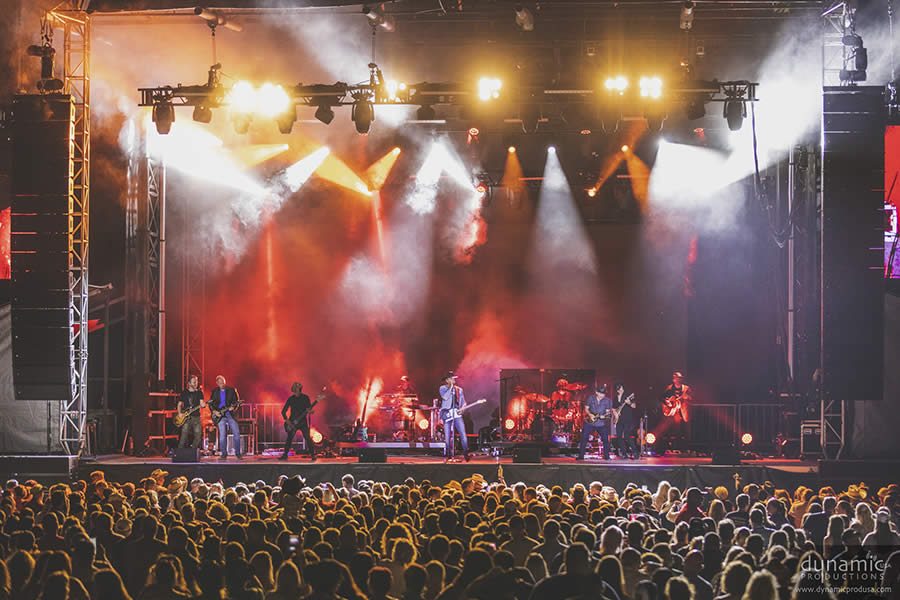 MIDDLETOWN, NY – Growing up in northeastern Louisiana, country superstar Tim McGraw was familiar with the kind of hot, humid night he encountered when he took the House of Power Stadium stage as the headliner presented by Orange Motorsports and Entertainment and House of Power Production at the Orange County Fairgrounds. On stage McGraw relied on his team, including longtime lighting designer Patrick Brannon, to bring the kind of production associated with a multi-Grammy winning icon.

Although the House of Power Stadium stage was not nearly as large as many that McGraw performs on, Brannon was able to give him comfortably familiar production-style looks with help from a rig that featured a collection of CHAUVET Professional fixtures, including the new Maverick MK3 Profile, supplied by Dynamic Productions.

“When I design for a full production tour, it’s exactly that. The tour carries everything, so I never have to worry about different fixtures,” said Brannon. “On these tours I typically focus the lighting, and then we are show ready. For state fair and festival touring, it’s a different system every day!”

“So when I design for those dates, I use lighting fixtures in basic/common modes that are more responsive to cloning,” he continued. “With that being said, I put together a design that is not out of budget for these promoters to provide me with the tools I need to give the fans a show that maintains the energy that our more common venues offer. The Maverick fixtures were a big plus in helping me do that at this fair.” 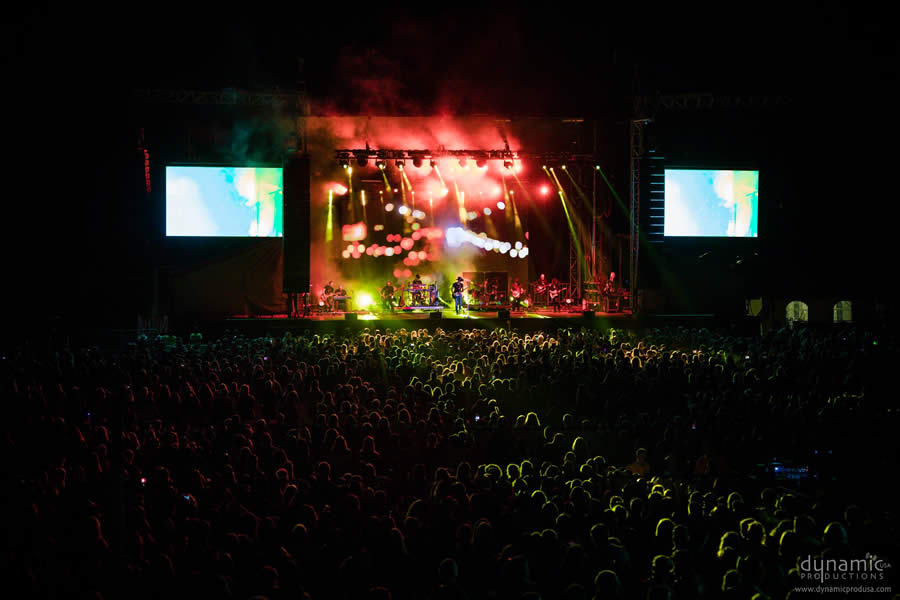 Dynamic Productions’ rig for House of Power Stadium included 15 Maverick MK3 Profile fixtures flown on midstage and upstage truss. Brannon used the profile units as hard edge FX fixtures primarily for solos and aerial graphics over and on the audience.

The high output (51,000 source lumens) fixture earned high marks from Brannon in filling these roles. “All the gobo and profile elements that I need from a profile fixture are there in the Maverick MK3,” he said. “That’s not to mention the impressive intensity and optics. I am extremely satisfied with this fixture. It performs as well or better than any LED profile out there. For me, another huge advantage with the Maverick MK3 Profile is the weight. With technology expanding the motion and automation available to designers today, weighing too much is a deal breaker.”

For eye candy, Brannon found the 10 Maverick MK Pyxis fixtures in his rig to be invaluable. “The Pyxis is an excellent fixture for my taste,” he said. “I actually cloned it to two different fixtures. I used the center beam for some super cool aerials, and the outer rim for a color wash. Due to the time frame, I was unable to utilize all the LED FX available. I didn’t have the time to spend on the programing.”

Adding color to the show were six Maverick MK3 Washes, 13 COLORado Solo Battens, and 10 COLORado 1-Quad Zooms. A collection of six STRIKE 4 blinders was used as audience lighting. There were also three video elements for the show: two outside wing screens for IMAG, and an upstage center wall for content. All panels were made with F4 IP tiles. 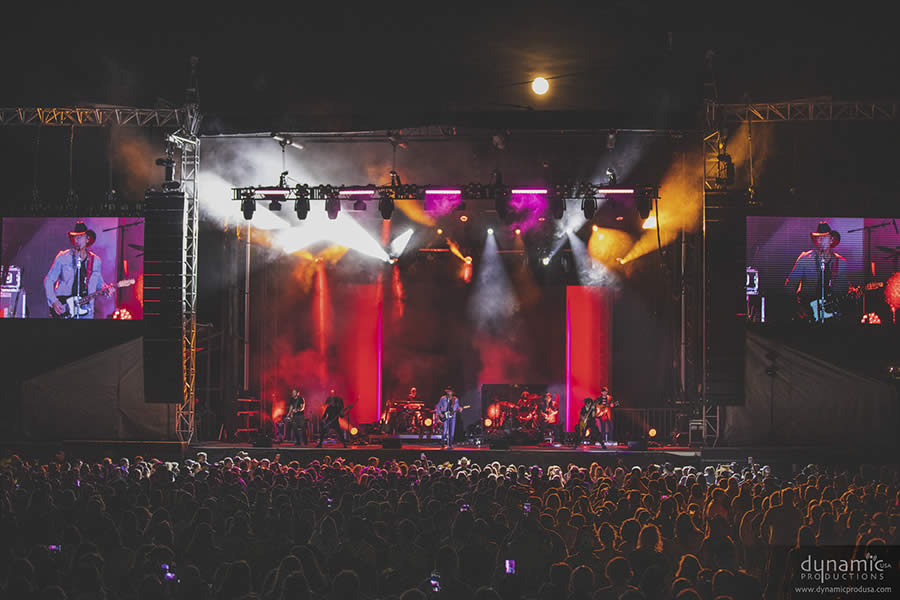 Working with this rig, Brannon created a “high intensity in your face” lightshow with an immediate color saturated return and broad single asymmetrical brush strokes that accented all levels of the performance. “The optics and color dynamics provided by the Chauvet gear made my job a bit easier,” he said. “The wide range of zoom from the Maverick MK3 Profiles was also much cleaner for some of my looks. I feel that the LED source contributed to the smooth color separation from other fixtures in the show to help me accomplish this blending.”

Dynamic Productions made him and his client feel right at home at the House of Power Stadium, said Brannon. So too did the powerful and versatile lighting rig that made it possible to retain a production vibe even in a county fair setting.