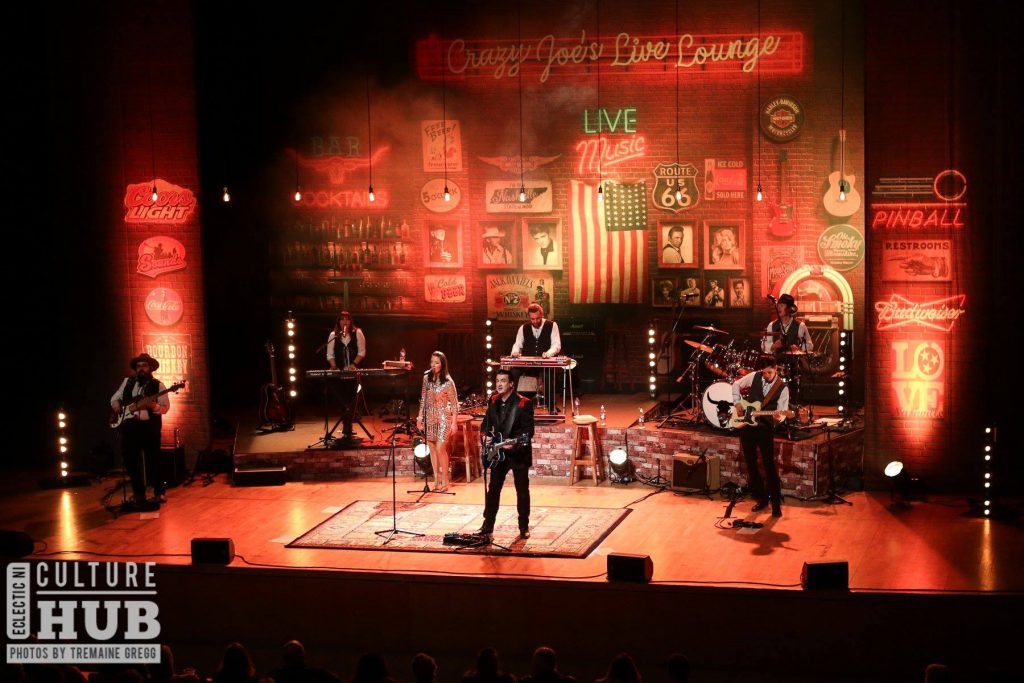 Musical Revues… are they concerts, or musicals? For TPi Award nominee Ollie Wilkinson of Arranpaul Ltd., the answer is “none of the above.” The British designer, who’s worked on an impressive list of popular revues at Blackpool’s historic Grand Theatre, treats them as their own creative challenge.

Feeling the vibe of the music, the way a LD would at a concert, Wilkinson strives to create a unique look for each song, often busking to capture the moment. Unlike at a concert though, he must create his excitement on a smaller theatrical stage with a limited rig.

Then there are the songs themselves. In contrast to most concerts, the musical numbers in a revue are not freestanding compositions, but part of an ongoing storyline that pulls the entire production together in much of the same way that dialogue provides a sense of continuity throughout a traditional musical. Recognizing this, he creates a sense of drama by building up the intensity of his lightshow as the revue progresses.

There is a balancing act in lighting musical revues. It is one that Wilkinson has mastered with style and grace. He shared some of his insights into this unique genre with us.

You’ve done quite a few musical revues at Blackpool, such as Walk Like A Man and A Country Night In Nashville. We’ve always been impressed by how you bring an exciting concert-like feeling to these productions without going into a full concert eye-candy mode. How do you achieve this balance?
“Thanks! That’s very kind of you to say. The answer comes down to this: It’s incredibly easy to make a show look fantastic when you have 200 moving lights. It’s a much more intense challenge to make a show look as fantastic when you only have a few par cans.
I always start any design with pencil and paper. I ask myself what I need to achieve, and how I can go above and beyond, whilst making it different. I then move my rough sketch into CAD software. One of the most important decisions when designing a show is fixture positions and types. The idea that you can make a 4M deep stage look and feel 14M deep is what lighting design is all about.”

How does lighting a musical revue like A Country Night In Nashville differ from lighting a more traditional musical like In The Heights or Oklahoma, where there’s a distinct story line running through the show?
“Unlike In The Heights or Oklahoma, musical revue shows are all about the music, but at the same time they’re also structured. Shows like A Country Night In Nashville tell their story by using music. Being a lover of all music, I find I can really expand my designs on these types of shows. Your set list is like your script for a musical, in fact, the two are very similar. I still use light and colour to create an atmosphere for a song, just as I would for a theatrical scene.” 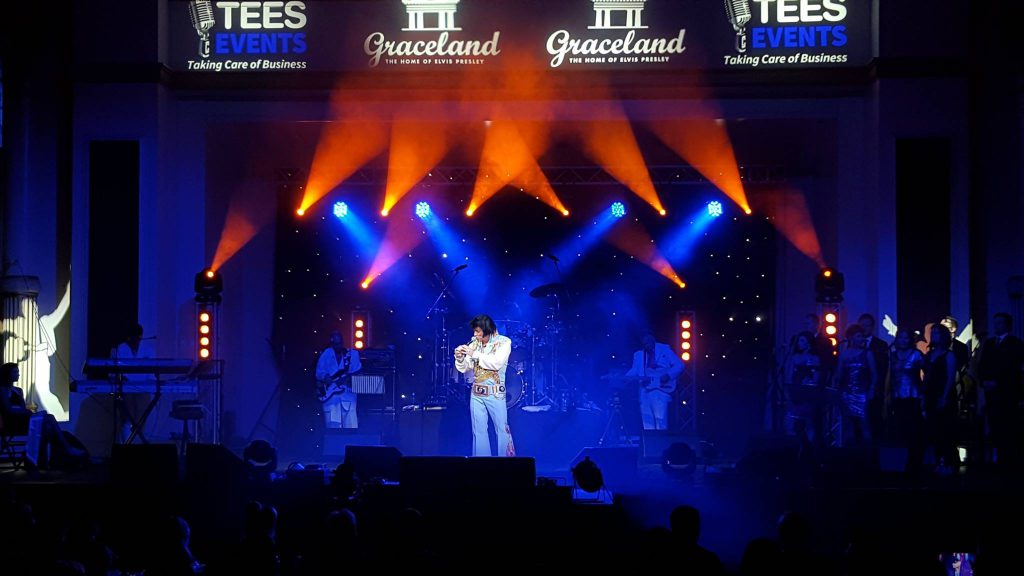 When you light songs in a musical revue such as Walk Like A Man, do you draw inspiration from earlier concert designs of that music, or similar music? Or is designing for a musical revue, an entirely different exercise?
“My first step, is to listen to the music. I always start each number with the minimal basics.
Intensity comes first. I then move onto angles that I’m going to light the artist from. Then finally, I get to colour. After that, I start adding specials as needed.

“Once I have lit the main structure of the song in my head, I then start thinking ‘what do I NEED to add now?’ Does it need a big moving sweep at the end? Does it need strobes during the middle? Or does this number just need the artist in silhouette with a followspot from behind? I tend to be a minimalistic designer, which gives me plenty of room for those ‘big’ show moments.”

Since many musical revues have multiple songs that are similar, how do you keep your lighting looking different from one number to the next?
“I often save certain fixtures for a specific number, rather than turning everything on from the start. One of my colleagues recently asked me during the show, ‘has the lamp blown in that profile?’ I said no, why? ‘I haven’t seen it on all night.’ That’s because I’m using it for the last number! I also like segmenting the stage. Such things as splitting the entire stage in half with two colors for one number can work extremely well. Sometimes you just have to turn lights off. I have done a number in complete darkness before now. Little things, like not using smoke during the opening number, and then bringing it in for a big rock number can make a massive difference.”

What do you do to light the stage in the interludes between songs?
“This can vary from show to show. Sometimes, a nice humble Congo blue from behind can be nice. Other times I will leave the artist lit and light the crowd with molefays. Of course, I still use a dramatic blackout now and again! It’s really what suits the mood and atmosphere of the previous and upcoming number. It can make or break the intro to the next song if you’re not careful.” 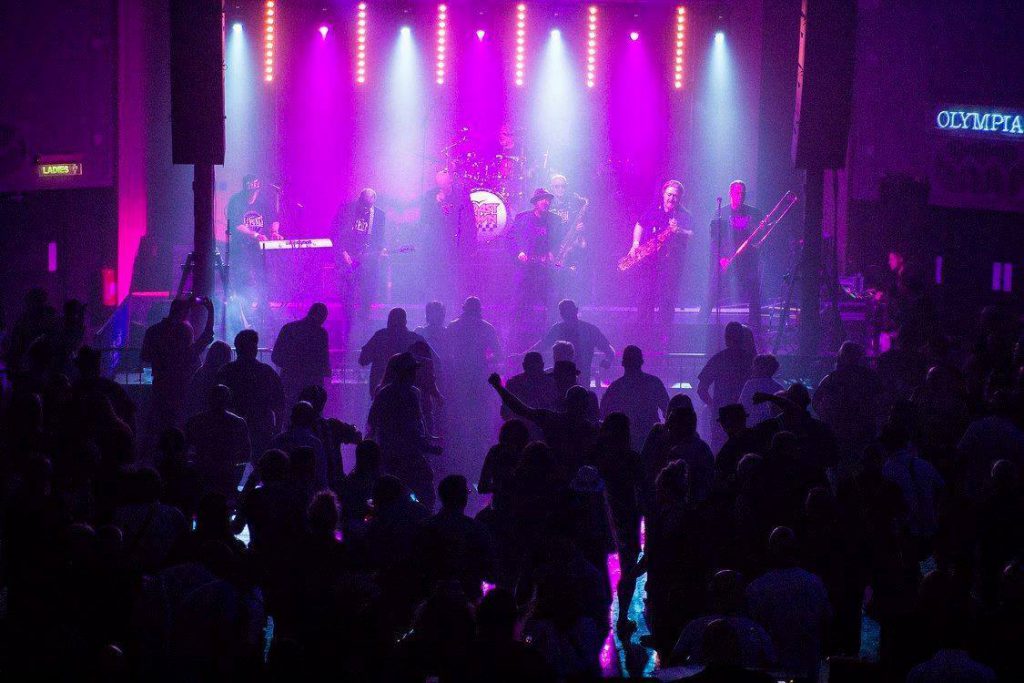 In your musical productions, how do you balance the need to create some exciting effect lighting with the need to maintain key lighting on the performers?
“I think intensity is a major part in lighting design. The key is to always leave yourself headroom when it comes to level. Often, when designing shows, I will make the verse of a number be in lower intensity than the chorus. This gives me a chance to bring the rig to life, but also make an impact. I am a huge fan of lighting people with floor cans and side light, as I see so many shows lit from the front. For me it is always very flat. This often means people rely on effect lighting / colour to change the atmosphere.”

We like how you incorporate scenic elements into your lighting for musicals. Any advice you can share on this subject?
“Thanks! I think you need to be extremely cautious when choosing scenery for a show. A few things to consider, does it light well? Can it react to various colours to give depth? Does it bring the stage to life or over power it?”

What are your thoughts on using video walls in your musical productions?
“I am actually currently working on a design for a tour this year, in which I will be utilizing video walls at different heights and segments. I think it’s important to treat video wall as a fixture, and be creative with different heights, depth and number of panels used. I see a lot of touring shows that put up a huge video wall at the back of the stage, and for me, I always feel that this ‘takes over’ the stage and look of everything.”

You make a lot of use of moving fixtures in your musical productions. Is there a risk of movers becoming distractive in a theatre application? How do you avoid this?
“Ironically, I’ve never been a fan of moving fixtures ‘moving’ as such. Moving lights are for me, a fantastic addition to any show. However, they are still a practical light source that can save time in some respects but cost you time in other areas. For example, A Country Night In Nashville tour has no moving fixtures whatsoever. However, when I design for Nina Nesbitt’s touring shows, it’s lit completely with moving fixtures.”

Any advice on collaborating with directors?
“I think it’s important to respect each other’s ideas and opinions. Light is an interesting attribute and can be perceived differently by everybody’s human eye. You have to remember that everybody wants to achieve the best results possible, and being flexible and open to ideas is absolutely crucial if you want to progress as a designer. In fact, when working with somebody who doesn’t understand light, you can create something rather unique.”

Since these productions are so driven by individual songs like concerts, do you ever punt as programmers often do in concerts?
“Absolutely! 95% of my work is done whilst designing the show. The other 5% is done on the fly. Shows need to have those ‘natural’ punts, bumps and stabs. When I hand over my show to the programmer / operator, I feel it is imperative that they can have an artistic input.”

What is the most important thing to remember when lighting a music revue?
“I think the most important thing in general when it comes to lighting, is remembering that you are not ‘lighting it for yourself.’ You are ‘lighting it for everybody.’ This sometimes means you need to take yourself out of the comfort zone and explore new and alternative avenues. In a music revue, it is essential the lighting fits the mood and musical timing.
Remember, colour is your most powerful tool in the world, so be gentle and careful in how you use it. Also, darkness is your friend, don’t be scared of it!” 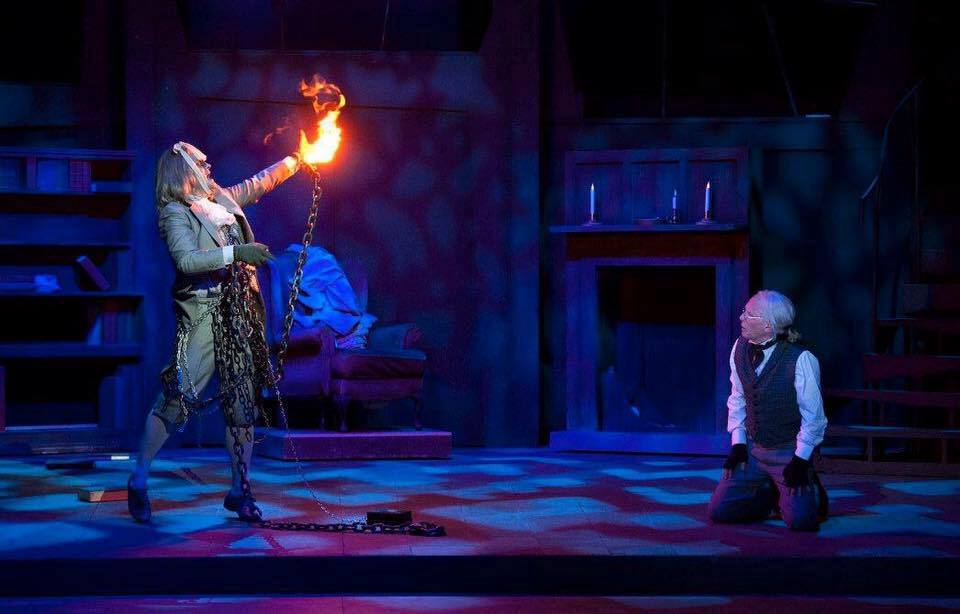