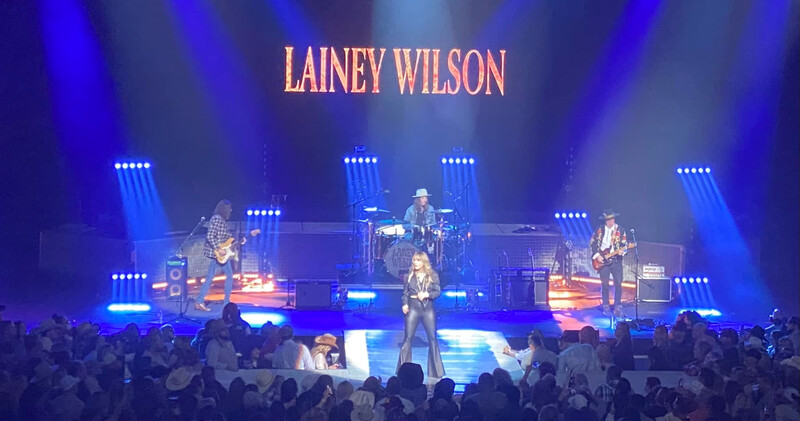 LAS VEGAS–  According to the neurologists and psychologists who study such things, dreams rarely last longer than 45 minutes. Most are typically much shorter. That is, of course, for the type of dreams people have at night.

Then there are other kinds of dreams, the ones that “come true” when a person reaches a long-cherished goal. Those tend to last much longer.  They also take much more time to achieve.

Lainey Wilson is very familiar with that timetable. The Louisiana-born artist first laid eyes on Nashville as a nine-year-old when she successfully persuaded her parents to make a detour to the city on a family road trip. Two years later, she wrote her first song. Then, following high school, she moved to the music city with dreams in her eyes.

After ten, sometimes challenging years (she spent some time living in a trailer on a friend’s property), Wilson’s dreams came true in a big way, as she enjoyed a breakout year in 2021, establishing herself as, what one critic called, “the queen of bell-bottom country.” 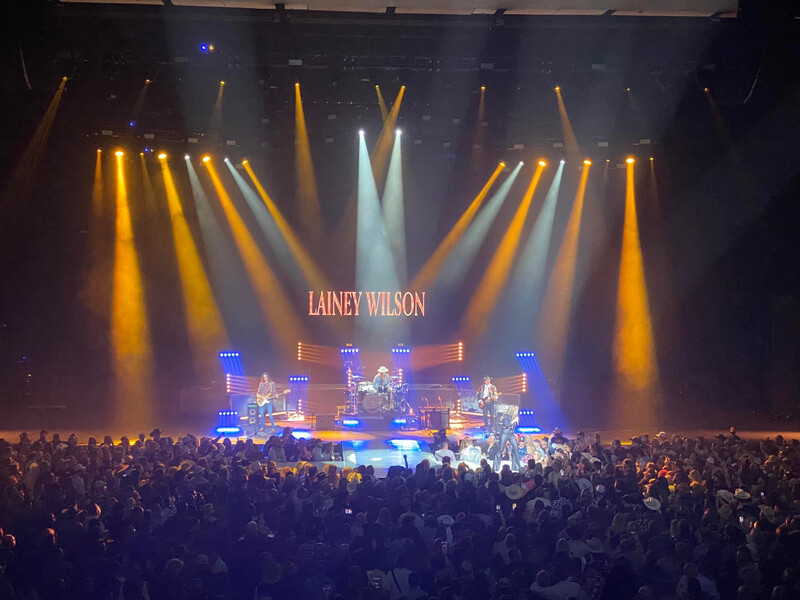 Among the many “firsts” that happened for Wilson this year, have been her first No. 1 hit, Things A Man Ought to Know, and her first arena show as she opened for Jason Aldean on the superstar’s Back In The Saddle tour.  Ensuring that the rising young singer/songwriter was supported by full production looks when the tour stopped at the Park MGM in Las Vegas was Aldean’s lighting designer Keith Hoagland.

Hoagland, who also used CHAUVET Professional Maverick fixtures on the Aldean tour, relied on the Rogue R1-FXB to give Wilson’s show a distinct personality, often directing their independently controlled five moving heads in different directions to change the visual aura on stage.

“We wanted something that would stand out,” said Hoagland. “The FX-B with its five moving heads and rotation qualities gives you a lot of opportunities as a designer to create some unique looks, that aren’t just ‘different,’ but also very attractive.” 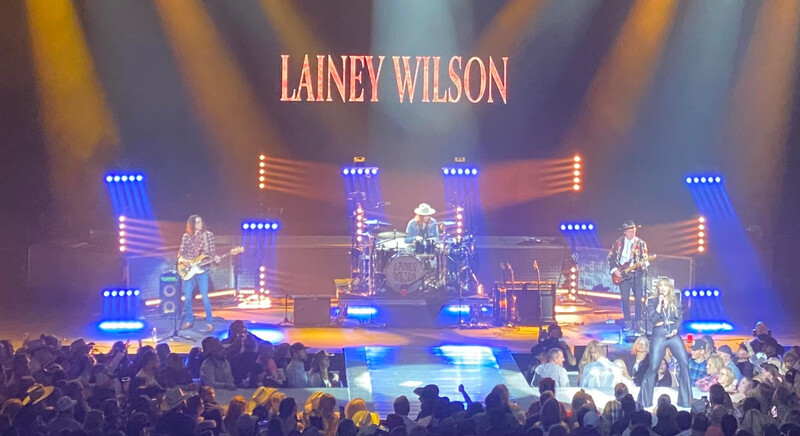 In addition to providing the requisite eye candy, the Rogue R1 FX-Bs framed the stage and added an extra level of warmth to it, being arranged around Wilson and her bandmates.  Positioned at different heights on pipe and base, the linear fixtures also endowed the stage with a greater sense of depth, something that balanced the high trim at the venue.

“It was nice being a part of a milestone in Lainey’s blossoming career,” said Hoagland. “One of the best things for us was when her manager came up and said ‘we finally get to see what Lainey looks like performing with a real produced show!’”

For the young star from Louisiana, it was another dream come true in a magical journey.