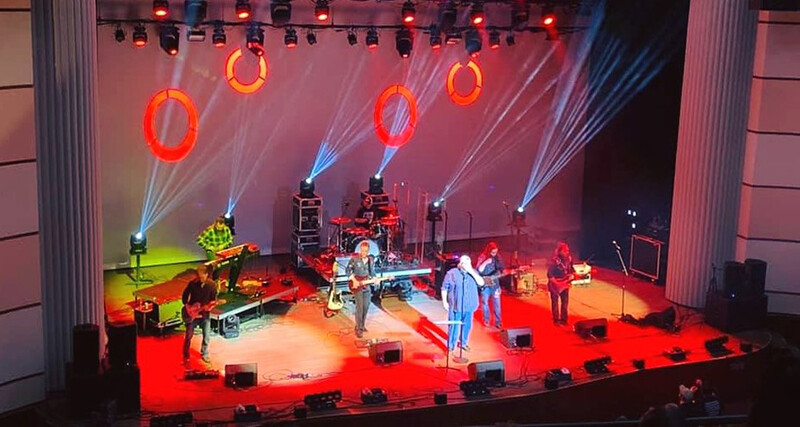 AUGUSTA, GA – Music’s power doesn’t spring only from chords, notes and melodies, it can also be fueled by the relationship between the artists who perform together. Such was the case at the recent Goin’ South Brothers and Sisters concert. Performed at the Miller Theatre by a tight knit group of session and club musicians, the annual show raises money for Camp Wonderland, a retreat that serves children with Autism.

Believing in themselves, and the cause they were playing for, the assembled musicians cut loose with furious, fast, foot stomping covers of Southern Rock classics by the likes of Lynyrd Skynyrd, Allman Brothers, The Outlaws, and The Marshall Tucker Band. Keeping pace with them was an exuberant John Berret designed lightshow that featured 45 CHAUVET Professional fixtures. 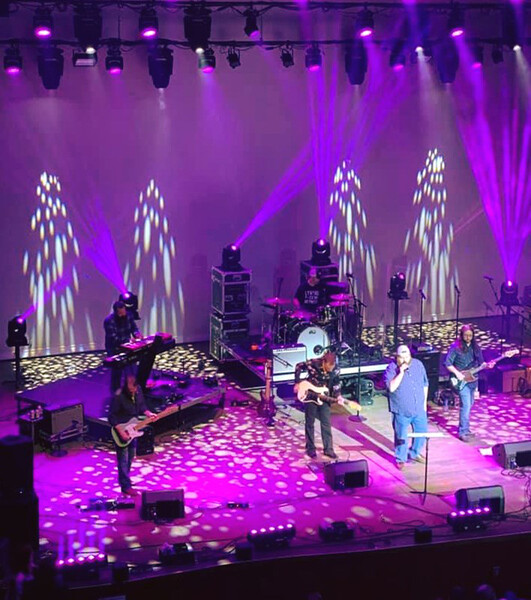 “I have known these musicians for years, and they know each other really well, so there was a lot of camaraderie on stage,” said Berret of Quest Sound & Productions. “My goal was to reflect this very positive feeling with a lightshow that was bright, colorful and full of good energy. Then when things got crazy, I wanted to pump it up with something I was holding in reserve.”

That “reserve” of excitement came from the five Rogue R1 FX-B fixtures Berret positioned on the downstage deck. With their five independently controlled moving heads sending colorful beams in every direction, the RGBW fixtures endowed the stage with all the color of a county fair.

“The nice thing about the FX-Bs is that they really let me create rainbow to accent certain moments without distracting from the artists on stage,” said Berret. “Throughout most of the show, I stuck to one color pattern per song. Of course, we kept changing those patterns throughout the night to give each song its own identity, and keep things interested. Regardless of how I used them, the colors were always bright to reflect the mood of the evening.”

Providing most of the color in Berret’s nine universe show were 21 Rogue R2 Wash and six Rogue R1 Beam fixtures. The wash units were flown on two rows of truss over the stage, while the beams were ground stacked upstage.

“I used the R2 washes for stage washing,” said Berret. “Zoom them out, and you can cover any size stage. I zoomed them in for pre-show and intermission looks. They pack enough punch to look like a beam. When they hit the haze from my Amhaze units, it looked like poles of light going from the floor to the ceiling.

“As for the R1 Beams, I had them create colorful aerial patterns,” continued Berret. “Originally, the show’s producers wanted to have a projector and screen for creating background patterns. When they showed me the patterns, I told them that they could easily accomplish what they were looking for with the R1 Beams. Going from open gobo to the smallest, and having two prisms, gave me all I needed to create the background looks they wanted.”

Berret also used 13 Ovation E-260WW single source 230W ellipsoidal fixtures in his show. Positioned on the second FOH truss, they were called upon to highlight each individual band member.

“The Ovations worked really well,” said Berret. “We were able to focus them in on each musician, so they all got their moment to shine. It was important to the band that everyone felt like they were a part of this special experience that they shared with the community.”