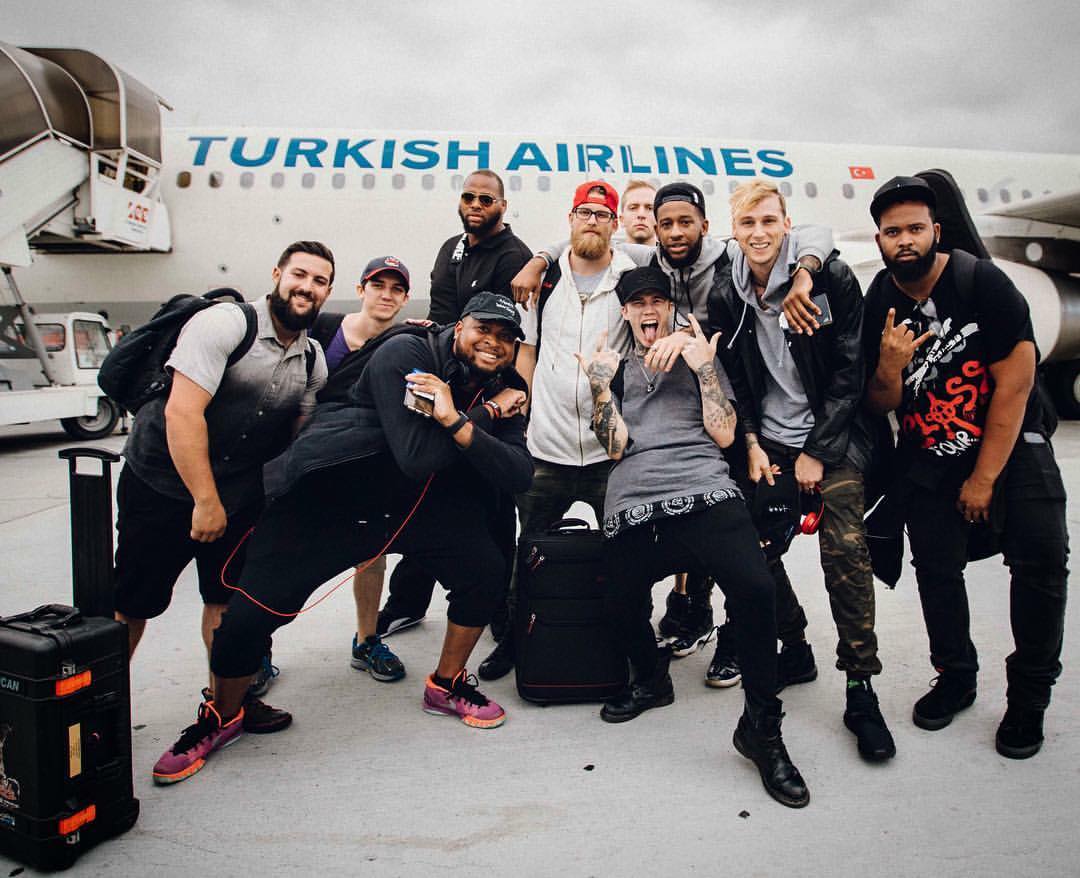 The idea of being a concert lighting designer wasn’t on Alex Kay’s mind when he showed up for work one night in late 2010 at a Cleveland nightclub. Kay was a DJ, and a spot-on good one at that, with a flair for mixing music and handling house lighting rigs. His path for rising in the nightclub world seemed wide open. But fate intervened when a gangly 6’4” rapper named Richard Colson Baker walked into the club.

Sharing mutual friends, the two men hit it off quickly. A short time later, when Baker started breaking into the music scene as Machine Gun Kelly, he had his manager reach out and ask if Kay could run a show for the emerging star at the House of Blues in Cleveland. Never having thought of himself as a concert designer, Kay nevertheless agreed because he “liked the challenge.”

He must have met that challenge pretty well too, because that one-night gig led to a five- year global run as a touring LD for his friend, who soon after their meeting emerged as a multi-platinum recording artist. Kay stepped down as Machine Gun Kelly’s LD in 2016 to assume a position that involved less traveling. He spoke with us about touring with a star and moving on to the next phase of life while still maintaining a relationship with a client and friend.

You did the lighting for Machine Gun Kelly from 2011 to 2016. What were some of the highlights of those years?
“We started out doing small clubs and carrying a very, very small floor package, something like four moving lights, six LED bars, and a couple LED pars. In the early days the highlights were just being able to sell out bigger 5,000 capacity venues for an entire tour, and carrying a nice lighting package was a highlight in itself! It’s always nice when you’re part of something that’s growing. Shows that really stood out for me were selling out the Wolstein Center – our first arena show – the EST Festival, Lollapalooza 2017, Rolling Loud Miami 2018 and the Alpha Omega European Tour. That I can list all of these experiences is special, not many people get to do that.”

That is quite a list. Do you have any estimate of how many miles you traveled with Machine Gun Kelly?
“It’ a lot! I figured that we lapped the entire USA five times, drove coast to coast in Canada three times. On top of that we’ve had a ton of fly dates – and we’ve performed in just about every country in Europe. I’m sure it has to be at last 75,000 miles.”

So, what was the main thing you learned from that experience?
“What I learned from all those days on the road, is that each and every one of them brings a new challenge. You always have to expect the unexpected If you can be flexible, and make the best out of every situation you’ll always have a good show.”

You had a great experience with Machine Gun Kelly and his career is still roaring, so why did you leave in 2016?
“I was offered a position to head up the lighting department at a production company in Cleveland, my hometown. As much as I LOVED touring with the guys, it was also great to settle down, get married, and hangout more with my dogs.”

You’re still doing fly dates and special projects for Machine Gun Kelly. Can you give us some examples? Why are you called in for these projects? How do they compare to touring with the band?
“Every once and a while I’ll get a call from the guys about a certain festival or show that is special to them, and they ask me to come hangout for a day or two. I can’t speak for them on why I’m the one they call for specific projects, but I’m always happy to help out. Touring is so much different than just doing a fly date or festival. When you live within 50’ of each other for months at a time, you form an entirely different relationship then if you just did a show every once in a while.”

How involved did Machine Gun Kelly get in creating the look of your shows?
“Honestly, from day one they’ve just trusted me to do whatever I thought was best and gave me a lot of creative freedom with their show. The band does certainly like playing into various special effects we use on stage, like standing over Vesuvios, etcetera.”

Any advice on how to leave a client and still maintain a good rapport with them?
“I’ve been fortunate enough to have a good relationship with the band since the beginning, so it was pretty easy to maintain that relationship once I stopped touring with them on a regular basis. It 100% depends on the client though – I’ve worked with some artists that want to keep the relationship purely business, and that’s totally fine too (it is “work” after all). As long as you put your best work out there night after night and are enjoyable to be around, maintaining a good relationship should be easy.”