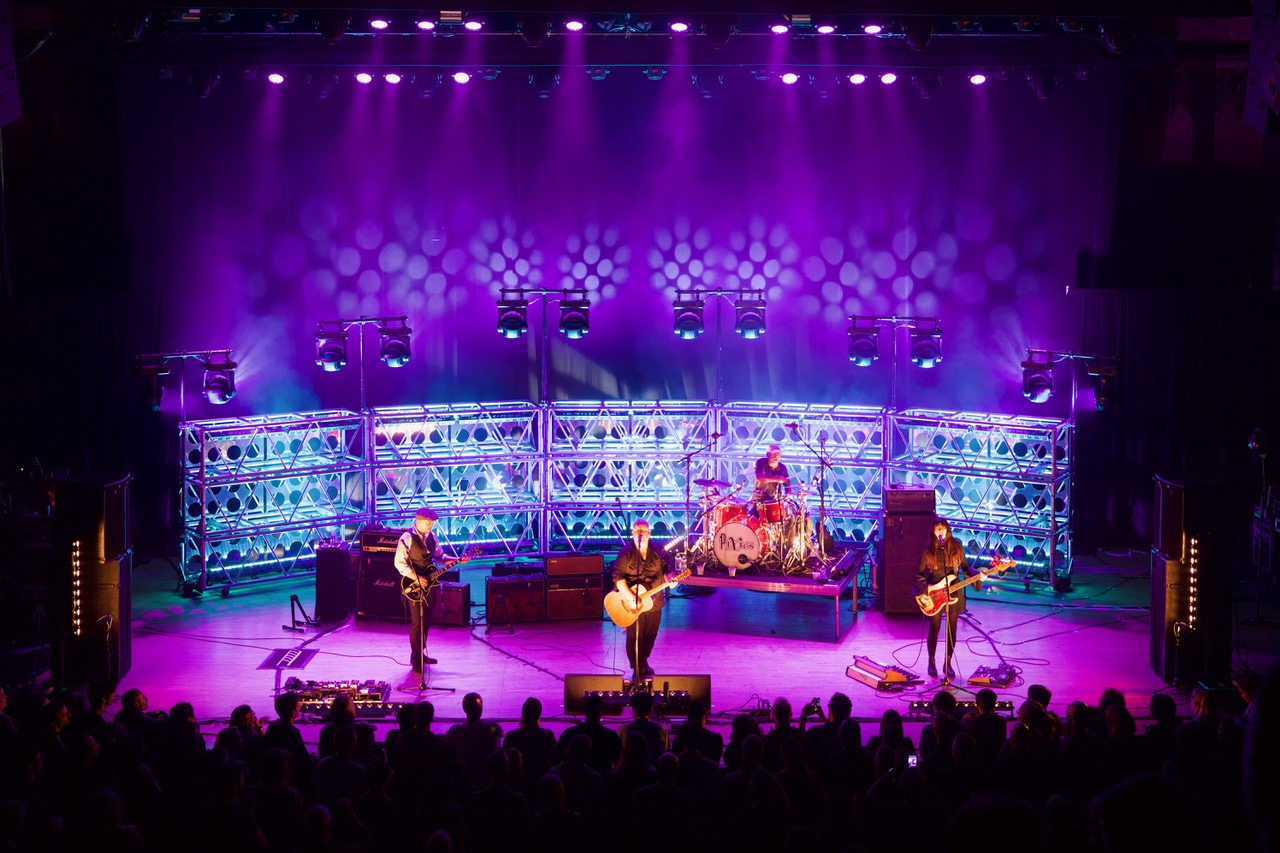 Not simply a band, The Pixies can more aptly be seen as a molten force of rock music, one that has not only left its mark on the genre with a string of seminal songs and live performances, but has also influenced myriad other artists, from Kurt Cobain to David Bowie.

Although they can rock with the best of them, the quartet from Boston has never relied on over the top sonic explosions to move audiences. Instead, their power is drawn from a far more immersive blend of splendidly balanced musical expressions. Their thoughtful and subtle approach to music is mirrored in the evocative visual designs of Myles Mangino, the New York creative who has been lighting their shows for over three decades.

Like his longtime clients and friends, Mangino eschews the quick, easy and sensational, opting instead to dig deeper to arrive at something more transformative and memorable. Taking time from his busy schedule, he talked to us about his relationship with the Pixies and some of the experiences they’ve shared. 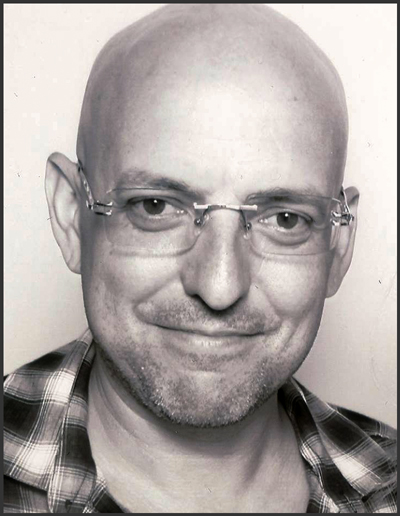 The film loudQuietloud was more than a biographic work about the Pixies, the term has also been used to describe the band’s style of using sharp contrasts in their music. Is this reflected in the Pixies shows you design?
“Yes, absolutely. My show design and programming style follows many years of being a studio engineer and record producer. It’s like when we would have, say, an intro that’s a stripped down version of a chorus when we recorded a song. There would be a first verse that has one guitar track, then a second verse where a second guitar is introduced and the cords begin to open up. Then a new vocal harmony would be introduced in the second chorus, and so on.

“I work on lighting programs in the same way. Typically, I program for the busiest verse and chorus first. Then strip things away to match the other parts of the song. As the sounds from verse to verse opens up we can brighten the colors, or open beams wider; and, as new instruments are introduced, we can bring in new layers of lights, video and scenic elements.”

The Pixies have inspired the music of so many other bands. What do you think has made them so influential?
“Original, timeless songs.” 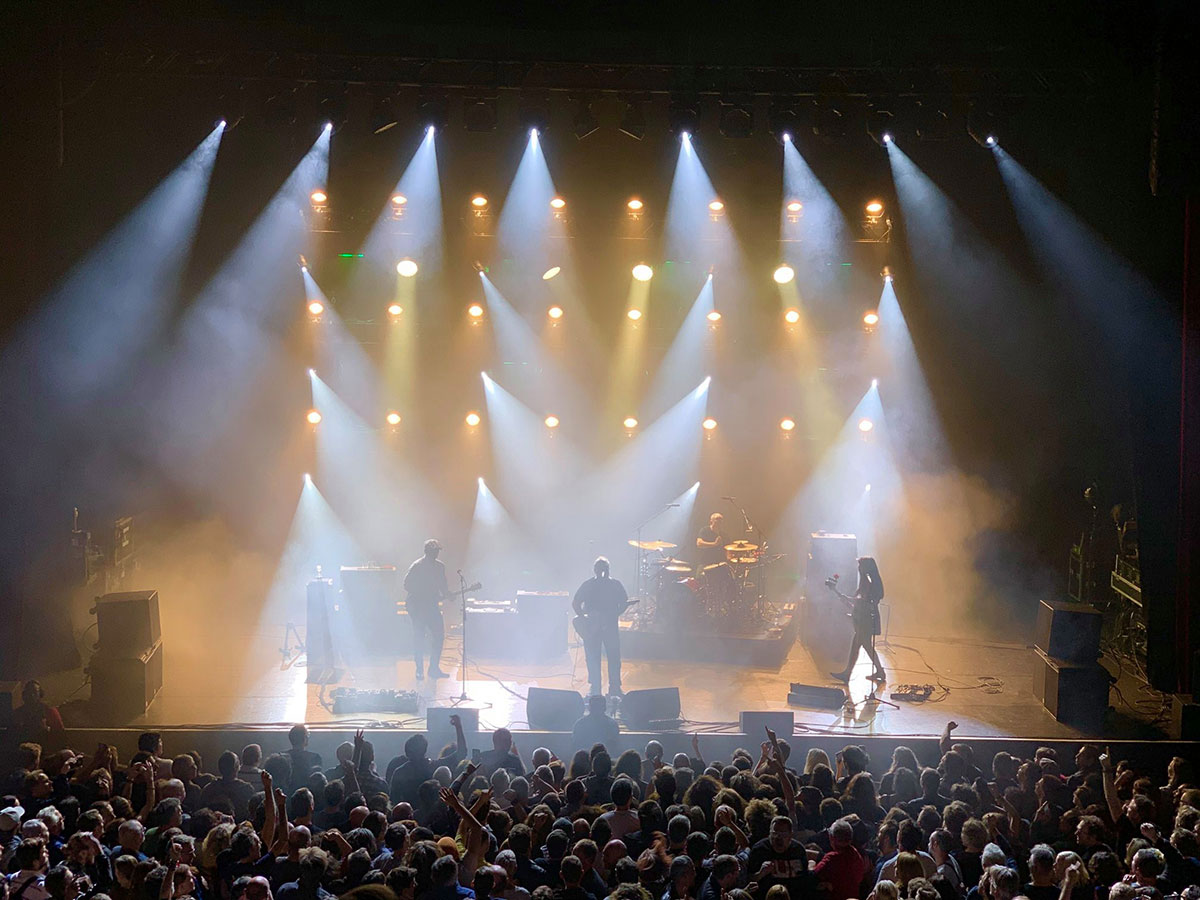 Given that the Pixies are so innovative, did it take some adjusting on your part about how you approached their shows? Did you have to expect the unexpected?
“I’ve always had to expect the unexpected with them. There is no set list. No one knows what song is coming next, not even the band. Charles just starts to play, or makes some hand gesture if another member starts the song. And he often starts the next song while the last one is still ringing out. Banging out 30 or so songs in 90 minutes. So, I would have a page open on the console with all 92 potential songs, and then have a way to blend the last song into the next as soon as I was able to identify what it was. After 36 years of doing shows with them, I usually got it in the first few seconds.

“Also, between songs I will sometimes do a quick blackout, and then put them into a silhouette, so the band and I wouldn’t miss one of these cues to what the next song is going to be. 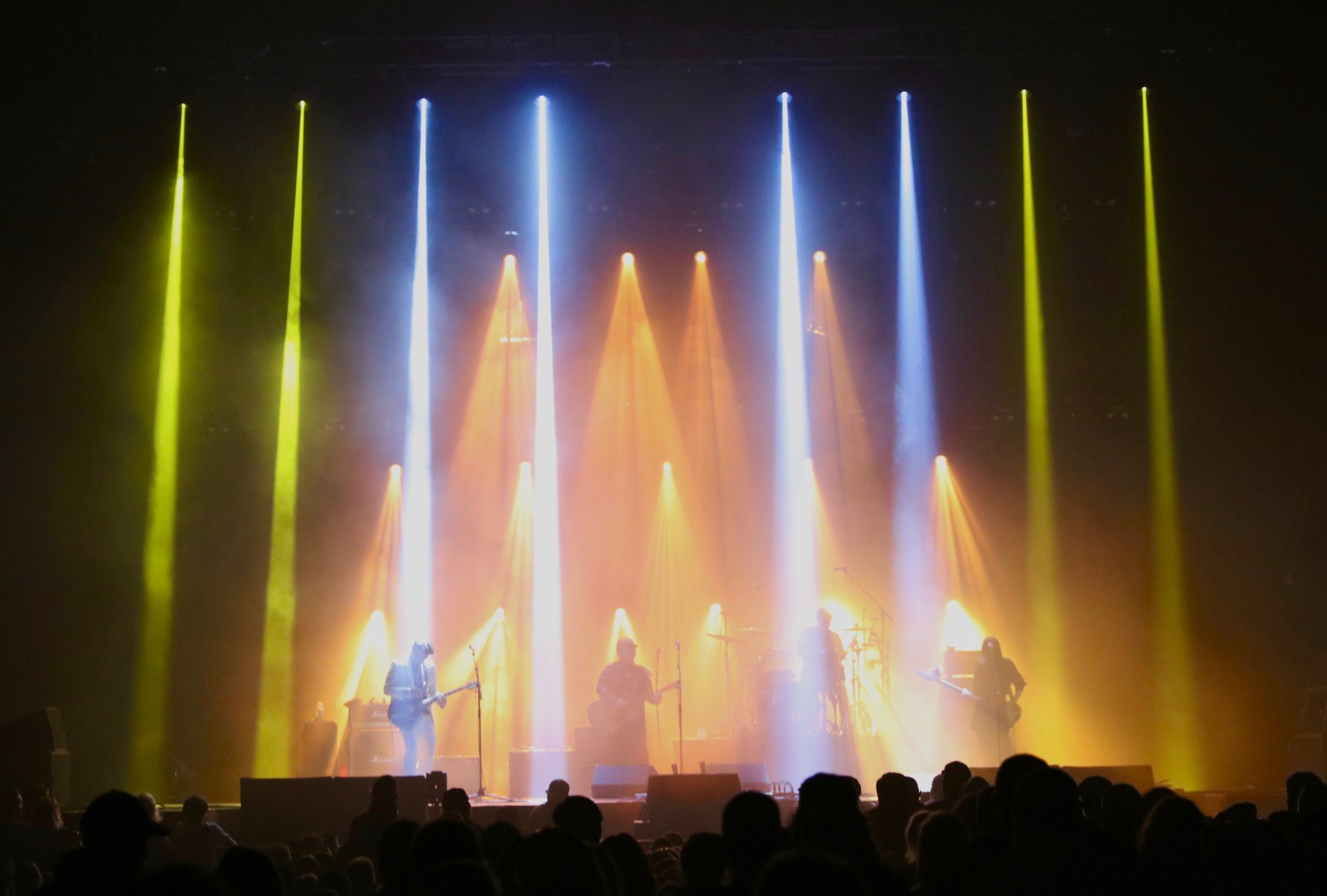 “On the design side I always had complete freedom to be as out there, weird, and original as possible. I always looked to keep the look in line with the sepia tones and demented images of their extensive catalog of art work, and the sharp edges of their tones and lyrics.’

As you just mentioned, you’ve been with the Pixies for quite some time. A lot of technological innovations have happened in lighting since you got together. Has this changed your approach to lighting the band?
“In some ways yes, in some ways no. I always base a design on scenic, stage plots, the artists, and optical effects. Then at the end find fixtures to fill their roll. I never design a light show around lights. You light backdrops, and backline, scenic, the air, the artists, the room and the audience. It’s still the same, you just have more choices now.”

How have your impressions of the band’s creative energy, character and collective personality changed in the years you’ve been with them?
“We all have grown together and continually refined our craft. Hopefully each year the live shows become more tight, more creative, and more of a rich, memorable experience to the audience.” 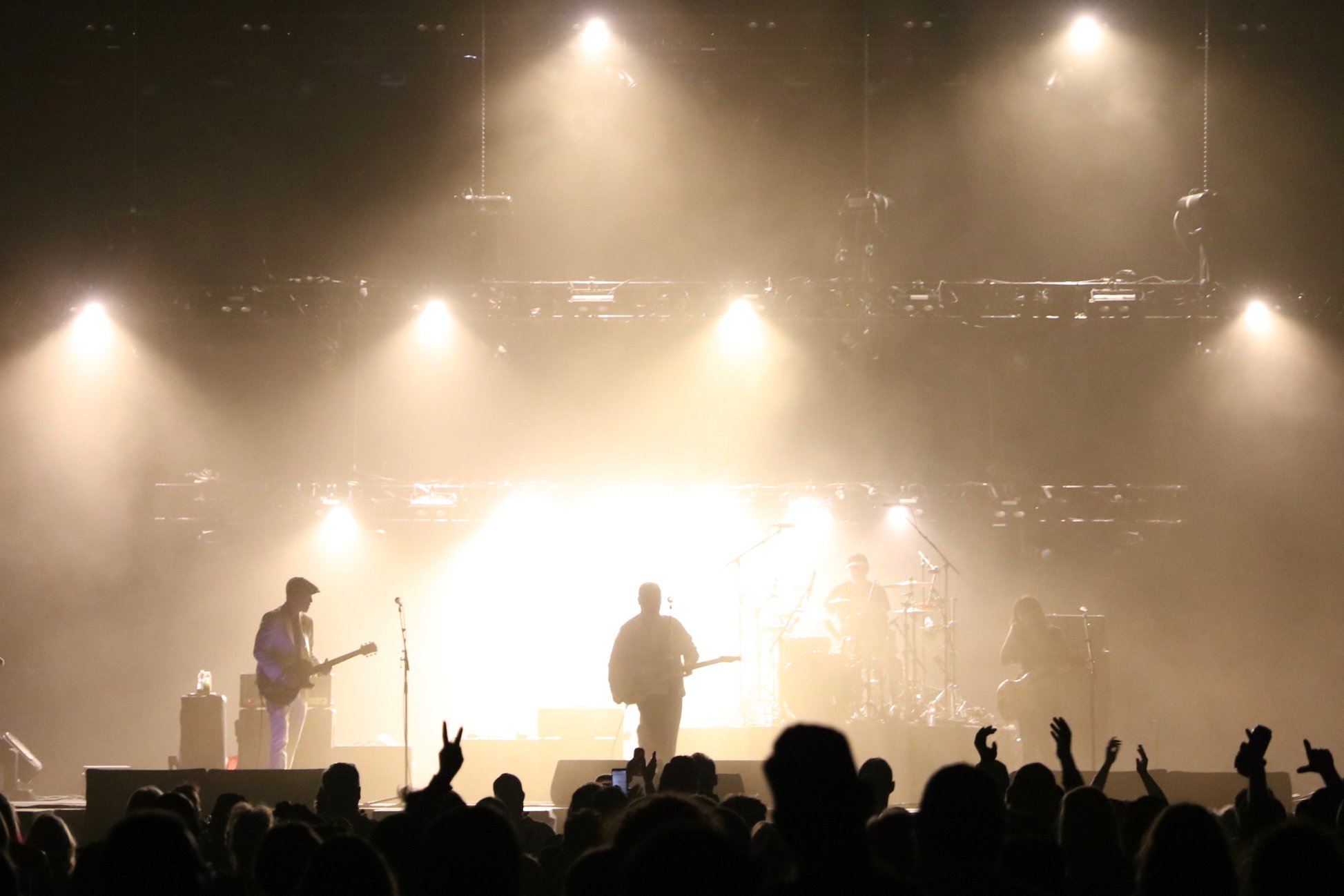 Why has your relationship with the Pixies been so successful?
“I feel the most important thing to remember as a designer is that it’s not your show. It’s the artists’, you are just assisting them in presenting it in the best possible way to the audience.”

Looking back, do any of your Pixie shows stand out as being your favorite, or the most memorable?
“I don’t think the most memorable moments are shows themselves. For me, it’s more about the location, the vibe, or the feedback from the audience. Playing in the citadel in the ancient Castle at Carcassonne, or in a Roman Amphitheater, or the Hollywood Bowl, Maddison Square Garden, The Sydney Opera House, Zocalo Sq in Mexico City, Glastonbury, or Coachella.

“One great story was when we were about to go on stage in Santiago Chile in 2010 when 33 miners who had been trapped for weeks were just being rescued. So I put the news up on the video wall as they pulled them up and the band delayed the show and watched side stage. When the last one was rescued they came out and said (in Spanish) they would play 33 songs that night, one for each miner. It was pretty intense, and the audience went mental.”

What’s the biggest life lesson you learned from working with the Pixies?
“Give loyalty and excellence without excuses or complaints, and it will be given back to you in the same manner, many times over.” 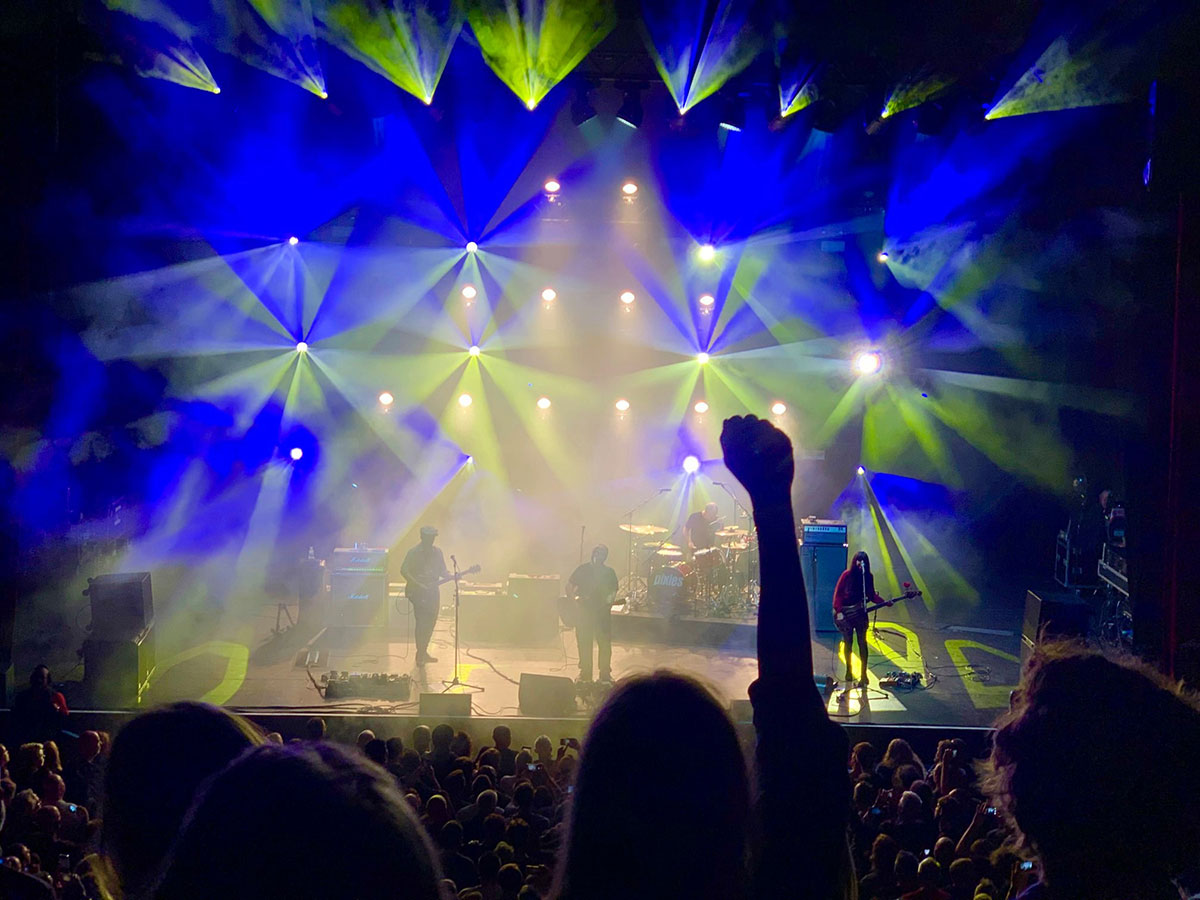