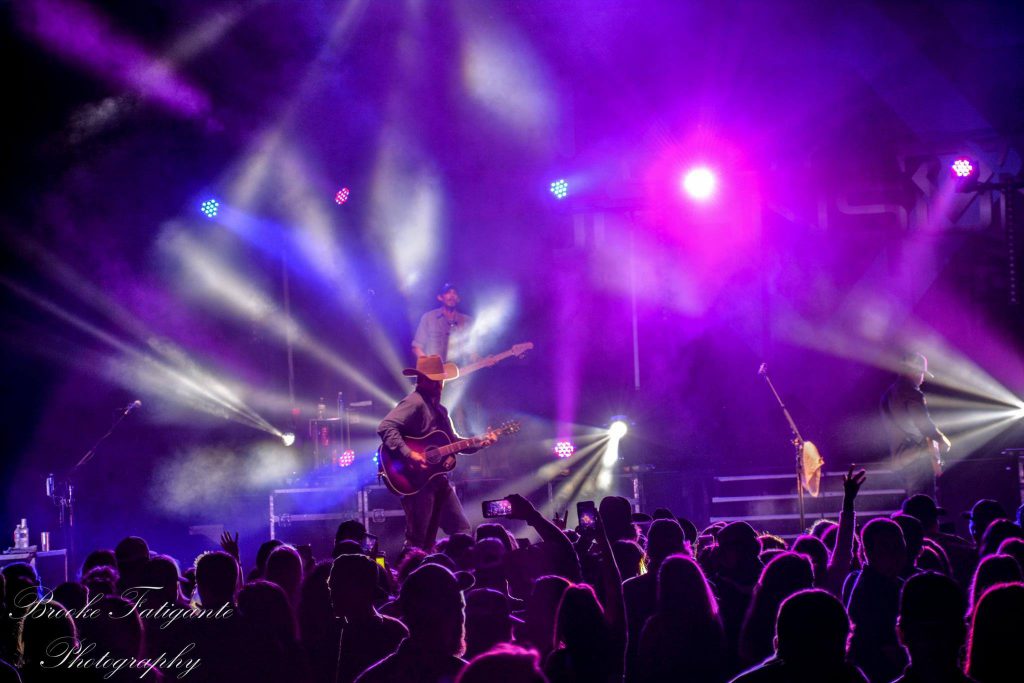 Few rising country music stars have ever followed a trajectory quite like that of smoky voiced baritone Cody Johnson. The former bull rider was working as a prison guard in Texas when he began promoting his self-released albums on social media in 2006. Plugging away, and gradually increasing his fan base (his Twitter following reached 73,000), he shocked the music world with a Top Ten Country album “Cowboy Like Me” in 2014. A couple of years later, he reached No. 2 on The Country Charts and No. 11 on the Billboard 200 with “Gotta Be Me.”

With him every step of the way on this incredible journey has been his longtime lighting designer Jimmy Davidson. Like his client, Jimmy has taken success in stride. Mirroring the music that they support, his lightshows exhibit a powerful, honest intensity with ample amounts of audience engagement. We caught up with Jimmy for this “I’m With The Band” series article to discuss what it’s like to be lighting a skyrocketing star.

How did you meet Cody Johnson?
“I met Cody through working gigs for my production company Texas Stage. The first few gigs I worked with him on I was the Front Of House Audio Engineer, from there it led to lighting his shows.”

When you started did you imagine the relationship would last this long?
“Yes, when I started working with Cody I knew it was going to be a long-lasting relationship because we just clicked. I respected him as a person and what he was doing with his career.”

Speaking of Cody’s career; it has really taken off since you hooked up. How has this changed the way you design for his shows – especially now that they are in larger venues?
“The design really hasn’t changed that much over the years. We’ve just grown it and built it up to fit bigger venues. The attitude of the lighting hasn’t changed, just as the attitude of Cody’s music hasn’t. We still deliver the same high energy, crowd connecting show we did in the smaller venues…we just add more lighting as well as risers.” 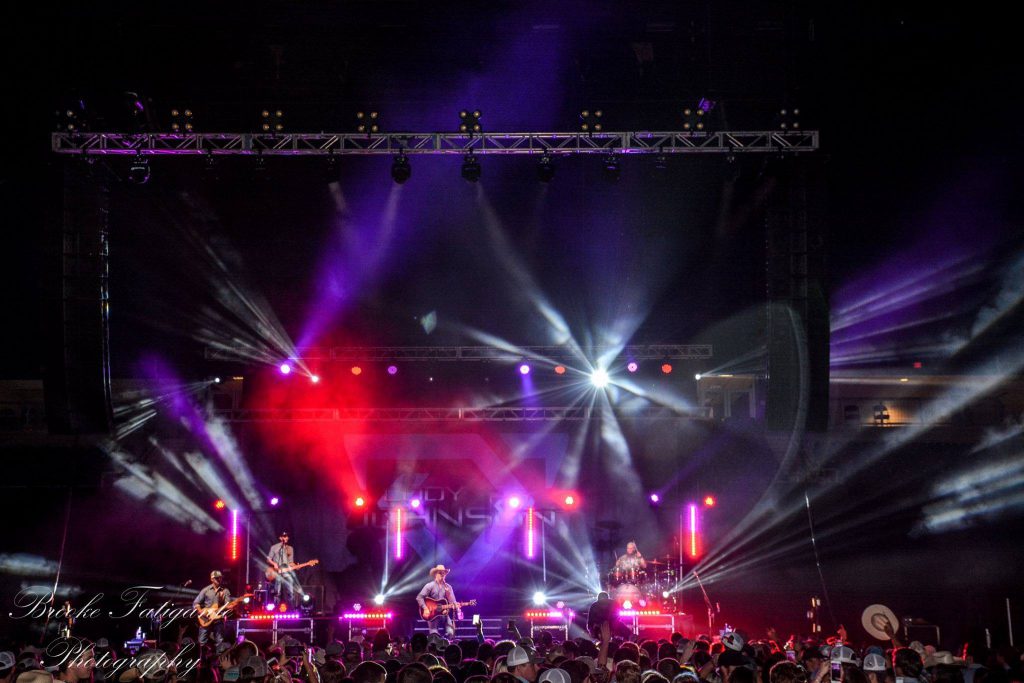 What is the most rewarding thing about designing for Cody?
“Well besides the money, I would have to say being a part of the organization and watching how it has grown from when I started. I remember doing shows where there were 50 people and now we see thousands attend the shows. It gives you a good feeling to know that there are so many people out there appreciating the work of your client.”

What has been the most challenging thing of working for a client whose career has taken off like a rocket?
“Besides dealing with the poor-quality fixtures that some venues have, the main challenge is keeping up with the demanding touring schedule. There’s a lot more traveling involved now that Cody has become a major national act. So being away from my wife and three kids is always a challenge.”

How many miles have you traveled with Cody?
“Thousands and thousands of miles. And now that he’s a bigger star that number has grown. We are playing in every state in the US. We’ve probably done 250 shows together.”

Any of those shows stand out as being especially memorable?
“Yes, The Houston Livestock Show & Rodeo, because of its sheer size and the high energy level you find there. It’s one of the biggest rodeos as well as productions.”

How would you describe the look you create for Cody?
“I would say that we create a high energy look with a touch of the theatrical.”

Does Cody ever offer input about your lighting designs?
“He has his suggestion on things that he likes to include in his show. One that immediately comes to mind involves crowd blinders. He always wants to make sure we have plenty of those. Cody likes to involve the crowd in a lot of the show especially when he pays his respects to the military, first responders, fire fighters, and law enforcement. For the most part though, a lot of our design concepts come from ideas that the band, crew, and I come up with as we talk about things during a tour.”

How has your long-term relationship and familiarity with Cody helped your design?
“It has helped speed up the process of a lot of my programming when we do newer songs as well as when he pulls the random ‘Hey, I wrote this song last night!’ out of his back pocket. When he plays that song, I have to switch over to punting. Most of all though, the relationship has helped me as a person. I couldn’t ask for a better artist, band, or crew to work with every day. The guys and gals in our organization are some of my best friends.” 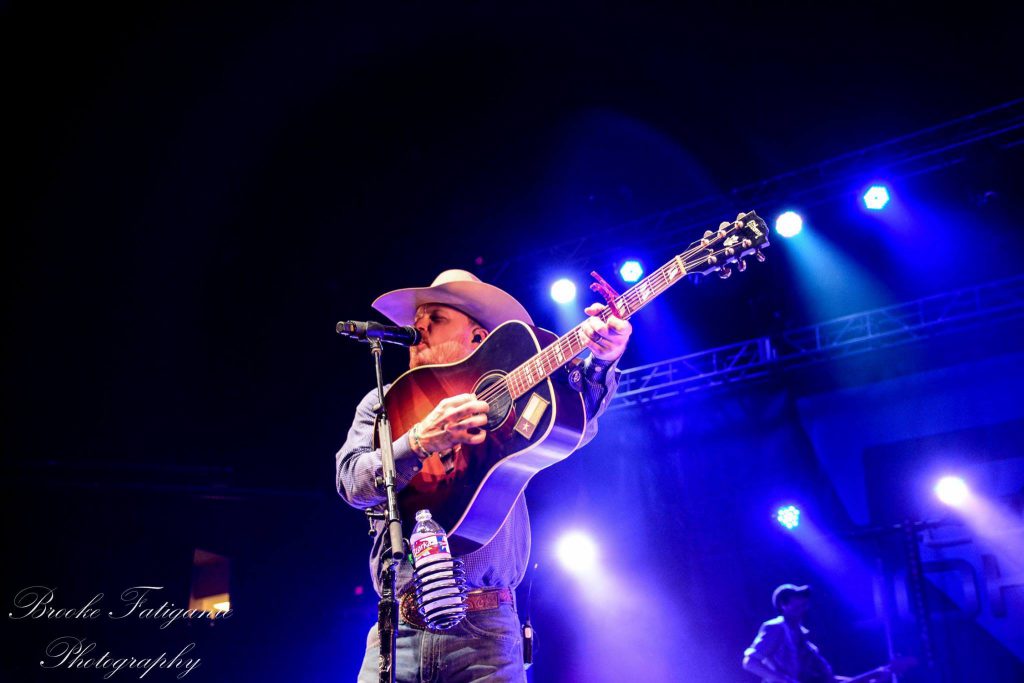