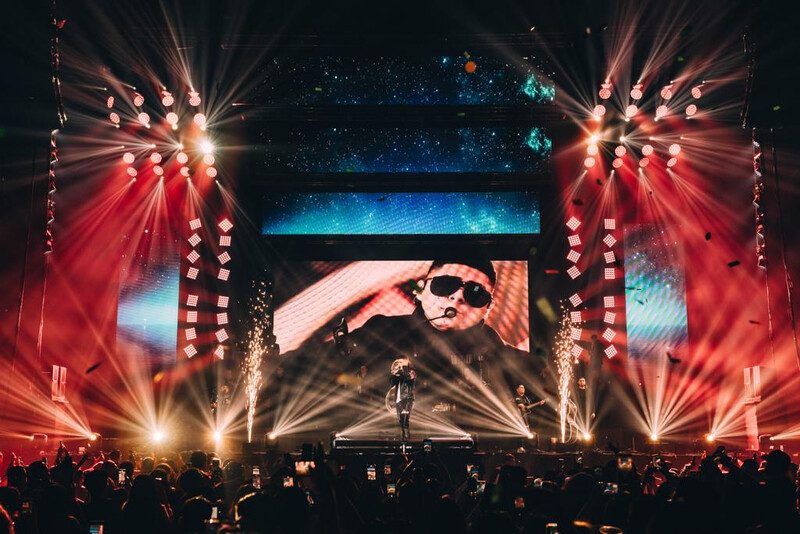 LAS VEGAS – A “spirit of joy,” as one critic described it, runs through the music of Marca MP. Anyone who’s ever listened to this California-based band would find it next to impossible not to agree with that assessment. The quartet’s lively blend of banda, mariachi, and ranchera has an uplifting effect on fans, getting them on their feet, dancing, stomping, and singing along, as everyday concerns seem to float away with the music.

Frontman Pedro (“El Chato) Vargas exemplifies the buoyant spirit of the band with his magnetic stage presence. But Vargas’ million-dollar smile wasn’t the only thing shining when Marca MP took to the stage for their long-awaited show at MGM Grand this summer as part of their Lo Que Fuera Un Sueño Tour 2022. Glittering along with their spirited performance was a dynamic Gus Martinez-designed lightshow that filled the big concert space with intense flashes of audience lighting and strobing that ran in sync with the music.

Like the music itself, Martinez’s lightshow was characterized by its energy and motion. Weaving light and video together, he coordinated the rapid pan and tilt movements from his rig’s 84 CHAUVET Professional Maverick and Rogue fixtures with fast-moving breakout patterns that ran across the eight video walls, including three horizontal structures over the stage, one along the back wall, two on the band risers and one each stage left and stage right. Like the lighting fixtures, the walls were supplied by Hardwired Productions.

Oftentimes, Martinez moved the video images in opposite directions from one another, punctuating them with shafts of light oriented at different angles to create a swirling animated effect. To keep his show varied, he continuously changed video patterns and light angles. He also incorporated a variety of color combinations into his show, sometimes going with monochromatic palettes. Sometimes, he reinforced the connection between the band and its fans by bathing the crowd in the same colored light as the stage. At other moments, he combined short blackouts with atmospheric effects.

Martinez accomplished all this with help from the 32 Maverick MK3 Wash and 12 Rogue R2 Wash units in his rig. These fixtures were arranged on both sides of the stage, as were the rig’s 40 Rogue R3 Beams, which were used to create aerial effects, specials, and captivating gobo patterns.

“I put most of the lighting fixtures on the sides for this show,” said Martinez. “The idea was to create a slightly different look than our arena and festival shows. I put more video in the center of the stage because of its high trim.”

Having intense lighting flank a massive center video component, also created “a sense of bigness” said Martinez. With a band possessing the giant-sized spirit of Marca MP, that only made sense. 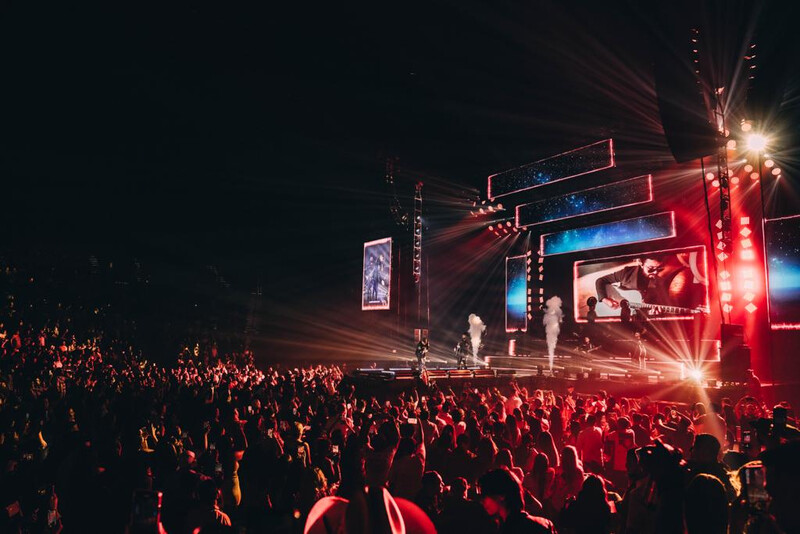