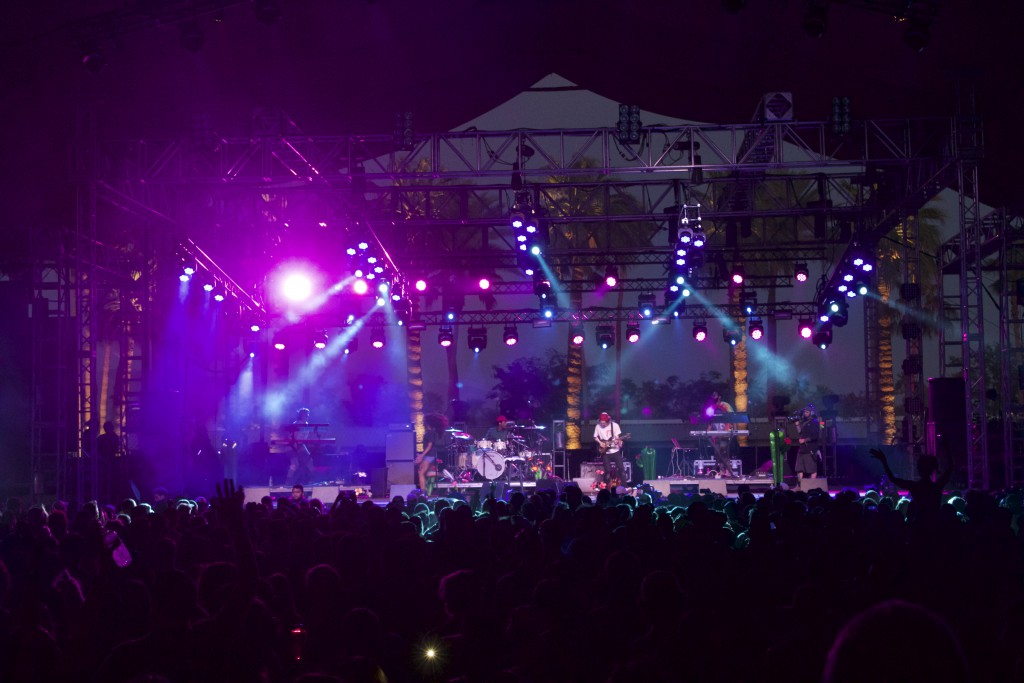 INDIO, CA – Fans have come to expect the unexpected from that sea of surprises known as the Gobi Tent at the Coachella Music and Arts Festival. The popular venue more than lived up to its reputation in 2016 with surprise appearances by Kendrick Lamar and Madeintyo, who joined SZA on stage during her set, and a knockout performance by shape-shifting rocker Meg Myers with a cello, an instrument rarely, if ever, seen at Coachella. Then there was also the refreshingly diverse range of acts, from groove heavy Congolese band Mbongwana Star, to UK piano trio Go Go Penguin, to 76-year-old gospel legend Mavis Staples. 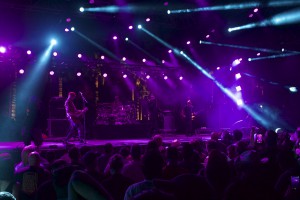 Not surprisingly, flexibility was a key goal for Sean Coates of RK Diversified Entertainment when he put together the rig for the eclectic Gobi Stage. The Upland, CA-based lighting designer met this objective in stunning fashion, thanks in part to his adroit positioning of the versatile Rogue R2 Beam from CHAUVET Professional.

Coates flew 15 of the Rogue moving fixtures on “five fingers” of overhead truss that angled upstage to downstage.  Spanning the entire 50’ x 40’ Gobi Stage, the five fingers delivered wall-to-wall lighting coverage. This wide coverage, together with the variety of looks produced by the Rogue R2 Beam’s 8-facet rotating prism, resulted in a versatile rig that was more than capable of keeping up with the diverse range of performers on stage.

“The arrangement we had with the Rogues on the five fingers gave us the ability to rake the stage with light from any direction,” said Coates.  “This created a different kind of look on stage and let each band’s designer mix it up. Everyone used the Rogue’s prisms to get different looks. The Rogues had a nice tight beam, which allowed us to get in close. One of the acts even lowered the fingers to only 8’ above the stage and still got great coverage. Most of the bands brought their own LDs with them, so it was nice that our rig gave them all a lot of flexibility.”

Many of the performers at the Gobi Tent also brought their own lighting packages with them.  The high output Rogue R2 Beams (133,200 lux at 15 meters) had no trouble keeping up. “The intensity was definitely there with the Rogues,” said Coates. 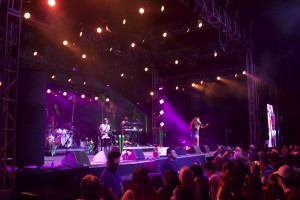 An added level of intensity was brought to the Gobi rig by the eight Next NXT-1 moving LED panels that Coates arranged four each on vertical truss columns to either side of the stage. “The NXT-1 was excellent eye candy,” said the LD. “We use the built-in macros for some nice pixel effects and created a lot of aerial looks with these fixtures.”

Coates also used 29 Q-Wash 560Z-LED fixtures as washes on upstage and downstage truss. “We did a lot of color changing with the Q-Wash fixtures and the spots we had on our rig,” he said. “When you have so many different acts on stage, you’re going to change colors to reflect the changing moods of the music.”

Indeed, as always, there was no shortage of different musical moods on stage at the 2016 Gobi Tent. Nor was there any shortage of colorful, bright and immersive looks to reflect that music, thanks to a very versatile lighting rig. 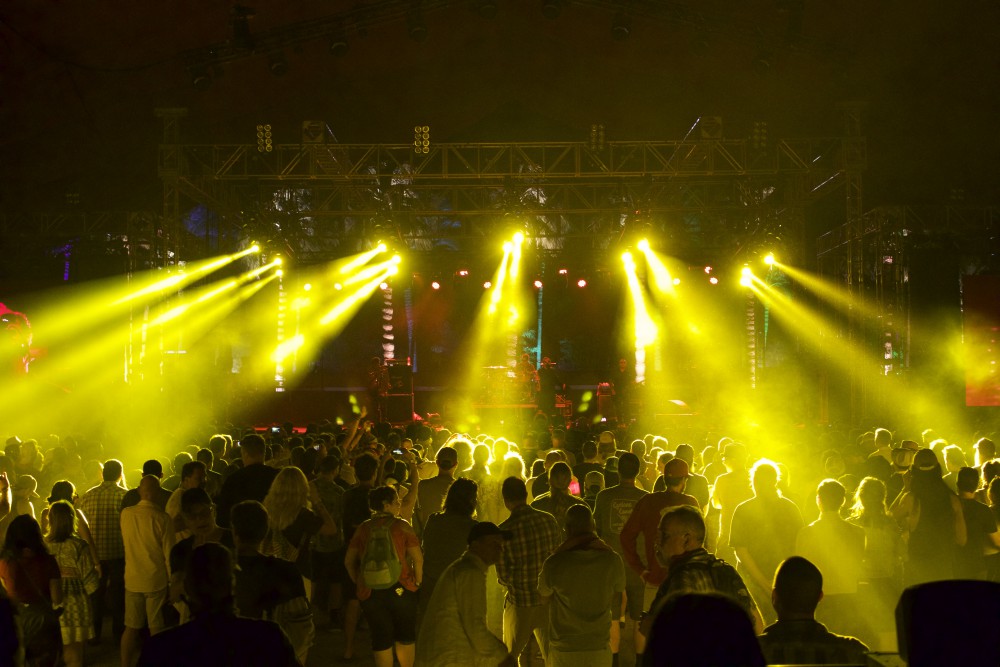