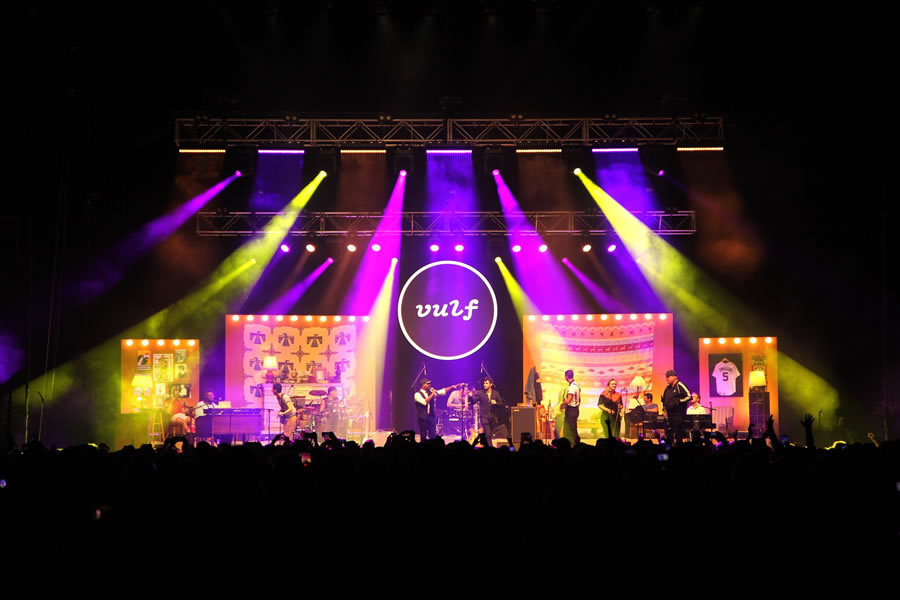 NEW YORK – Madison Square Garden has welcomed just about every conceivable kind of music act in its storied history, but it’s doubtful that the famed arena has ever hosted a concert with a scenic set quite like the one Vulfpeck used for its Saturday September 28 show. With its eclectic mix of well-worn chairs, ottomans tapestries and thrift shop lamps, the set for the red hot band’s concert looked more like the kind of apartment inhabited by college kids, than a funk music stage.

That was no coincidence! Formed by four students at the University of Michigan’s music school, Vulfpeck recorded their first song in an Ann Arbor living room. They had the exact furniture from that room shipped 622 miles from their college town home to Manhattan for their Madison Square Garden debut.

The “living room” provide a nice touch that captured the uniquely engaging style of Vulfpeck. At the same time, though, it also presented a challenge for Christian Hall, the designer brought in by the band’s production manager to light the show. 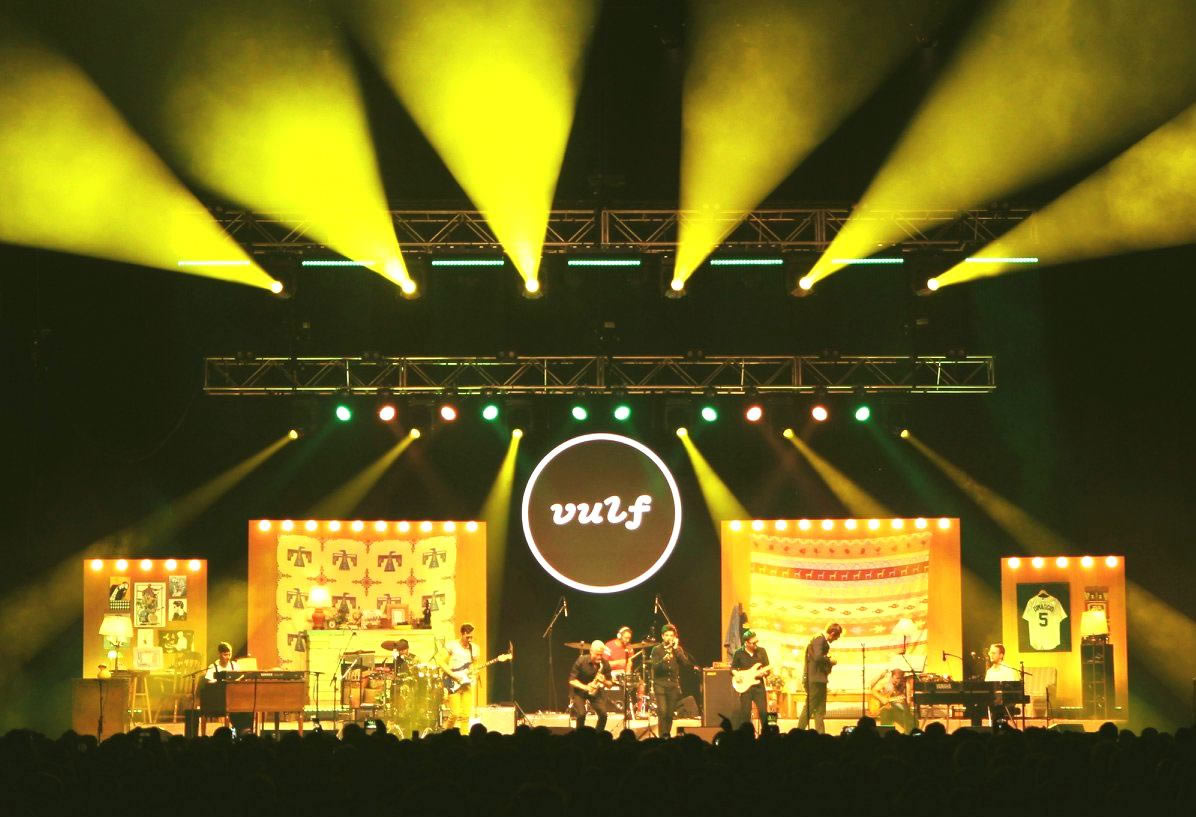 Hall, of Borealis Stage Lighting, met this challenge by deftly creating a design that managed to be at once as engaging as the show’s homey set, and as potent as the big arena. Helping him accomplish this feat were his ChamSys MagicQ MQ80 console with an extra wing, and a collection of CHAUVET Professional Rogue fixtures supplied by Squeek Lights.

“The scenic design for this show was well-executed and very unique,” said Hall. “We wanted to keep the “living room” the focal point of the set, while still filling in the empty areas above and around the band with lighting. It definitely made the programming for this show become more theatrical. I didn’t want the lighting rig to overpower what is most important: the band on stage and the set design around them.

“However, at the same time this was an arena show, so we needed to look big,” continued Hall. “I designed the flown rig to get the biggest looks possible with what we had available. I kept the lighting fixtures on the floor to a minimum, just some LED bars to uplight the set design. I thought it would look kind of silly to have a bunch of moving lights inside and around the ‘living room.'” 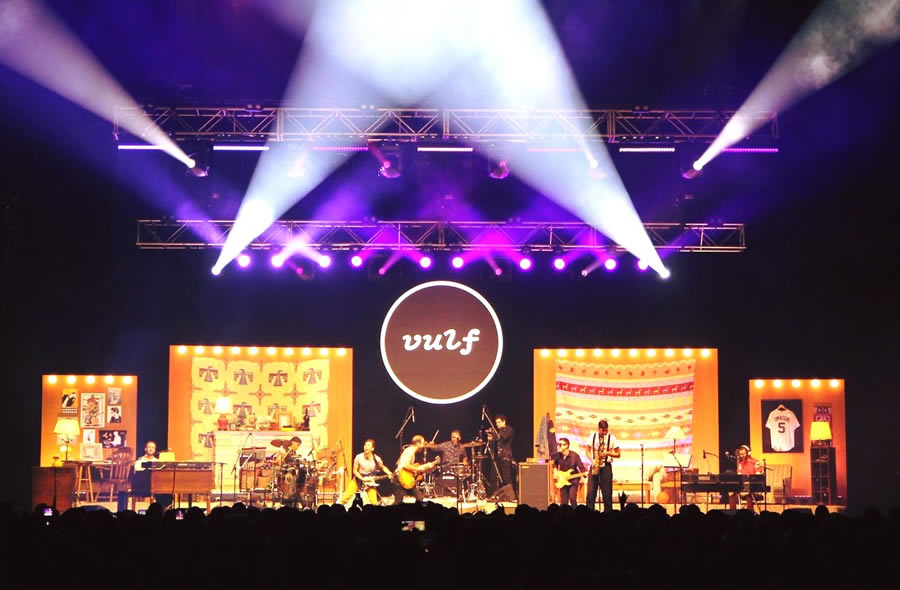 Aside from maintaining a balance between lighting the living room set and filling the big arena with light, Hall also had to be mindful that Vulfpeck’s performance was being filmed for a future broadcast. He relied on the 14 Rogue R2 Wash fixtures in his rig to provide a warm color wash that enhanced the engaging quality of the set, added the kind of impact commensurate with the arena setting, and maintained a level of front washing that made the stage camera friendly.

“I had to make sure the band was well-lit and looked natural to match the set design,” said Hall, who positioned 10 of the Rogue fixtures upstage to wash the band from behind and four mid stage to down light the drum kit area. “Most of the in-house rig at MSG, was devoted to lighting up the crowd, and some for extra front wash. The Rogues were real workhorse when it came to washing the stage. I have run into Rogues quite a bit in house rigs, and was always impressed by them, so when I saw that they were available from Squeek Lights, I jumped on them.” 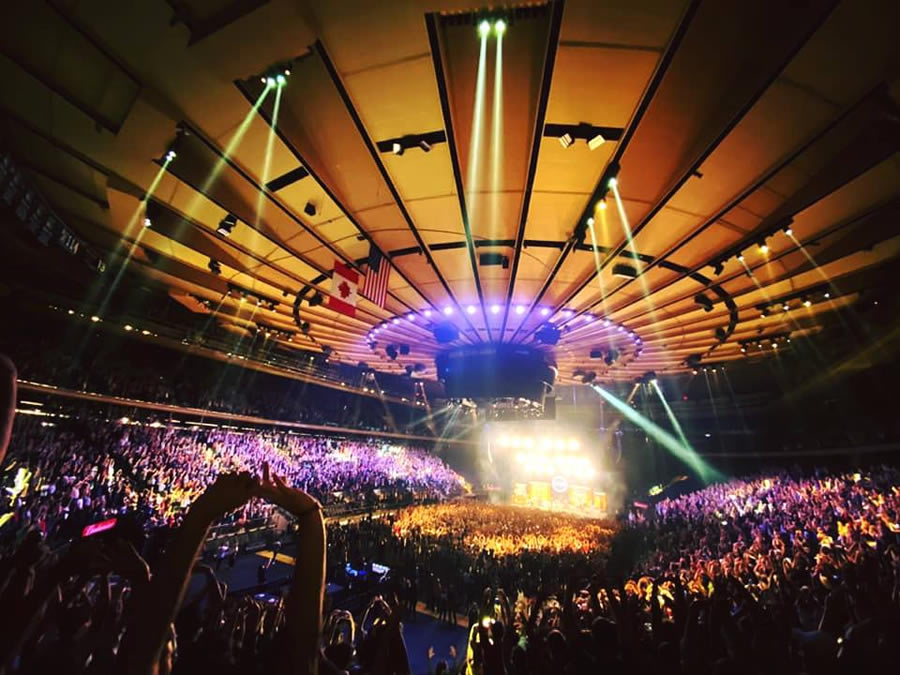 Crowd lighting, as Hall points out, was also an extremely important part of the design, both for the live crowd, and the video audience. “Vulfpeck’s live show has a ton of crowd interaction and call/response antics, so the entire crowd needed to be lit up for those moments,” he explained. “Plus, as I mentioned before, the show was videoed, so the crowd needed to be lighted for the camera; otherwise it would have looked like the band was playing to an empty room rather than Madison Square Garden!”

Helping Hall light the audience were 18 CHAUVET DJ Shocker 2 fixtures, also provided by Squeek Lights. He hung six of the 85W warm white dual zone LED blinders on each of his three flown trusses. “I used the Shockers to illuminate the crowd on the floor, and MSG’s massive house rig to light up the rest of the audience,” he said. “This was the first time I used Shockers. Their output and dimming curve impressed me, and their color temperature is pretty close to an incandescent blinder, which is hard to find in a LED blinder.”

Hall busked the opening band, Fearless Flyers, on his ChamSys console, and pre-vizzed the 18-universe lightshow for Vulfpeck, while busking the crowd lighting. “The simplicity of the I/O and networking capabilities of ChamSys was great,” he said. “I patched the house rig in beforehand while I was doing pre-vis to save time the day of show, and I was linked into the house sACN network with 18 total universes in a matter of minutes. I have been programming on ChamSys ever since I started doing lighting, so I am able to get around pretty quick and get exactly what I envision out of it.” 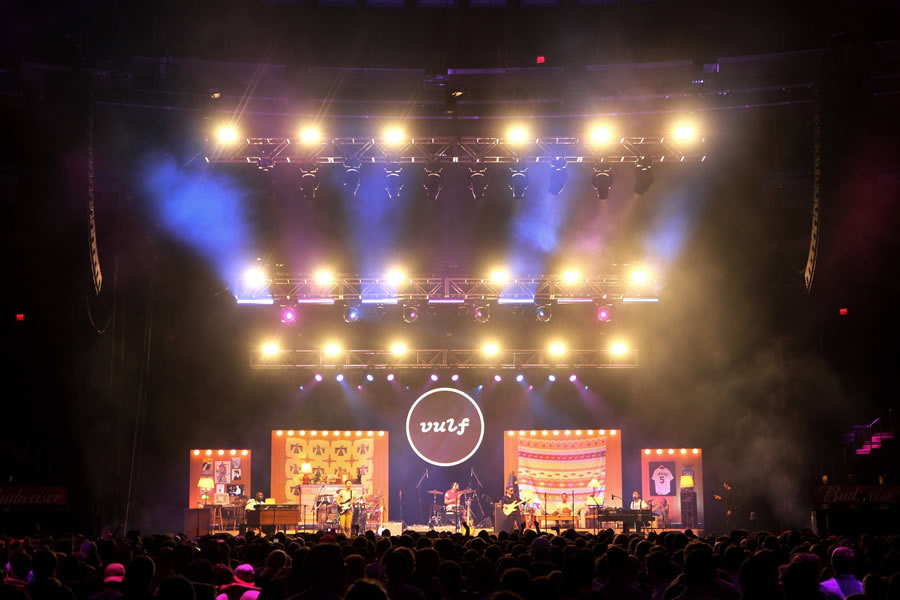 Something that Hall didn’t envision in its entirety was the excitement of designing this show. “This show was a one-off,” he said. “The band doesn’t really tour. It was their first appearance at the Garden, as well as mine. So that was very special. Plus, they are great people, and really gifted musicians.”

As for Vulfpeck’s MSG show itself, there wasn’t a single seat in the house. This was one of the first times ever that a headliner with no manager and no major record label sold out the big arena, adding yet another unique page to the famous venue’s history.