GHENT– (For Immediate Release)  —  Primordial and powerful, essential to life, but merciless in its destructive wrath, fire holds a relentless grip on the human imagination. Who hasn’t been transfixed in awe, admiration, and more than a little fear by the sight of dancing flames?

Perhaps this is why “The Big Fire That Never Happened,” drew so much attention and widespread praise at Ghent’s internationally acclaimed Lichtfestival in November. Conceived by Belgium-based Austrian artist, Michael Langeder, the exhibit set the iconic tower of St. Nicholas Church in the city center ablaze in simulated flames, a conflagration that looked so authentic, it prompted calls to the fire brigade.

Creating this realistic scene was no simple task. Aside from having to hoist gear up the church’s 40-metre high tower (a fifteen-minute journey each time), the design team had to do extensive trial and error tweaking to get make their fire frighteningly believable. Helping them in this undertaking was the extensive color-rendering prowess of their IP65 rated CHAUVET Professional COLORado and COLORdash fixtures, supplied by  John & Jane Premium Technical Event Support. 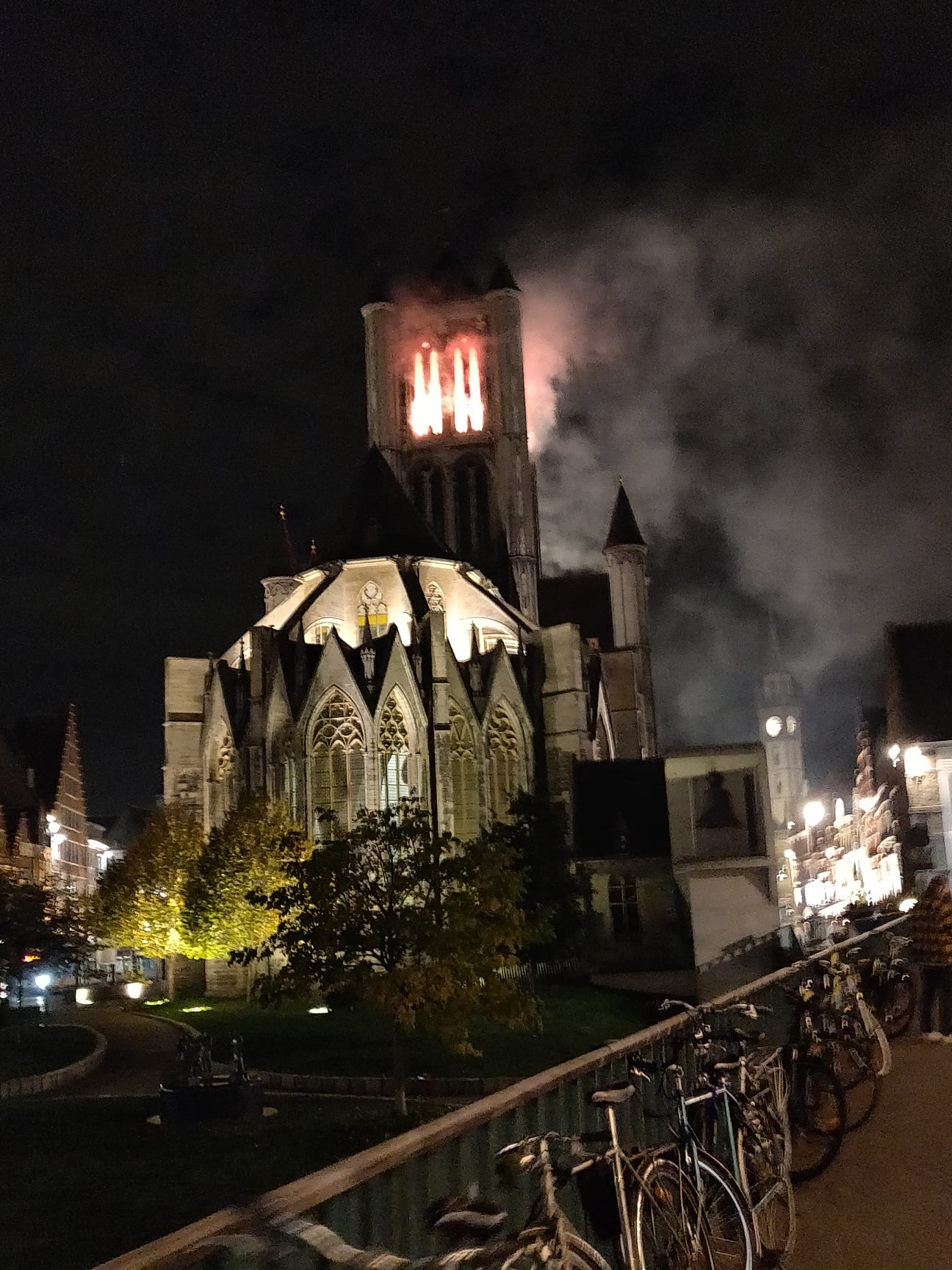 Liam van Tornhout, who was part of the creative team along with Jaagbaar and Reinout Hiel, described the process. “Recreating the look of fire in light involved more than just copying the colors you see in a blaze,” he said. “Fires are chaotic things, so we had to account for that in our design. We started out using yellow, red, and orange, but when we stepped back and looked at this concept, it appeared to be more like party lights, not a fire. So, we had to experiment.”

This experimentation led Liam to try over 160 different color schemes, run on his ChamSys MagicQ software. At the end of this trial and error, the design team used white for the core of the fire (in keeping with the nature of real blazes) but then relied on yellow tones more than oranges and reds.

Accenting the white and yellow light with orange undertones, created a “fire” that passed for the real thing. The team used 24 COLORado Panel Q40 fixtures, arranged on the floor of the tower to produce a variety of incendiary colors including reds and oranges.

They then positioned 16 COLORdash H12 IP, one by each of the church tower’s narrow slit windows, as well as eight more on the tower floor. Drawing on the color mixing features of these compact RGBWAUV COLORdash pars, the designers created a seamless white to yellow continuum in the narrow windows. When set against the deeper colors in the background, this presented a true-to-life image of fire.

Since building fires are never neat and organized, Liam programmed the lighting in random sequences, so the looks he created were never repeated at predictable intervals. “I spent a great deal of time studying fire in advance of this project,” he said. “Something that impressed me was just how unpredictable and varied they are as they progress.  There may be peaks here and valleys there, in no rational order. So, to make things look real, we had to be random. Of course, we also had to keep all of our fixtures out of sight to make the exhibit more believable.” 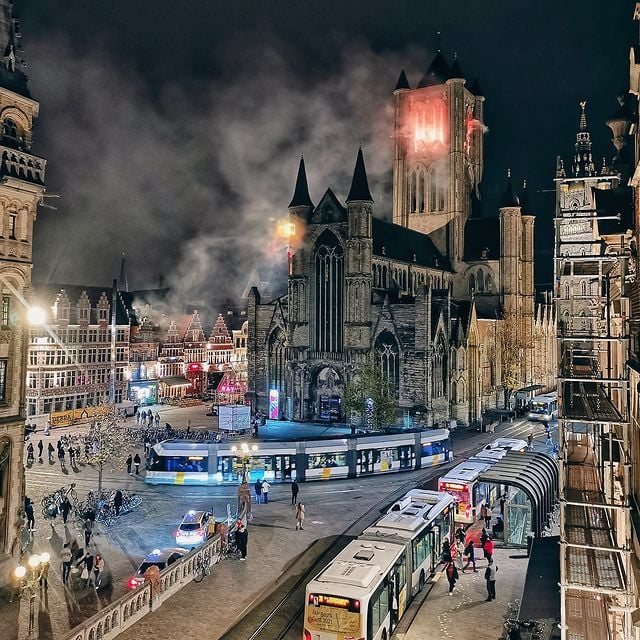 Realism also required smoke.  The design team provided this with 16 fog machines, one by each window. To feed these units, they sent 1,200 liters of fluid up the tower daily during the five-day festival.

With realistic “flames” glowing through the windows and smoke engulfing the tower of a beloved historic building, the exhibit riveted the attention of many of the festival’s 800,000 estimated visitors. A  tribute to the artistry of the design team? Absolutely, but also a reminder of the transfixing power of fire.