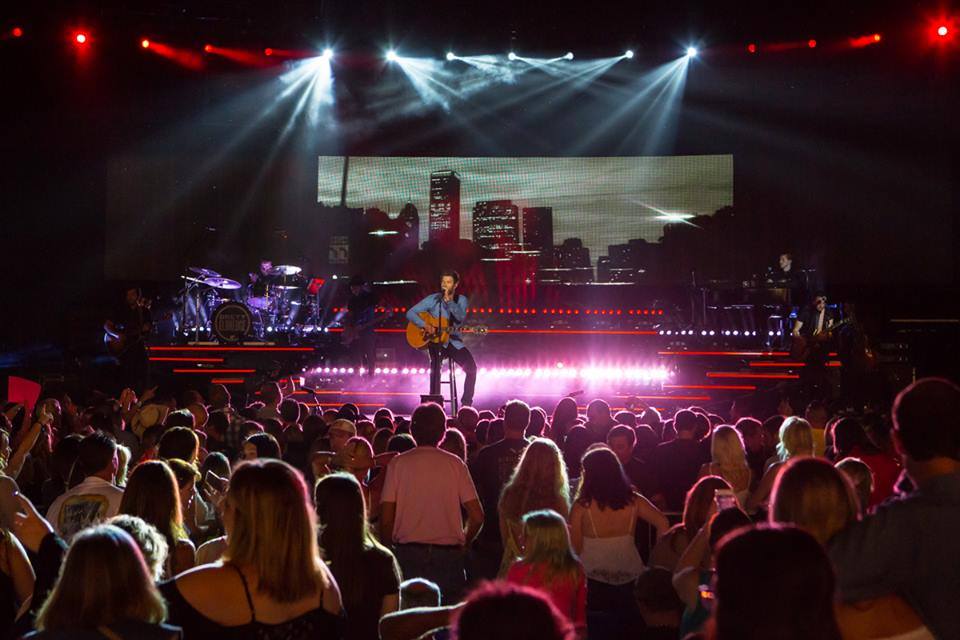 SUNRISE, FL – For rising young country music star Brett Eldredge, appearing on tour with Grammy and CMA-winning legend Keith Urban represents another milestone in a career that has taken off like a rocket. Like every support act, though, Eldredge’s team is expected to get its lighting floor package on and off the stage quickly. This dictum could have created a special challenge, since Eldredge’s big sound requires an equally impressive lightshow, but lighting designer Trevor Ahlstrand of Ahlstrand Productions and lighting director Wesley Palmer overcame this obstacle with help from CHAUVET Professional’s Rogue R1 FX-B fixture.

The Ahlstrand Productions team is using 24 of the Rogue blade-style movers supplied by Primer Global in the Eldredge floor package for Urban’s RipCord Tour. The Rogue R1 FX-B fixtures are arranged in a line that runs across the upstage deck roughly 3’-4’ off the floor. In front of the Rogue fixtures and running parallel to them at a lower height is a line of LED tape. Working together, the Rogues and the tape create a classic neon look.

“Brett has a big sophisticated sound with an onstage presence to match,” said Ahlstrand. “It’s very classic, almost Sinatra like, in its overtones. This is why we wanted to go for that stylish classic look, evoking neon but having the color changes and movement that come from modern LED fixtures.”

Ahlstrand uses the Rogue R1 FX-Bs to hit the stage with a variety of vivid colors that match the mood of the performance. He also relies on the fixture’s five independently controlled pixel mappable moving heads and very rapid pan/tilt movements to create a dazzling array of different looks.

“We are using a grandMA2 to control the rig, and we custom profile the Rogues with the controller so we can get some interesting tilted fixture looks,” he elaborated. “Each of the five cells in all of the 24 Rogues is controlled individually, so we’re really able to keep the looks fresh and original throughout the show. Judging from the wide variety of looks we create, it really seems like we have far more than 24 fixtures up on our rig.”

Being able to get a wide range of unique looks from a single compactly designed fixture is extremely important to Ahlstrand, given the time pressure his crew has been under during the tour. “This is a support act slot, so we have to get on and off the stage fast, with a capital ‘F,’” he said. “Our lighting director Wesley Palmer and production manager Bryan Roberts deserve a lot of credit for helping us do that. Wes has mounted the Rogue fixtures on plywood boards with legs. There are two fixtures mounted on each board prewired, so we just have to place a dozen boards on their legs to complete the job. We can get the set and lighting on and off the stage in minutes.”

As Eldredge, who’s already had five Top Ten hits on Billboard’s country charts, continues to build his career, he will likely headline his own arena tour one day. When this happens Ahlstrand, who has been designing for the singer for some time, will have few time constraints to worry about. Until that day comes, though, he will continue to master the art of combining speedy setups with big sophisticated looks. 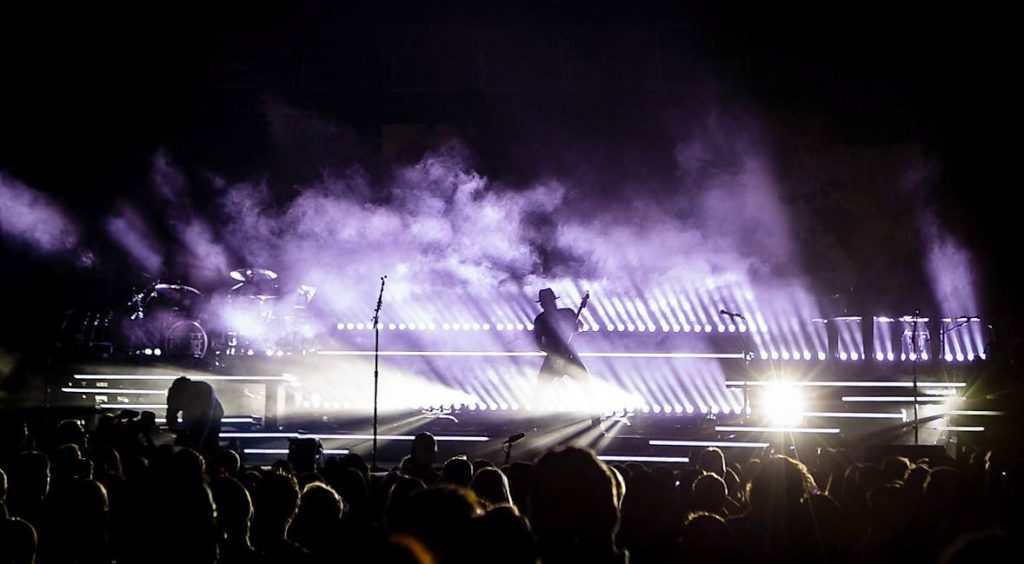