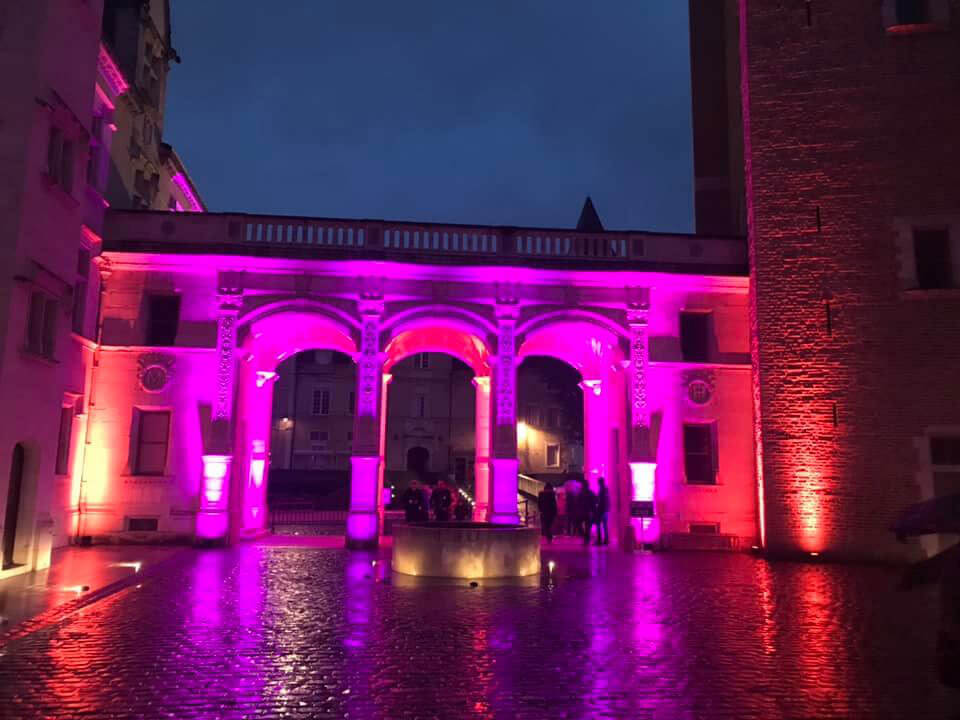 PAU, FRANCE – From feudal Viscount fortress, to royal palace, to holiday retreat for Napoleon himself, the Château de Pau has filled many roles over the past nine centuries. Today, the stately structure perched on a cliff overlooking the Gave de Pau, is one of southwestern France’s most cherished museums.

Once a year, the fabled building, which was the birthplace of Henri IV, the first King of France and Navarre, waives its admission charge and invites the public to enjoy its timeless art and artifacts at no charge as part of La Nuit des Musées (Night of Museums). This year, the experience of visitors on was enlivened by song and dance from local youth groups. Also lending a magical aura to this special night was some evocative lighting from a collection of CHAUVET Professional fixtures supplied by AG Lum S.A., which was retained by producer AVANT SCENE de PAU for the event. 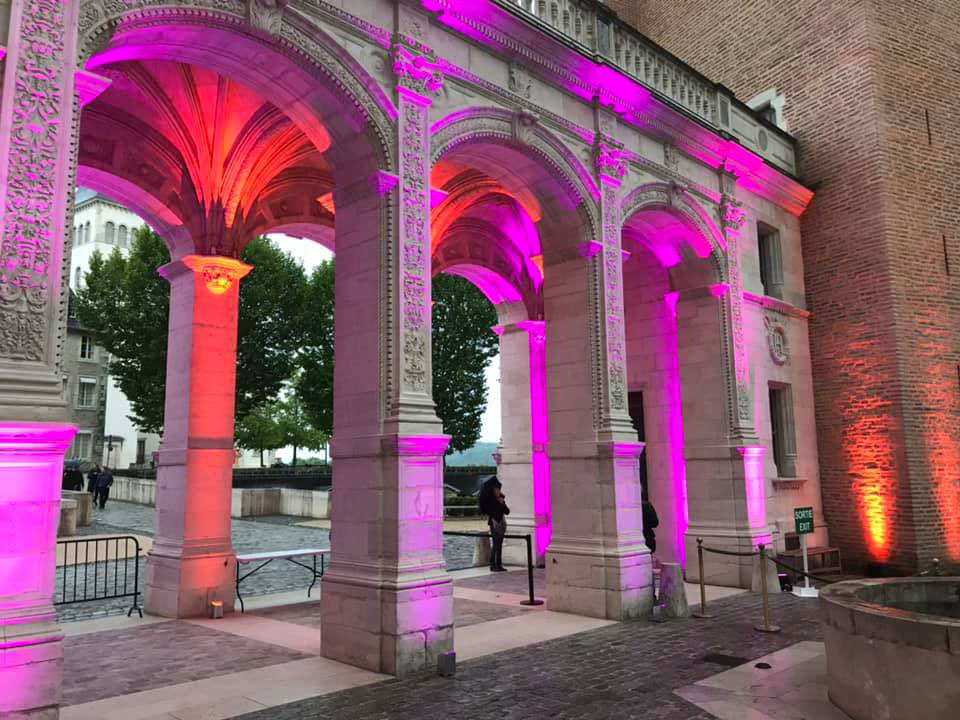 Creating a transcendent glow on the stone walls of the château were 70 IP65 rated WELL Fit uplighting fixtures. Grégory Alain of AG Lum, and his team positioned the RGBA LED projectors at the base of the historic building.

Thanks to the considerable throw distance of the WELL Fit units, the design team was able to cast light high on the château’s walls. to better endow the building with an ethereal effect that fit the spirit of the eventing. 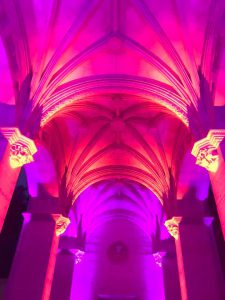 In addition to their aesthetic benefits, the battery-powered WELL Fit fixtures offered practical advantages to the AG Lum team. “The WELL Fits saved us time during assembly and disassembly, as well as space in the truck, because there were no cables to deal with,” said Alain. “Also, not having cables lying around preserved the natural quality of the setting.”

Inside the building, in the area devoted to art exhibits, the AG Lum team positioned four Ovation E-260WW ellipsoidal fixtures. The smooth, even field of light from these units helped focus attention on the exquisite detail of the paintings and magnificent Gobelins tapestries.

Accentuating these richly textured artworks without detracting from their creators’ intent was a rewarding challenge for Alain. “It was important to respect the technical constraints of the Château de Pau itself as well as of the paintings and tapestries,” he said. “Our goal was to highlight these works without denaturalizing them. The quality of the light from the Ovation fixtures allowed us to do this — and due to them being LED, they did not consume the energy of halogen projectors.” 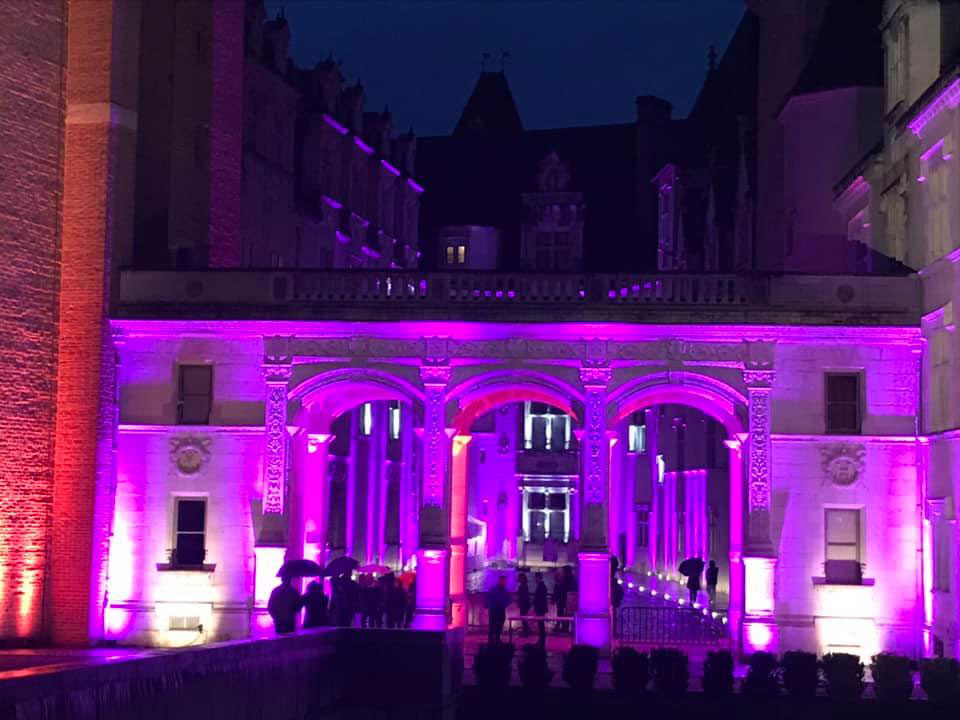 Creating ambience with light on the outside of the château was also an important and welcomed challenge, according to Grégory Alain. “The museum becomes part of an event during La Nuit des Musées,” he said. “So, it is always necessary to create a good and inviting atmosphere.”

On a personal level, G Alain says he always enjoys lighting museum special events, because “each time is a new challenge.” Given that La Nuit des Musées celebrate centuries of creativity, this viewpoint was very much in keeping with the spirit of the evening.