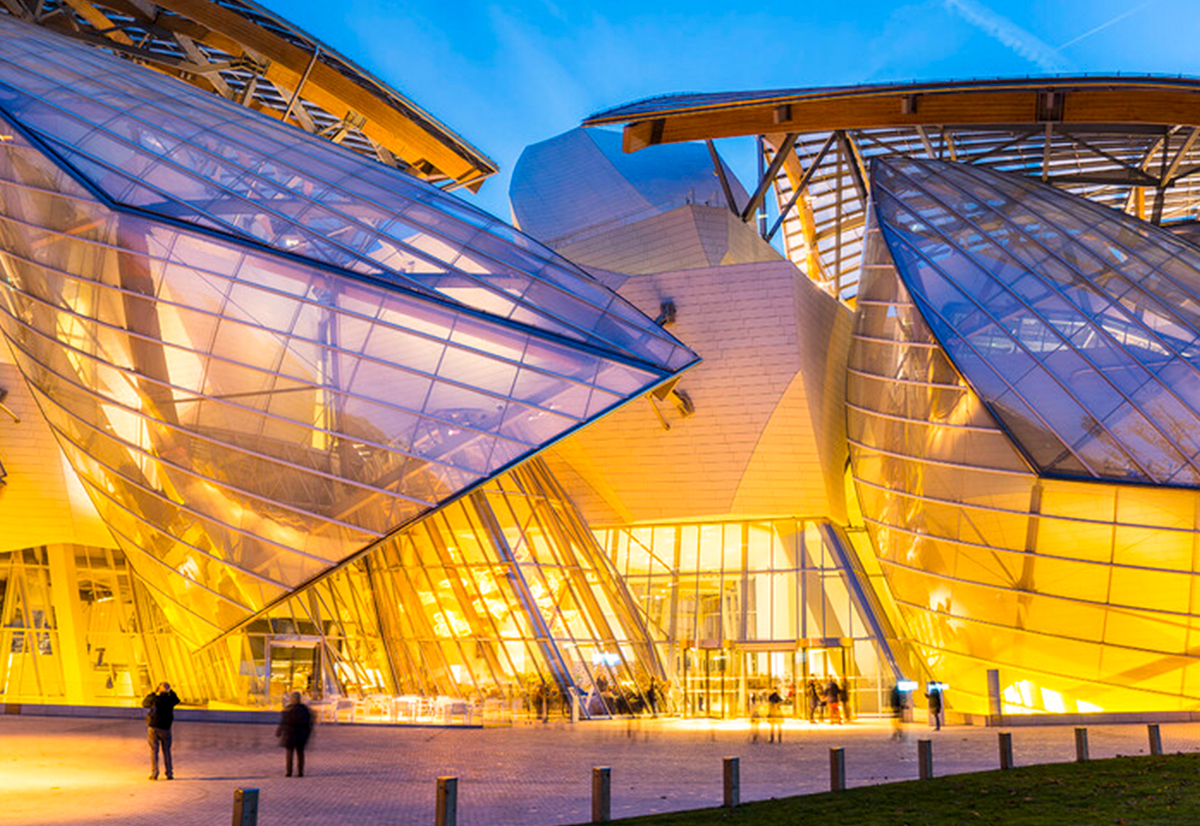 Some of Europe’s leading concert venues made a significant upgrade during the coronavirus lockdown, and when audiences return, they aren’t going to hear a thing about it. From France to Norway, these sites have enhanced the listening experience by installing our new generation of silent and ultra-quiet fixtures.

At the stunning Frank Gehry designed Luis Vuitton Foundation in Paris, awed silence is a natural response when approaching this magnificent structure that seems to soar skyward with its sail-like panels. Silence now also reigns inside during concerts by internationally renowned artists like Yuja Wang, and Vladimir Spivakov, thanks to the 14 Maverick Silens 2 Profile fixtures installed by Prodster.

The 560W fanless fixture operates in complete silence, making it well-suited for this intimate venue, according to Bruno Madec, Technical Director of Prodster. 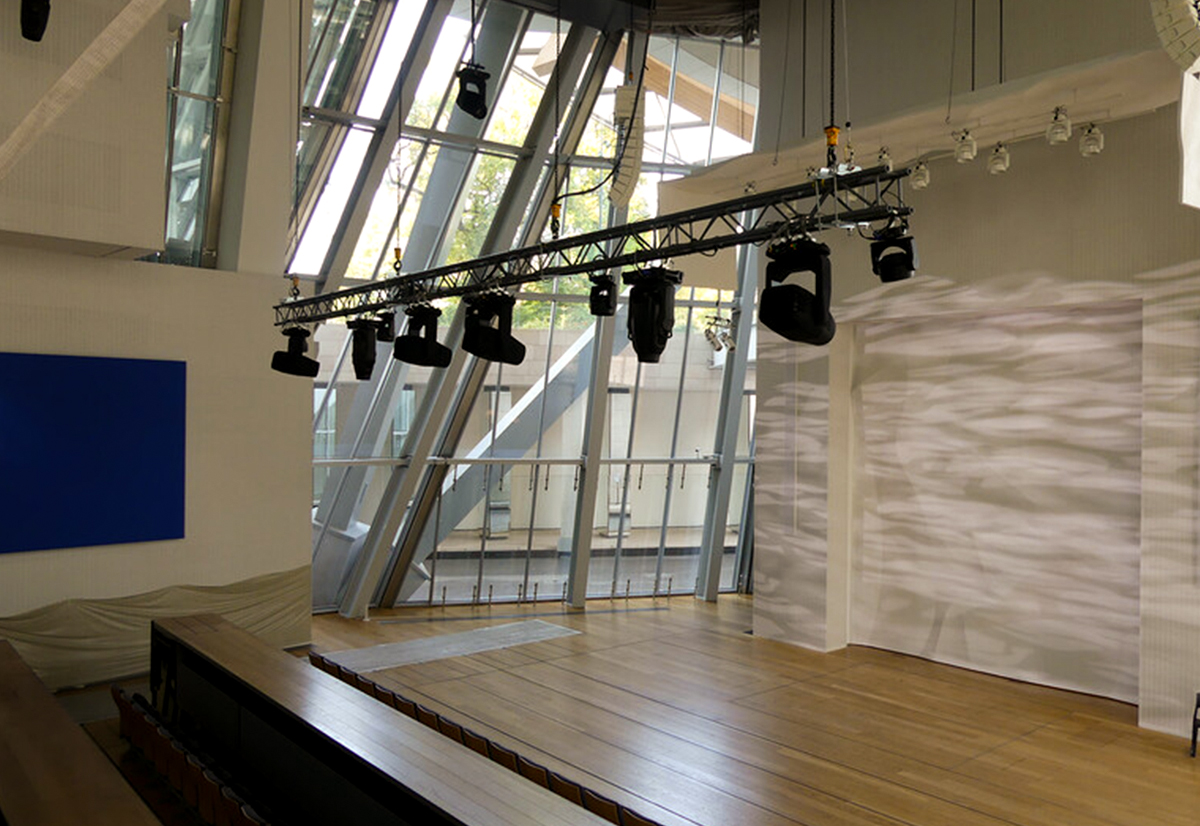 “We manage several cultural and institutional venues in Paris, including Louis Vuitton Foundation,“ said Madec. “For several years we have been wanting a silent LED spotlight projector of a reasonable size and weight. Considering the shows we host, including classical, dance and jazz performances, we want to create an environment that is as silent as possible.“

Delivered to Louis Vuitton Foundation in June, the Maverick units are arranged on three different front stage positions. From here they can cover the entire stage, in addition to highlighting the architectural features of the room during a vernissage or cocktail party.

“Beyond their silent operation, the Maverick projectors have the qualities we wanted,“ said Madec. “The Chauvet engineers added 16-bit graduation with tungsten emulation, a perfect color spread, and a 10:1 linear zoom, which make the units very versatile for us. It is important for us to be able to reform at our stage in two hours, because of the variety of functions and shows that take place in this room.” 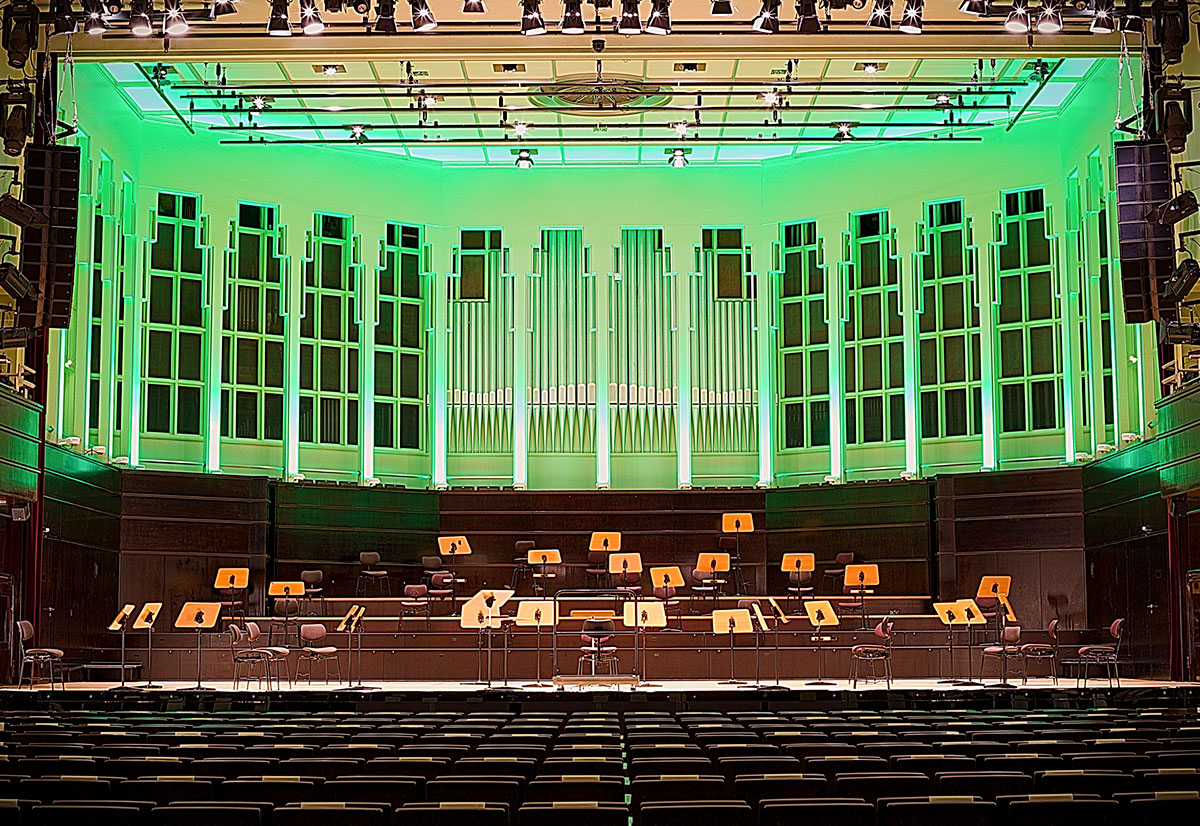 Quietness is also prized at Die Glocke in Bremen, Germany – and with good reason! The historic Walter Görig-designed venue is prized for its impeccable acoustics. Even the legendary conductor of the Berlin Philharmonic, Herbert von Karajan, who performed at the world’s finest venues, singled out Die Glocke as one of the three best concert halls in all of Europe.

Given this reputation, Christoph Brunkow, Project Supervisor at Glocke and his team had clear goals in mind when they were upgrading the facility’s lighting system. In addition to seeking fixtures that produced bright even fields of light, they were looking for ones that were quiet and could be installed with minimal disruption to the building’s interior.

“We wanted to change as little as possible about the building,” said Brunkow. “Our goal was to keep the existing rigging while installing new fixtures that delivered the same power – or more- than our old ones. Of course, since this hall is famous for its acoustics, it was key that the fixtures be extremely quiet. Accepting compromises was absolutely no option for us.” 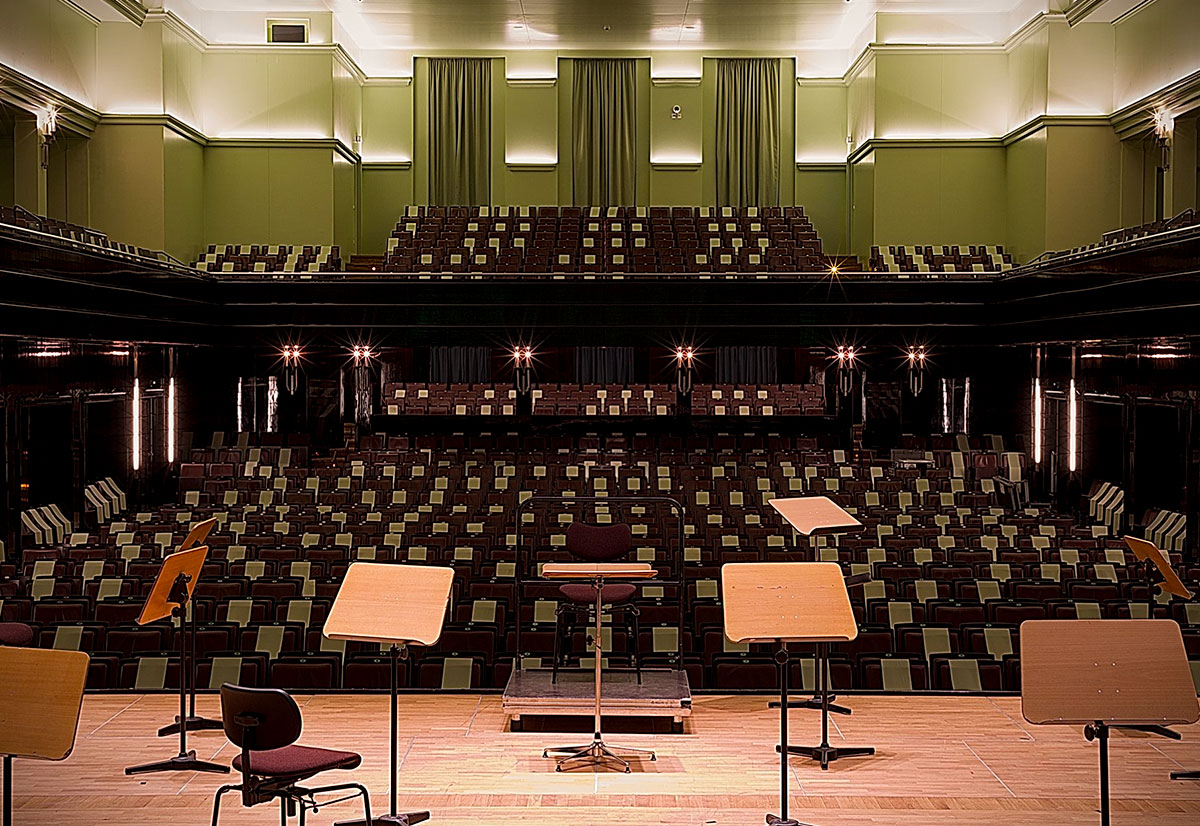 Helping the technical team meet their goals without compromise was a collection of 59 of our LED fixtures, including eight Ovation F-195FC, RGBA-Lime Fresnels, 11 Ovation F-265WW washes, and 36 Ovation P-56 VW par-style units. Along with these lights, the rig was upgraded with a Net-XII ethernet-to-DMX node.

“Our goal was to replace our conventional light completely,” said Brunkow. “Our old fixtures ran long hours, which used up a lot of energy. We also had to replace their lamps frequently, which required a great deal of effort. The quality of the white light along with color rendering capabilities and intensity were extremely important to us.”

Another venue where silence is golden is the Culture Hall at the sleek new Åsane Kulturhus multi-use civic center in Bergen, Norway, where the engineering and design team created pin-drop-perfect acoustics. 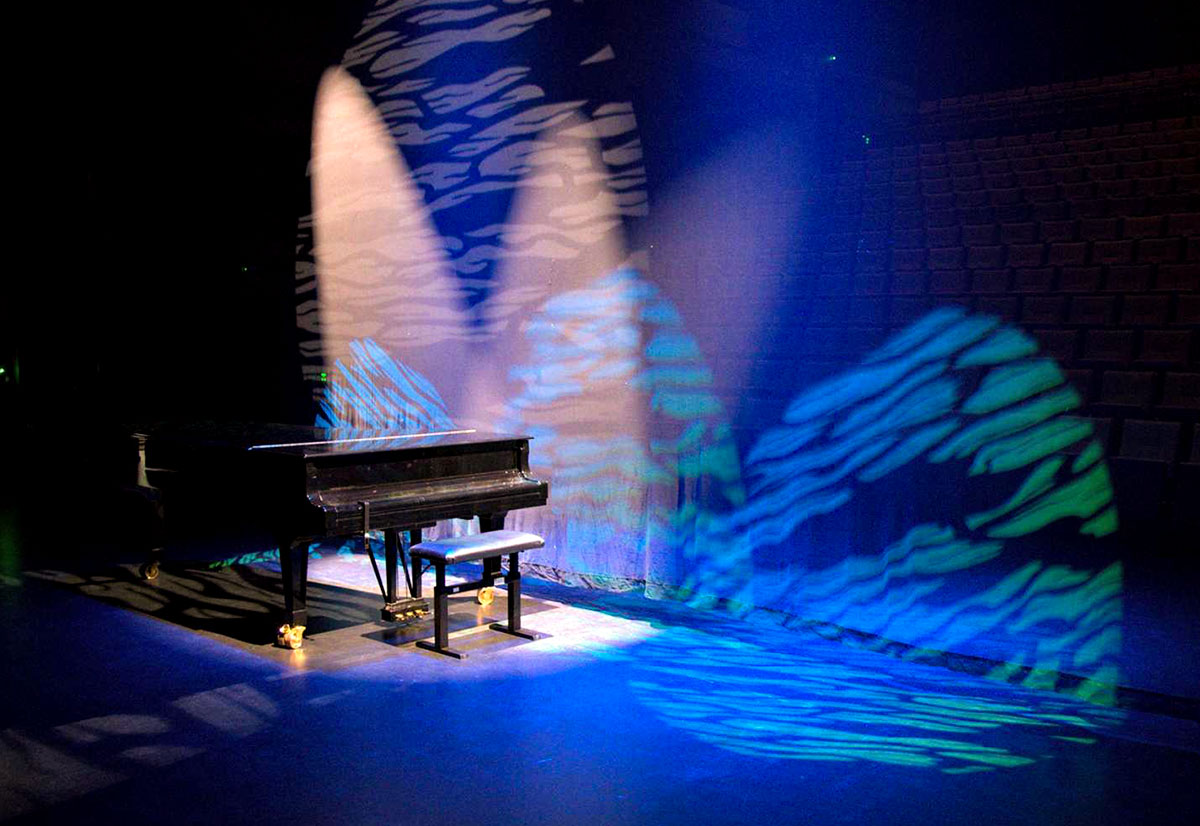 Audiences attending performances at the hall are able to enjoy the audio experience exactly as that team intended them to, thanks in large measure to an all-LED lighting rig anchored by seven CHAUVET Professional Maverick Silens 2 Profile fixtures.

“Silence was essential to the concept of the culture hall with its excellent, fine-tuned acoustics,” said Petter Norby of Rubicon, which installed the fixtures at the center and continues to serve the center along with the CHAUVET Professional’s Norwegian distributor, Scandec. “Eliminating noise as much as possible from the lighting was of critical importance, but at the same time the theatre did not want to sacrifice color quality and optics when making the choice of fixtures.

“The Silens 2 Profile won over the theatre with silence,” continued Norby. “It performed best in the ‘noise test’ conducted by the theatre’s acoustic consultant company, Brekke & Strand Akustikk, as well as in the actual lighting shoot out.” 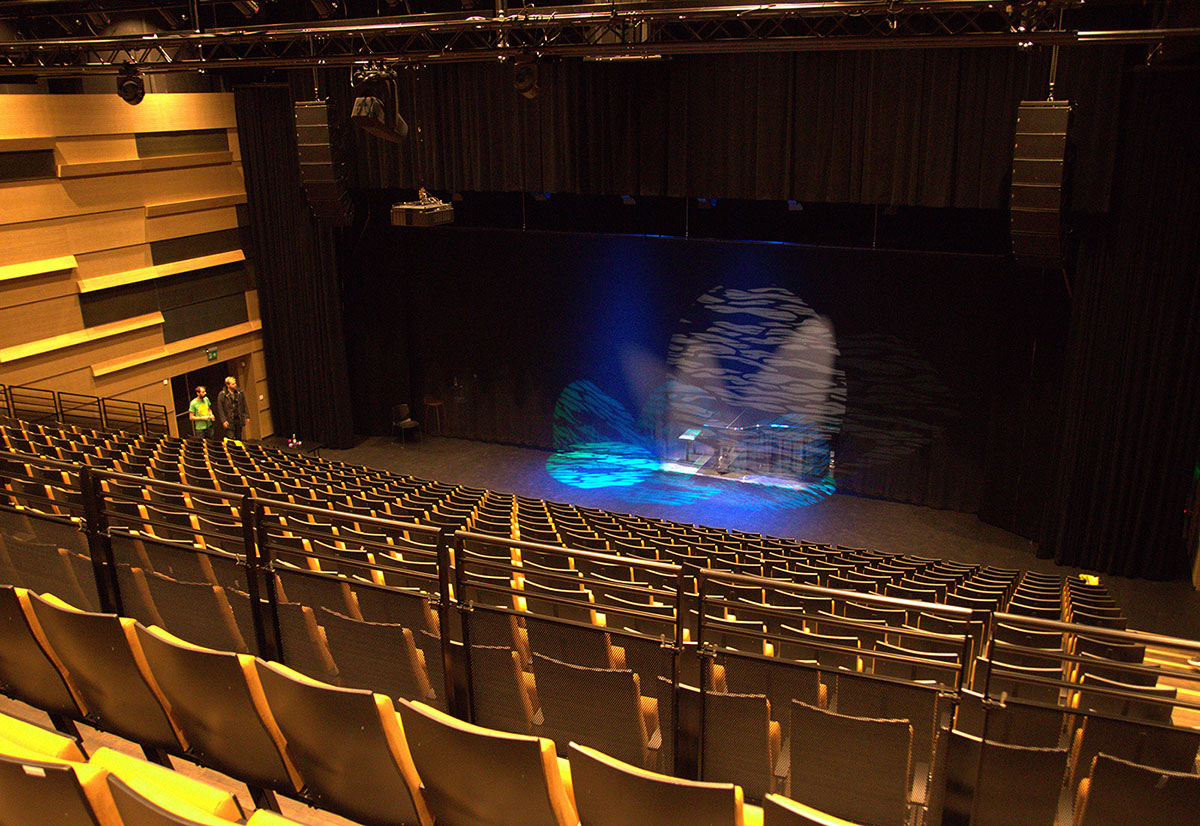 Flown in front of the 220 square meter stage, the, completely silent Maverick units fill a variety of roles at the theatre, which was completed in the fall of 2020. The fanless fixture’s 10-to-1 linear zoom helps make it versatile enough to handle the diverse needs of the center, which hosts everything from classical recitals and folk music performances, to shows by top Norwegian pop, rock, and country stars like the award-winning Ida Jenshus.

“Everyone is very happy with the new lighting system,” said Norby. “In the past, you had to accept a level of noise to get proper lighting, now you can have the best of both worlds: quietness and good looks!”