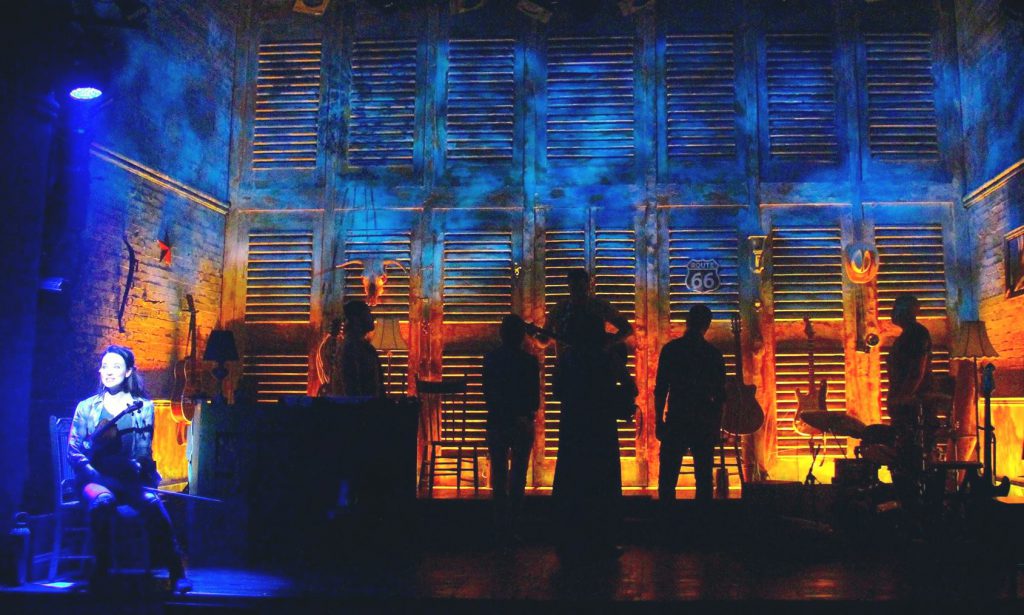 NEW YORK – “Theatre was created to tell the truth about life,” Stella Adler once observed. The legendary actress and drama teacher’s aphorism is especially appropriate when applied to My Name’s Not Indian Joe, the Elizabeth A. Davis blues-tinged musical about the unlikely bond formed between a homeless Native American man and a young aspiring Texas beauty queen. Confronting societal issues, and fraught with deep and sometimes uncertain emotional currents, the story takes the two characters on an odyssey from Waco, Texas to the streets of New York City. In the process, it reveals deep truths about human nature.

Supporting this unfolding narrative in a recent production of the play at Manhattan’s Davenport Theatre is a Zach Blane lighting design that utilized over 70 CHAUVET Professional fixtures. Working with Emmy Award-winning director Don Scardino and set designer Ann Beyersdorer, Blane used lighting to convey the passage of time and place as well as the current of emotions that run through the play.

“There are actually more than 20 locations in this cinematically written musical,” said Blane. “The story takes place in ‘Grandpa’s South Field’ in Texas, a homeless shelter, under the I-35 bridge, on a park bench, in a ratty dirty motel room, and in a car during an eight-hour drive, among other settings. The list goes on. All of these worlds are there for me to interpret and manifest visually, since nothing moves scenically throughout the entire evening except for a few chairs. While ‘establishing location’ is a huge job for a lighting designer, in a story such as this I also had the even bigger mission of establishing the emotional undercurrent. Lighting was the ‘intangible goo’ that brought all the raw materials of this multi-layered story together into a cohesive visual.”

Because lighting played so many different roles in supporting the unfolding of the story, Blane put his diverse assortment of fixtures to work in a variety of ways. For example, he used the strobe feature of the COLORado 3 Solos in open white with a tight zoom during one two-minute sequence of the play. “They were reliable, punchy and no recharge strobe time was necessary,” he reported.

The two Maverick MK1 Spot fixtures in his rig also performed a range of functions. “I placed the spots on a ‘box boom’ position front of house,” said Blane. “They worked very well for specials. I was also able to evoke the feeling of traveling in a car by using the gobo wheels and prism functions very successfully.”

Hung on upstage electrics, the Maverick MK2 Wash fixtures created very bright soft dynamic beams for intimate “operatic stage picture” moments. A group of four Ovation E-910FC ellipsoidals was placed with a soft gobo on a low angle boom position with a beam bender to create a soft-edged texture at roughly head height, while the eight other units were used to light the surround walls with soft texture.

Playing a particularly important role in Blane’s design were his Fresnel fixtures. “Much of this piece was lit to look as though it was a moving painting, so being able to ‘fill in shadows’ without the source being conspicuous was very important to me,” he said. “Also, the Fresnels have a ‘power zoom’ option which came in handy. The majority of the lights slamming through the back of the slat wall, projecting slat shadows on the side walls, were Fresnels hung at different heights in the upstage corners. This helped create the feeling of the ‘sun rising’ and ‘falling’ in its angle as the time of day progressed.”

Conveying feelings surrounding time, place and human relationships was at the core of Blane’s lighting design. “Due to the fast pace of this play and multiple locations that are ‘real’ to their inhabitants, lighting plays a massive role in allowing the audience to click into the piece and feel like they are on the journey with these characters from the first downbeat,” he said. “Under Don Scardino’s leadership, all of us really paired away the fluff and honed in as much as possible on the heart of the story. We all ‘got out of the way’ to present this story in its most raw and true state. Anything that felt ‘untrue’ was removed, and left us with the most poignant version.”

Stella Adler would no doubt have approved. 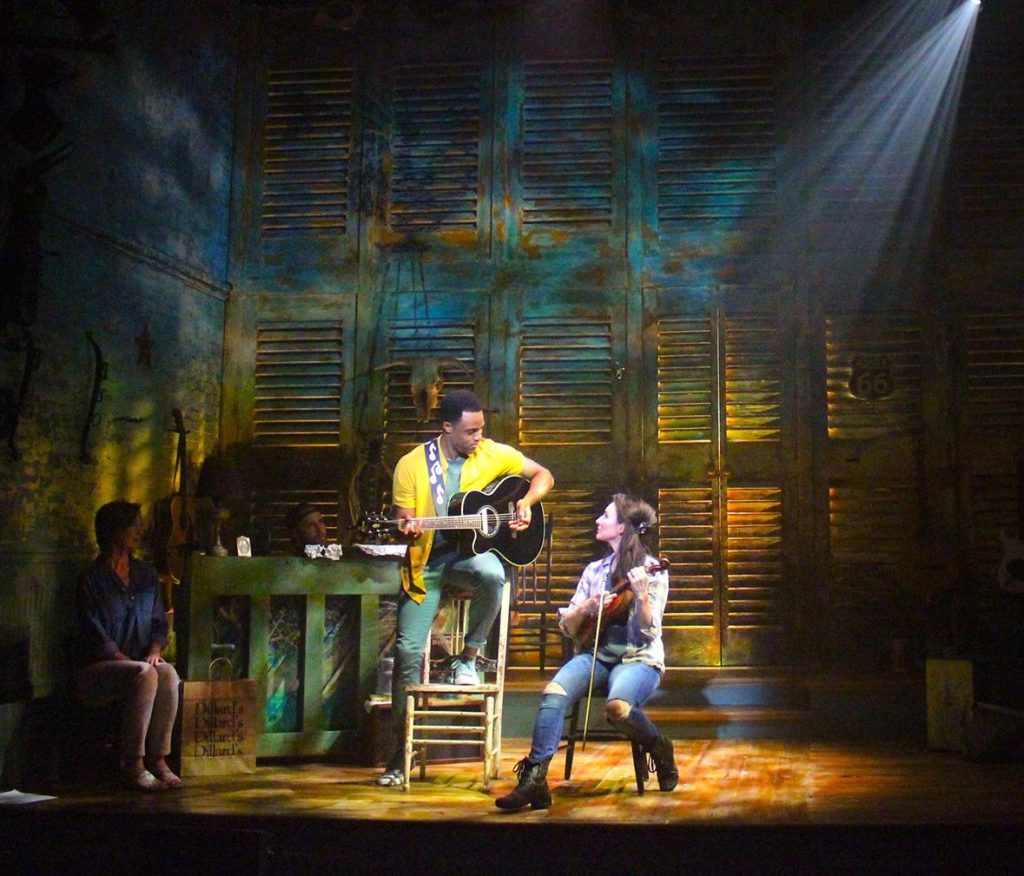