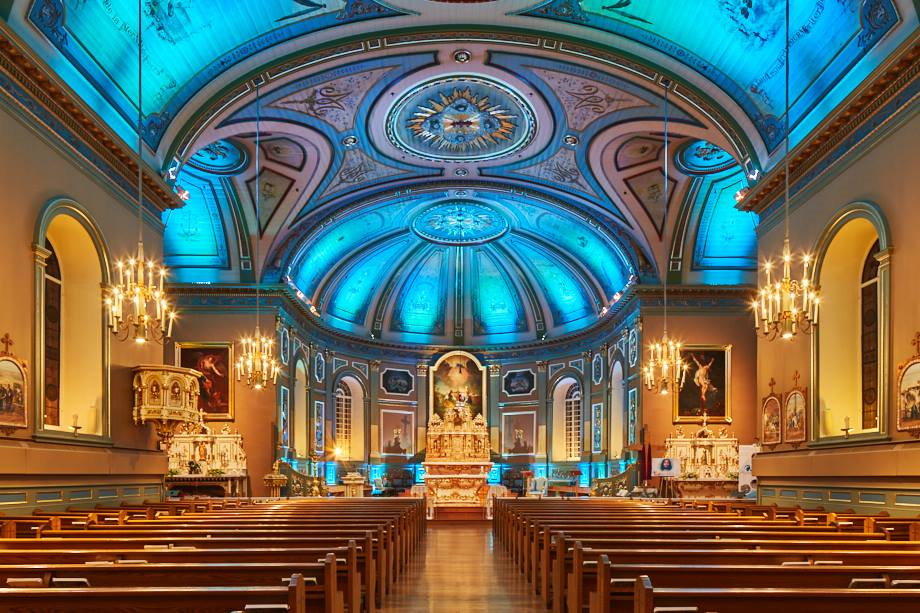 BOUCHERVILLE, QUÉBEC – Walk into Ste-Famille Church and you are not only entering a house of worship, but taking a transformative journey through time. Founded by the first bishop of Nouvelle France over three centuries ago, the church is one of the oldest in North America, its tradition reflected in its distinctive architecture and the richly colored original frescoes that adorn its walls and ceiling, as well as the dome over its semicircular apse.

As part of a recent revitalization project, sponsored by the Conseil du Patrimoine du Québec, the church’s architectural flourishes and stunning frescoes now glow with a new radiance, thanks to a carefully planned all-LED lighting design by Philippe Péquignot that features a collection of CHAUVET Professional fixtures, supplied by Montreal’s XYZ Technologie Culturelle.

“Our mission was to showcase the church and its frescoes without detracting from the original aesthetics of the building or its artwork,” said Charles Cadieux of XYZ Technologie Culturelle, which provided technical design assistance on the project in addition to specifying and supplying the lights. “The selection of the correct LED fixtures and judicious placement of them were critical to helping us achieve this goal.”

Using LED fixtures was essential to this project, said Cadieux, given the age of the frescoes. “The frescoes still had their original paint, so we didn’t want to expose them to heat from a non-LED fixture,” he said. “We were committed to making this an all-LED installation.”

XYZ Technologie Culturelle specified 10 Ovation Min-E-10CW compact ellipsoidals, one Ovation F-95 WW Fresnel, 31 COLORdash Batten-Quad 12 and 12 COLORdash Batten-Quad 6 RGBA linear washes, as well as 15 COLORdash S-Par 1 RGBA fixtures. The output of these fixtures was a critical factor in the decision to use them at Sainte Famille. However, before they could even begin to look at brightness, the design team had to be convinced that the fixtures were compact enough not to disrupt the aesthetics of the church.

“From the very beginning, it was an ironclad rule that anything we installed would have to be concealed by the building’s architectural details,” said Cadieux. “To maintain the original look of the church, it was essential to conceal the fixtures. However, at the same time we wanted the brightness. The compact Chauvet lights allowed us to have both.”

Given their dual goal of creating brightness while keeping the fixtures out of sight, the design team had to pay close attention to the placement of lights. They relied on the building’s architecture to provide cover for the fixtures. For example, the 11 Ovation units in the install are strategically placed 25’ in the air over the altar, with their bases blocked by various architectural details.

“This arrangement allows us to conceal the Ovations while letting their luminous flux transform the frescoes,” said Cadieux. “The high output from the Ovations’ LED engines produces general lighting of the altar and the bishop’s seat.”

The COLORdash fixtures were used to accent the architecture of the church as well as the frescoes. “We decided to go with the COLORdash series, because of its low profile and high projection efficiency,” said Cadieux. “Another feature we really valued was their ability to render very vivid colors. The church can completely transform its looks by changing color washes.”

Such color transformation could never have been imagined years ago when the frescoes were originally painted in their brilliant colors. Yet through the thoughtful application of new technology, this timeless art now blossoms like never before. 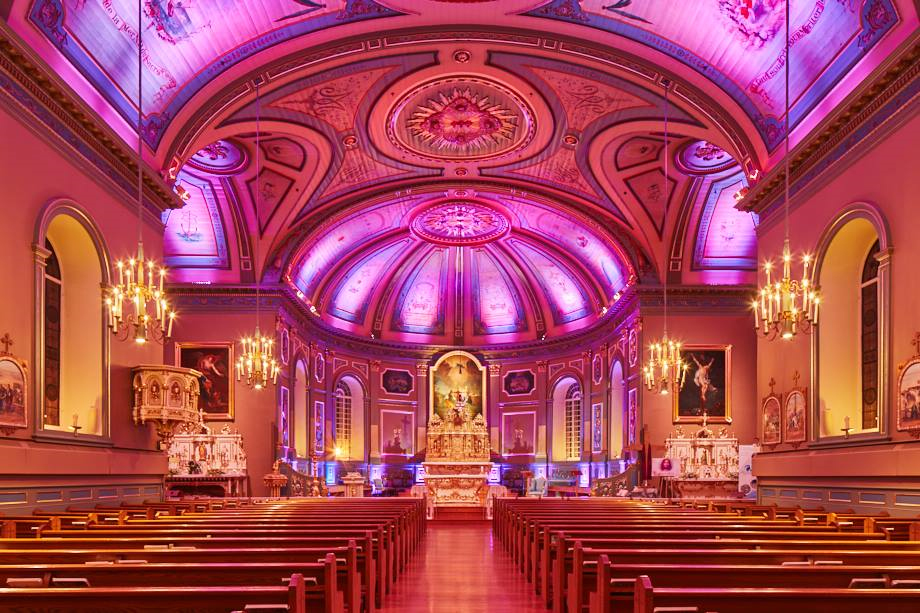