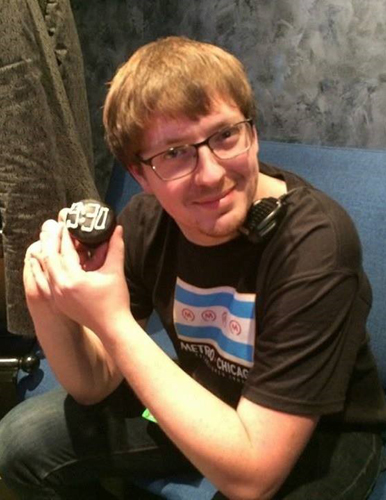 The founder of Squeek Lights was one of the earliest LDs to go Rogue. He’s used virtually every Rogue model on national and international tours supporting groups like They Might Be Giants, Silverstein and Psychedelic Furs to name a few. We caught up with Victor to talk about his inner Rogue spirit.

What was your first Rogue and when did you get it?
“My first Rouge fixtures were the R1 Spots I got in December of 2015 when I started my company, Squeek Lights.”

Ok, so it may be hard to give an exact answer, but about how many miles have you traveled with Rogues and how many different shows?
“Oh Jeeze, that’s a lot of math. I think with me the Spots have made 4 circles around the US, so maybe 30,000 miles, plus all the times they have gone out with other bands. Those spots have done 100-150 shows by now — and it’s not even their second birthday.”

Do the lights hold up better than you do on these journeys?
“Well they certainly complain a lot less than I do during the tour! They also don’t mind riding in the trailer, I tend to put up a bit of a fight when I get locked in a trailer.”

Do you sleep on tour buses?
Yes, except when driving on I-95, there are way too many potholes on that road to get any sleep!”

What’s the best venue you ever visited with Rogues?
“I have a couple favorites First Avenue in Minneapolis, 9:30 in DC (for the cupcakes), and Stubb’s in Austin. The combination of nice spaces, good gear and staff who are happy to see you always make for a good day. In general I love rooms with lots of trim where the rig can breathe and give me good beamage. Special shout out though to Pabst Theatre/Turner hall in Madison for having baristas backstage for the crew, I think more venues need to do that!”

What was the worst – or should we say most challenging — load in you ever had to deal with?
“The worst load in we had, ties back into why First Avenue is my favorite venue. In the middle of drive to Minneapolis the axle on the buss’s trailer broke. We had to get a wrecker to put the trailer on the back on the semi, which then had to drive it to MN, and then another wrecker had to drag it into the parking area. The crew was super ready to rock, and when we finally saw the trailer at 5, they crushed it and we had doors on time. Conrad and his guys are the best!” 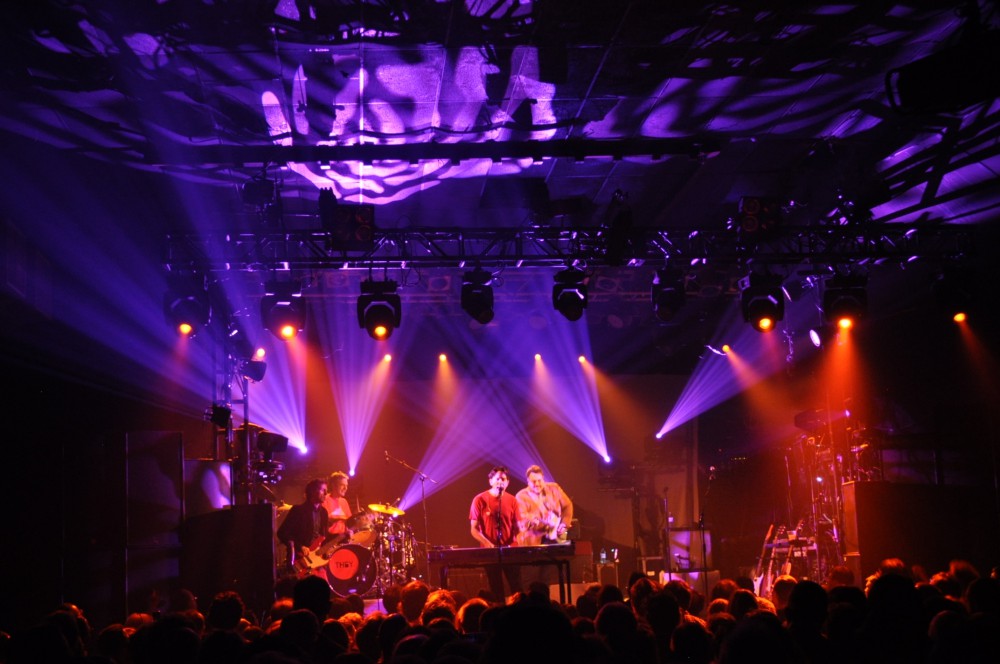 Speaking of mishaps – did you ever get lost on a tour?
“Well, I got lost in a venue once is Salt Lake City if that counts, I was trying to find the dressing room in the Slowdown and after trying to navigate the tunnels I somehow ended up in a Borders book store.”

What’s your favorite Rogue fixture?
“I like the R2 washes the most, lots of punch, great colors and zoom, zone control all in a little package.”

Any feature you would like to see added to a Rogue fixture?
“Either an Espresso machine or the ability to mix a killer Manhattan.”