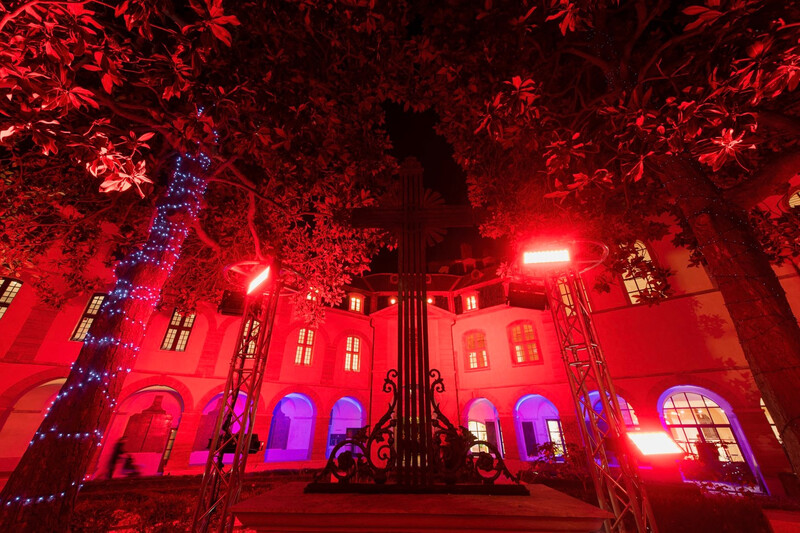 LYON, FRANCE – Sometimes the most soaring achievements take flight on the wings of unexpected adversity. Such an example can be found in the world-famous Fêtes des Lumières in Lyon. On December 8, 1852, the city’s large Catholic population had planned a spectacular firework display to mark the installation of a statue of the Virgin Mary on the bell tower of Fourvière.

A violent thunderstorm intervened, forcing a cancelation of the outdoor celebration. Undeterred, the Lyonnais lit candles in their windows, endowing their city with a radiant, hopeful glow, and giving rise to an annual celebration that today attracts some two million visitors from across the world.

Of course, the dazzling light displays that enthrall Fêtes des Lumières visitors today, could scarcely have been imagined in the pre-Edison era of the original celebration. Contributing to the rich tapestry of vibrantly colored LED lights at this year’s four-day festival were stunning panoramas at the Place des Célestins and Grand Hotel Dieu that featured CHAUVET Professional COLORado Panel Q40 fixtures.

Tech & Live, a subsidiary of the EUROSONO Group, created the light plots in addition to supplying and installing the IP65 rated fixtures at the two historic sites. A collection of 25 COLORado Panel Q40 units was used as part of a sound and light show with mapping at the Place des Célestins, and eight of the RGBW panel-fixtures were deployed at the Grand Hotel Dieu. 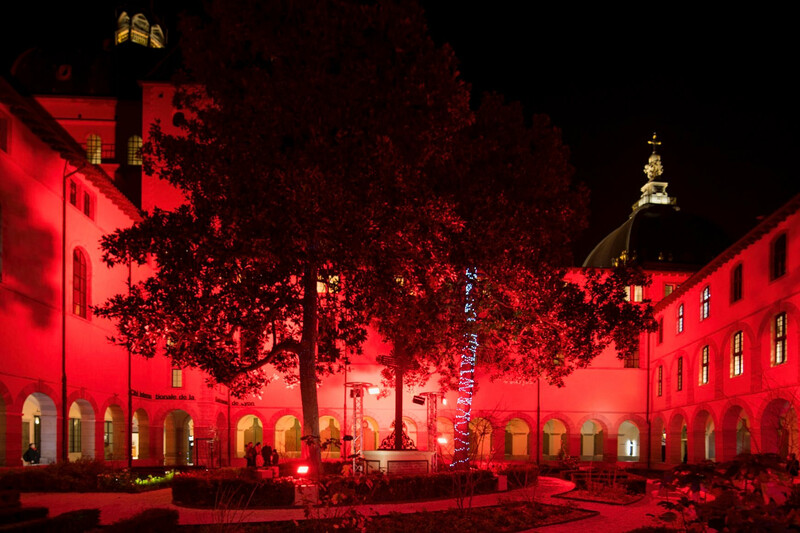 Positioned on scaffolding towers at the four corners of the spacious Place des Célestins square, as well as on two bridge structures, the COLORado Panel Q40s showered the UNESCO World Heritage Site in bold, realistic colors that contributed to the festive atmosphere, without detracting from the square’s distinct architectural and cultural features.

At the Grand Hotel Dieu, the COLORado Panel Q40 luminaires were positioned on totems in the interior cloister of the five-star hotel, which occupies a site that traces its roots back the 12th century.

“Our main question at Place des Célestins involved covering all the facades with an unknown RGBW projector since this was our first experience with the Chauvet brand,” said Mathieu Aufort, Director of Tech & Live. “The optical calculation on plan was essential but what was most interesting was to determine how the plan worked with the reality of the ground — the Colorado Q40 fulfilled all the functions wonderfully.

“The Colorado Q40 has been able to give unity to the whole place, whether it is the Célestins Place or the Grand Hotel Dieu,” continue Aufort. “Thanks to its exceptional brightness and uniformity, it has enabled live tests of the different apertures to be carried out in just a few manipulations in order to optimize the flow of light.”

It was through the “optimized flow of light” at Célestins Place, the Grand Hotel Dieu and throughout the Fêtes des Lumières that visitors were able to lose themselves for four days in December, and enter an enchanted world of color and imagination. This is how it has been since that fateful day in 1852 when a thunderstorm struck Lyon –and how it is likely to continue for many years to come.