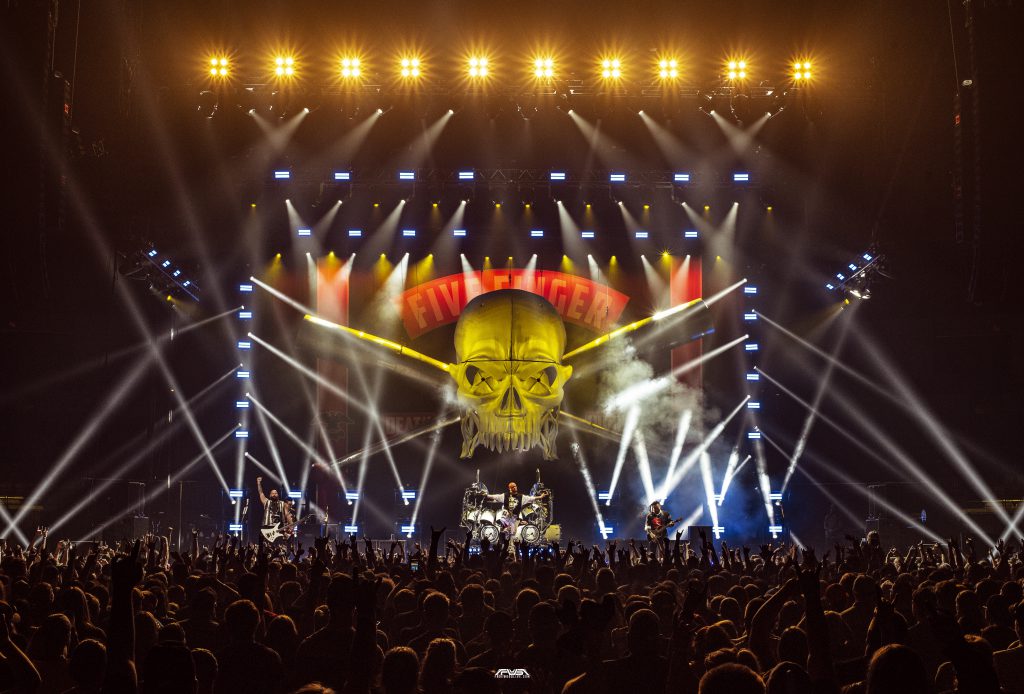 Someone unfamiliar with Five Finger Death Punch, who somehow happened to wander into one of their recent shows, would realize even before a single note was played that this is one industrial strength metal band. The 16’ tall skull over the drum kit would tell them that; so too would the pair of 40’ baseball bats that crossed behind that menacing headpiece, as would the skeleton outfit worn by drummer Jeremy Spencer.

Yet, for all its wrecking ball ferocity, the legendary metal band is famous for forging close emotional connections to fans at its shows. This was very evident on their recently completed arena/amphitheater tour with Breaking Benjamin, which featured memorable sing-alongs accented by warm audience lighting from CHAUVET Professional STRIKE 4 fixtures, supplied by Christie Lites.

John Santos, the lighting designer for Five Finger Death Punch, had 10 of the high-output LED STRIKE 4 fixtures spread out evenly on downstage truss during the tour. “They were my primary source of audience lighting and my blinders,” he said. “The show is designed around the skull over the drum kit and the two bats crossed in the back. My general lighting is very raw and aggressive, like the music. I try to create a look that matches the rhythmic and percussive feel of the music to accentuate the heavy hits. But as I am doing this, I also want to use lighting to reach out into the crowd and connect them to the band.”

This crowd connection reaches some of its high points during the band’s famous sing-along moments. Lighting the crowd with intensity, the STRIKE 4 fixtures reinforce the raw intensity of the band’s performance. At the same time, their warm white light creates an emotional sense of connectivity.

“There are some great moments created during sing-alongs for tracks like ‘Jekyll and Hyde,’ and ‘Gone Away,’” said Santos. “You can feel the energy in the crowd. My Crew Chief Marc Durning and L2 Axel Noel, who focused the lights every day, did a great job working the STRIKE fixtures as well as the rest of the rig.

“All of us felt that the warm white audience lighting set the mood,” continued Santos. “We liked the way that each cell of the STRIKE 4’s cells could be focused individually. This gave us the ability to light both arenas and amphitheaters equally.”

Santos included the STRIKE 4 fixtures in his touring rig as a result of a suggestion by Cory Wilson of Christie Lites. “Cory sent me a few demos to try out,” he recalled. “We did a shoot-out with some incandescent alternatives, and I was sold. I like that the STRIKEs give me big audience lighting looks without the need to add another service for dimmers or run additional cabling. Plus, I never had to worry about burnouts that we had with the incandescent alternatives. It was great that I had every cell working, every night. I always had enough power to light the crowd, which is very important for this band’s shows.” 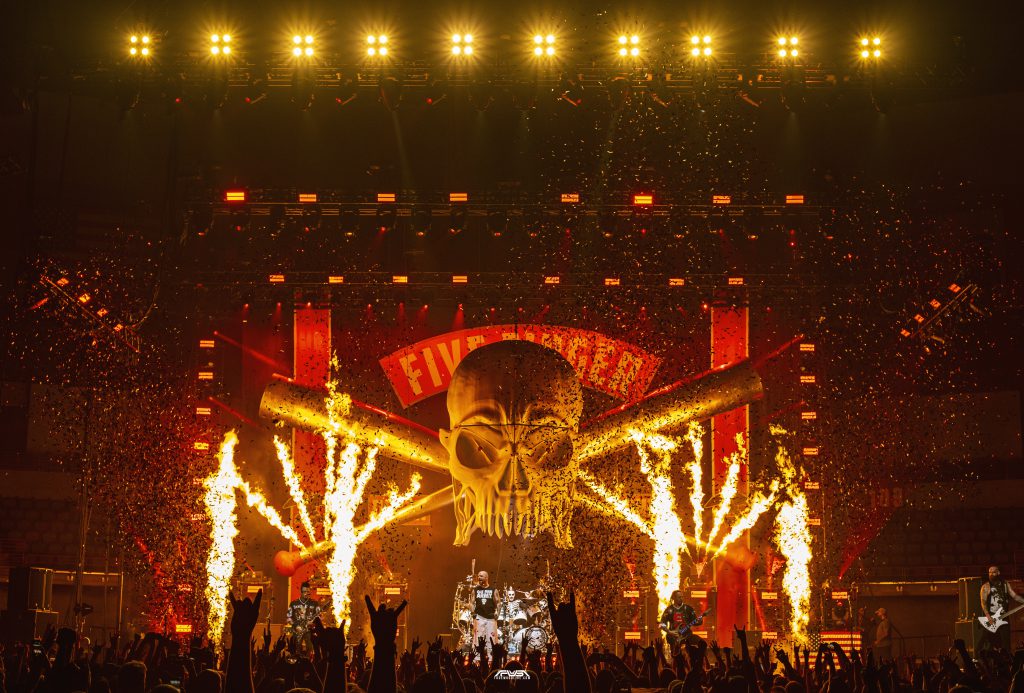