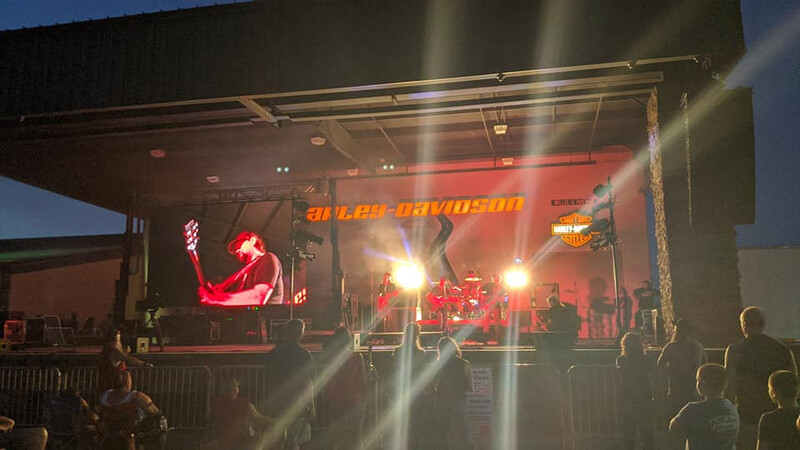 MORGANTOWN, WV – Christopher Robin is quite sure he’ll never forget the Fourth of July 2020. Challenging times that force us out of our comfort zones have a way of imprinting themselves permanently on our memories. For Robin, a Production Manager at Star Design Event Services, such an experience occurred when he put together the stage for an Independence Day concert by Top 40 recording artists The Davisson Brothers.

Unlike the usual summer concerts, he’s worked on, which take place before large crowds at a park or music venue, this one happened in front of only a few fans in the parking lot of a motorcycle dealership. Most of the fans who saw this show viewed it on a large drive-in screen at a nearby park. Others who saw it through the social media platforms of the 18 country music station’s that carried it in West Virginia.

“This was probably the first time we did a multi-site hybrid show that was “live” before a small group of people and livestreamed over different formats,” said Robin. “Like everyone in an industry that is changing all around us, we are adapting to a new normal.” 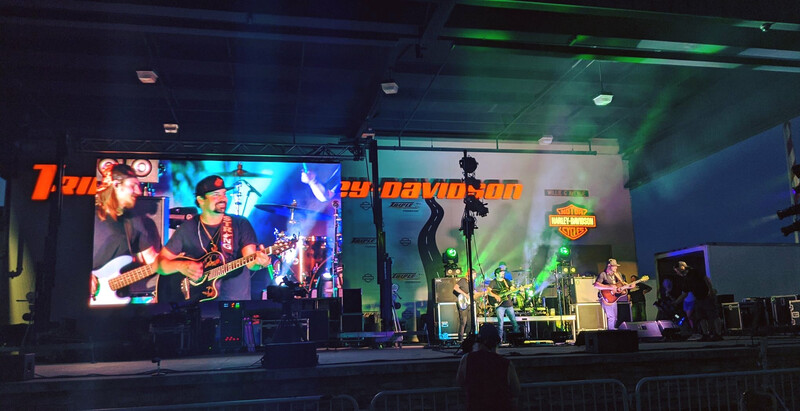 Among the adaptations made by the Star Design team, was the positioning of the stage’s video wall, which was made of CHAUVET Professional F2 Panels. Given the space available in the motorcycle dealership’s lot and the limitations created by the need to video the show for streaming, the team had to have a wall measuring three panels high by 10 wide, instead of the taller configurations it’s accustomed to.

The design team accommodated this restriction by positioning the wall to the right of the band. This not only fit the stage, it also provided an unobstructed view for fans and the cameras.

“Pikewood Creative provided us with all video content from their trailer,” said Robin. “They also controlled the cameras and the sponsorship roll for the entire broadcast for WKKW Radio in West Virginia. It was important that this content always remain crisp and clear. The resolution and brightness of the F2 Panels worked out very well for the human eye and the camera. We started the show at 7:30 and the panels showed up well even when it was still bright out.” 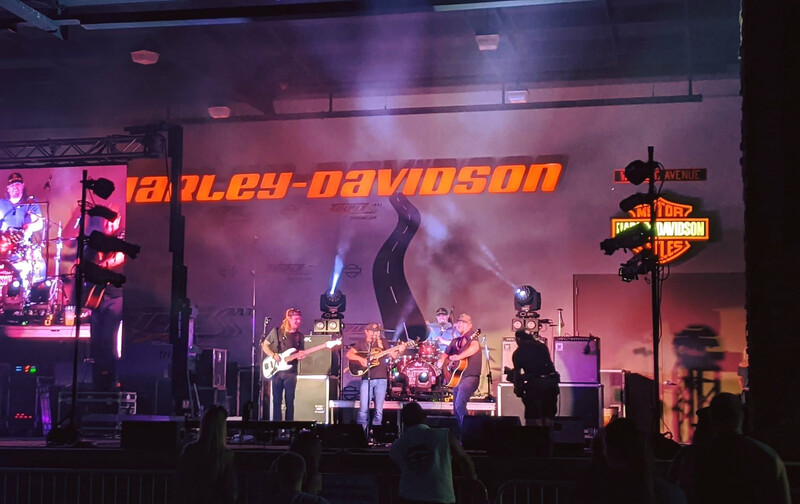 Another change made to accommodate the special circumstances of this hybrid show was the addition of four Ovation E-260WW ellipsoidal fixtures to the rig. “The Ovations were included because they allowed us to ensure great skin tones for the video,” said the Davisson Brothers Lighting Designer, Chris Vincent, who positioned four of the units on downstage booms, divided evenly between stage left and right, to get even coverage on each of the four band members.

With rapid pan and tilt movements somewhat limited by the size of the stage and the demands of livestream videoing, Vincent relied on dramatic color changes to create a sense of dynamic energy on stage. He often saturated the entire performance area with shades of the same color by coordinating the output of his COLORado M Solo RGBW and COLORdash Par H12 RGBWA-UV wash lights with the output of the video panels.

“The COLORados were always on the lead singer,” said Vincent. “I highlighted the other band members using a few beams in the rig.”

Production Manager Robin was impressed with the immersive quality of the lighting design. “The looks really drew you in, whether you were watching live, or on video,” he said. “Chris’ color choices and positioning were spot on, supporting the talent while also working with the camera. It was 90 degrees out, a bit hot, but all of us were happy to be out there doing what we love.”

Doing what they love? Yes, but in a slightly different way than they were accustomed to. “This was not business as usual,” Robin. “We are living in an interesting time in the history of our industry. Anything we do right now, we will always remember.”