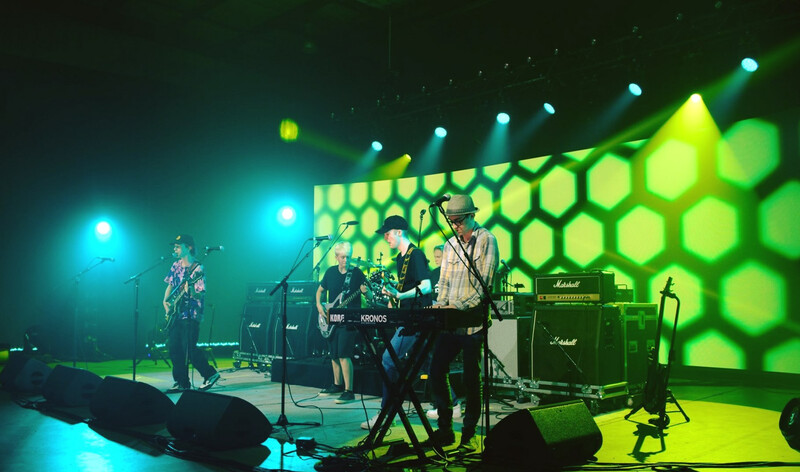 BALTIMORE – The coronavirus may have put a temporary halt to rock concerts, but it hasn’t done anything to dim the bright, fiery passion of aspiring stars who dream of one day taking to the arena stage. This relentless spirit was on full display at Let There Be Rock, a two-day livestream featuring a dozen bands from the Frederick Rock School.

Videoed at the improvised production studio in the Showtime Sound LLC warehouse, the event, which was streamed on Facebook and YouTube, featured a fittingly intense, hard-driving light show created by Aaron Kovelman, Showtime’s Director of Design & Production.

“This was an important moment for students, so we wanted to give them something that made them feel special,” said Kovelman. “We wanted to create looks that were not only powerful, but were also different for each band to reflect their unique personalities.” 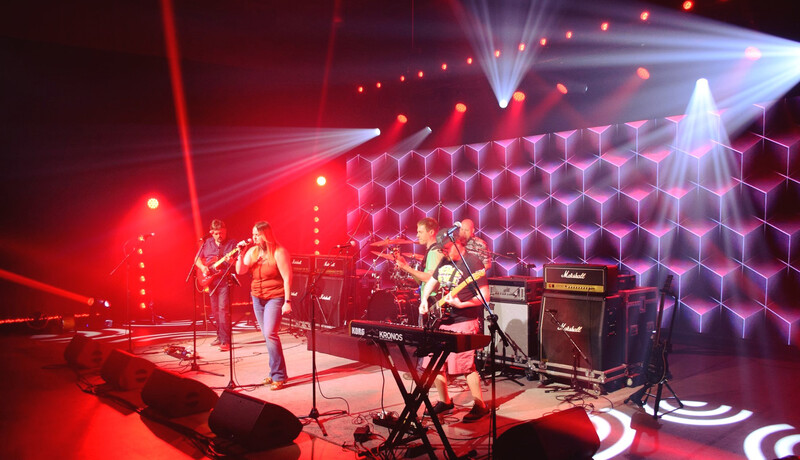 Helping Kovelman accomplish this goal were 13 Maverick MK3 Profile and 10 Rogue R2 Wash fixtures from CHAUVET Professional. Taken from Showtime Sound’s own inventory, the moving LED fixtures were used to coordinate colors and patterns with the images displayed on a 10’ by 30’ horizontal video wall.

“We used a lot of different video content to give each band its own core look and add extra meaning to each song,” said Kovelman. “Of course, in order for this to work, and not have the video wall look out of place on our live stream stage, we need to coordinate it with strong color statements. Given that livestreams are often watched on smaller screens, we weren’t going to be using a lot of aerial effects, so lighting statements often had to be made with color.”

Kovelman went through a wide range of colors during the two-day livestream, saturating the stage in bold reds for one song, then washing it in soft pastels the next. He relied on his Rogue R2 Wash fixtures positioned on 1.5-meter ground support pipes to provide complete color coverage. “This livestream had four more Rogue washes than my last one,” he said. “I did this to have a bit more side-wash for the performers on stage, to help add a good glow for camera, and to slightly saturate the performance space more. From doing previous livestreams, I learned that no camera angle can be lacking fullness — every shot needs to have depth.”

The Maverick MK3 Profile fixtures were positioned upstage (six units) and downstage (seven) and were relied on for specials and to add depth to the stage with gobo patterns. “We were very happy with the texture we created on stage,” said Kovelman. “This entire program came off beautifully. Scott Marceron from Let There Be Rock Schools, and all the sponsors and donors deserve a lot of credit. This event made miracles happen for the businesses involved, as well as for the young performers getting to play on a quality produced set.”

Perhaps one day, when COVID-19 passes into history, some of those young aspiring rockers will be lucky enough to perform on a real arena stage. When they do, they might well look back on this moment, when their rock dream received a much-needed boost. 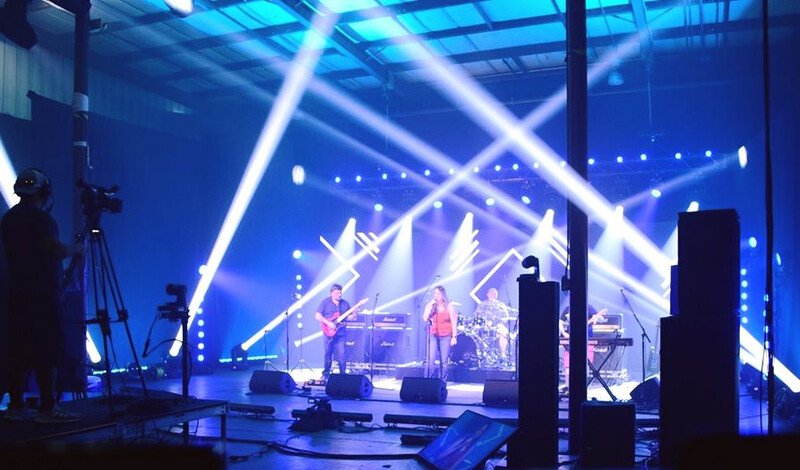