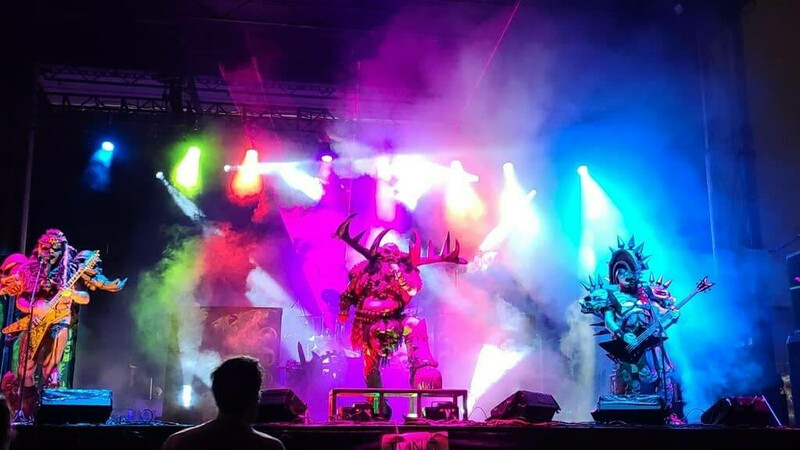 RICHMOND, VA – Time has done nothing to diminish the raw, brain-melting intensity of GWAR. Nor has it had any effect on the iconic metal thrashers‘ feel for the dramatic. This became quickly apparent when the band took to the stage at the Diamond Drive-In Saturday night October 10 in their famous subterranean regalia and proceeded to rattle car windows with their ferocious sound.

Accenting the band’s music as well as their remarkable costumes with a dramatic flair was an appropriately intense Ryan Pervola lightshow that featured CHAUVET Professional Rogue fixtures. Pervola used 20 R2 Wash fixtures and six R1 Spot units in his rig for the band‘s drive-in show, which marked the 30th anniversary of “Scumdogs of the Universe,“ their first major album.

“With GWAR you think in terms more like lighting a haunted house and less like a typical concert,” said Pervola. “While most band designs are about accenting the feel and interpretation of a song, GWAR is very much a theatrical story-telling band. The action with them never really stops, so you always have to have them fully lit at all times.” 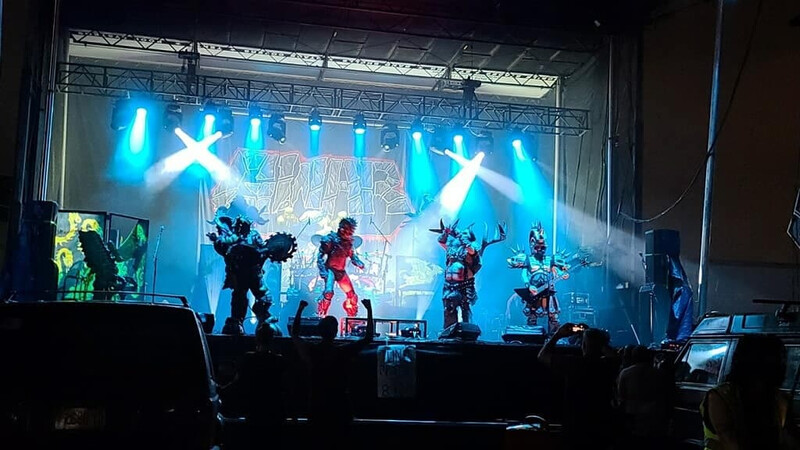 To keep up with the continuous flow of the band, Pervola maintained a consistent intensity level on stage. “There’s so much movement and action between the killings and fight scenes that you don’t want to have too much darkness or shadows,” he explained. “So, creating sharp, contrasting colors allowed me to give the stage a supernatural and haunted appearance. Since so much of the attention is on the action, I didn’t have to go over the top with look designs. I did however add some lasers to the set behind the drum riser to give the stage an extra bit of dimension.” 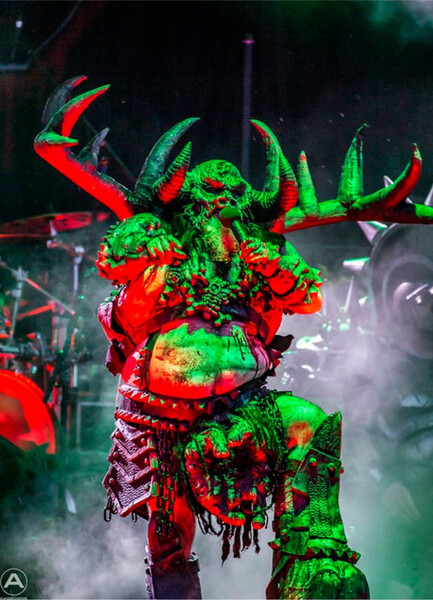 Key to helping Pervola achieve these looks were the Rogue R2 Washes that he flew evenly spaced on downstage and upstage truss. “I personally love these fixtures because of their brightness and vibrant colors,” he said. “The band tends to leave a wet bloody mess onstage with all the foam they use. I had 12 of the R2s upstage and eight downstage. Together they were able to handle the insanity without sacrificing good solid beam punch. After the show they were still in working order and fully ready for the next show even though a bloody massacre happened right in front of them.”

Also contributing were the rig’s R1 Spot units, four of which were positioned directly in front of the amp racks, while two were placed on raise cases behind the drummer. Positioned waist-high, the 140-watt LED spot fixtures had plenty of output to punch through the clear body of the drumkit and create eerily evocative back and side light angles on the band’s members, which played off effectively against their dramatic costumes.

“One of the best things about lighting GWAR is that the band has such detailed costumes and instantly iconic silhouettes,” said Pervola. “Even during a normal show, if you are in the back of the club you can see almost all the action onstage, so for a drive-thru being able to get the full experience is no issue. GWAR is a larger than life onstage act so everything is so over the top. All you have to do is just make it look even more crazy. They are a really fun band to light.” 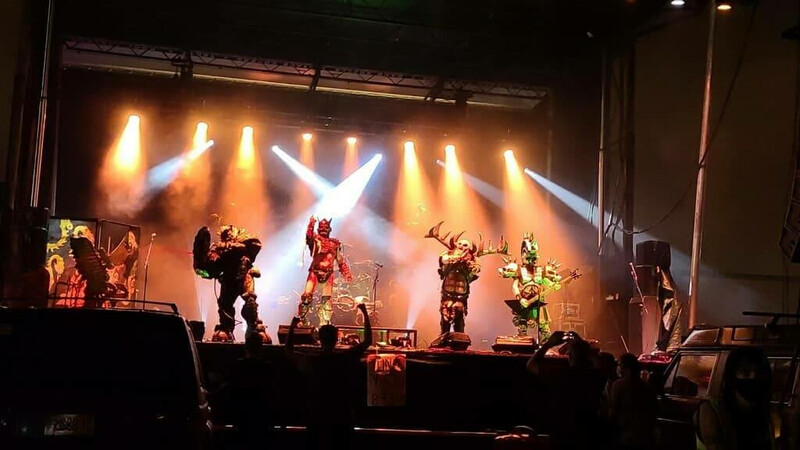