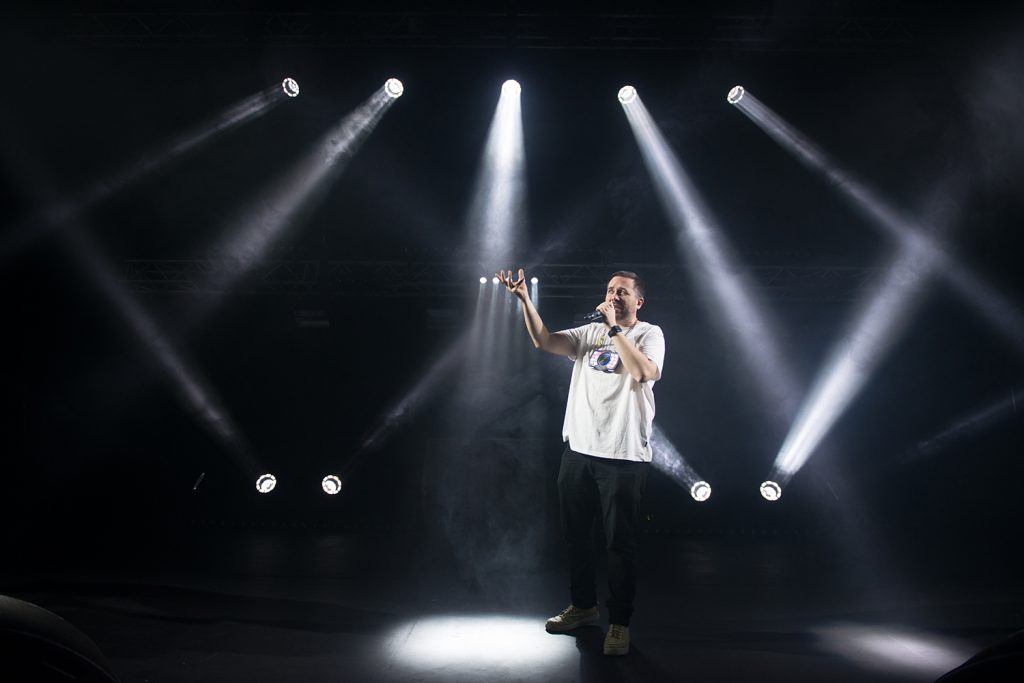 DUBLIN – While equally formidable in their own right, hip-hop and comedy aren’t necessarily two genres that one would normally expect to be joined together. But thanks to Irish comedian turned hip-hop musician Abandoman, the rulebook has been well and truly overturned.

After a successful year of headline festival slots and TV appearances, Rob Broderick, a.k.a. Abandoman recently embarked upon a sell-out tour to take his unique comedy hip-hop around the UK. Like his multi-talented client, LD Robbie Butler also went outside the box to defy convention and create something truly original. Helping him in this endeavor were 21 CHAUVET Professional Rogue R1 FX-B and 21 Maverick MK Pyxis fixtures.

“Rob (Abandoman) is a big fan of Kanye West, so he wanted the show to rival a Kanye concert in terms of production value,” commented Butler. “All this had to be achieved on a modest budget, and the show had to be able to turn around within the space of a half hour, so there were significant logistical problems on top of that.”

Key to Butler achieving this epic set of visuals was his incorporation of the Rogue R1 FX-B into his rig. Poised strategically above the stage on trussing , the fixtures shower Abandoman with stunning multifaceted throws of illumination. Given the innumerable features of the Rogue R1 FX-B, such as infinite rotation of both pan and tilt for each of its five individually controllable 15W RGBW LEDs, Butler was able to create crisp beams, rocket quick movements and color blanket effects to sculpt a stadium-like atmosphere.

“Thanks to the unique five heads in one batten design, you get that extra layer of versatility, which allows for more dynamic effects,” explained Butler. “As a result, I could play with movement and color, which added to the depth of the visuals.”

While the R1 FX-B provided the visual eye candy to the stage, the Rogue R1 FX-B and 21 Maverick MK Pyxis fixtures allowed Butler to add depth and another level of eye candy to his design. With a ring of nine 15W RGBW LEDs with a zoom range of 7° to 45° – as well as a punchy 60W RGBW LED serving as a center pixel — the Rogue R1 FX-B and 21 Maverick MK Pyxis with a 3° beam angle allowed Butler to shower the stage with an endless array of looks.

“I loved working with the versatility of the Pyxis,” continued Butler. “It gave me a lot of scope to add atmosphere and effects to different songs, for example by flipping between beam and wash effects, 360° pan and tilt movement and, of course, pixel-mapping effects in line with the R1 FX-Bs. Abandoman and I are both incredibly happy with the end result.” 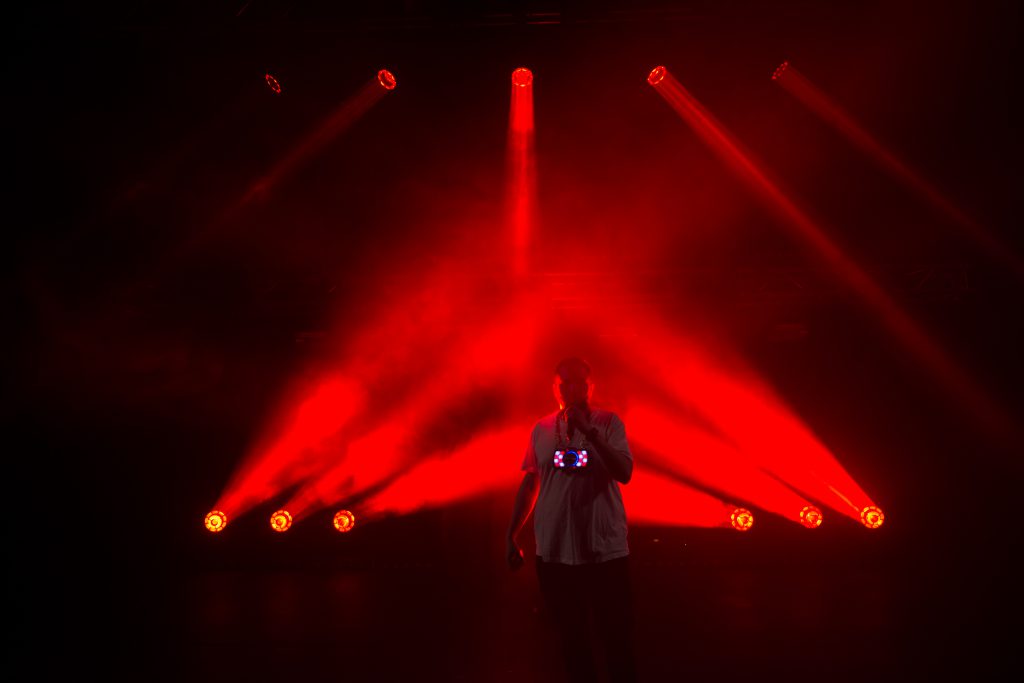