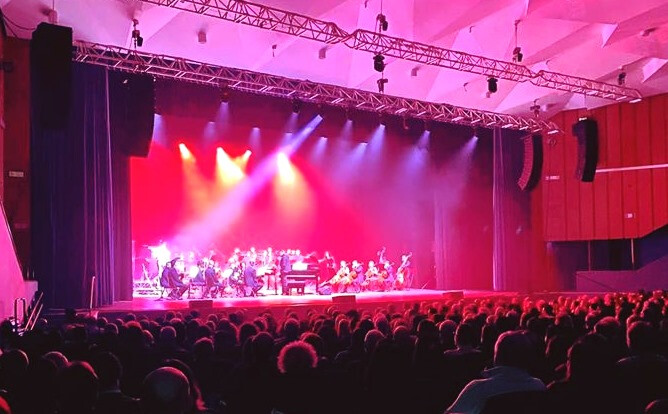 PARMA, ITALY – The sellout crowds that are filling Italian and Swiss concert halls to see the Legend of Morricone can be forgiven if every now and then they forget where they are, and are transported back to a time when they sat in their favorite cinemas. Such is the redolent power of the musical scores written by this four-time Academy Award winning composer.

Dating back to his seminal score for the Sergio Leone, Clint Eastwood spaghetti western “The Good the Band and The Ugly,” up to his current work for films like Quinten Tarantino’s “The Hateful 8,” Morricone has demonstrated a genius for weaving music into the very fabric of a film. At turns menacing and hopeful, somber and joyful, his emotionally charged music always evokes powerful visual sensations that are almost as easy to see as hear.

Conveying the intense imagery of the maestro’s music in light during the Legend of Morricone tour is a nuanced and richly textured Patrick Iavarone design that features CHAUVET Professional Maverick fixtures supplied by Fumasoli Audio and Lights Rental.

Like the music of Morricone, Iavarone’s lightshow moves with elegant ease through a sweeping range of moods, transitioning from big bold looks, to softer, more intimate interludes, taking the audience on this visual journey without ever distracting from the performances on stage. Just as no detail, however small, is ever overlooked in the Italian composer’s scores, Iavarone pays careful attention to pulling every performer on stage into the overall flow of his design, so each actor, dancer and musician is cued with precision.

For most of the 26-city tour Iavarone is carrying a rig that features 10 Maverick MK2 Wash and four MK2 Spot fixtures. At larger venues like the Teatro Europauditorium in Parma, his rig was expanded to include 24 of the Maverick MK2 Wash units to account for an extra wide stage. “A bigger lighting setup was made for the Europauditorium because the place is large, and I needed to have more freedom of movement since the dancers were added for this show,” explained Iavarone.

At Parma, Iavarone divided his 24 Maverick MK2 Wash fixtures evenly on four rows of overhead truss. The 12 wash units on the two downstage truss rows were used to accent the orchestra in even fields of white light, while the fixtures on the two rows of truss on the upstage side of the rig were used to wash the band in bold colors. By crossing the colored light from these Maverick MK2 Washes, Iavarone was able to complement Morricone’s passionate music with warm and inviting patterns.

The four Maverick MK2 Spot fixtures were hung (two apiece) on the two downstage truss lines. Those on the outermost truss were called upon to create specials for the lead actor, soprano, solo violinist and solo cellist, while the two units on the second line were used to light the clarinet, oboe and trumpet players, as well as the supporting actor. 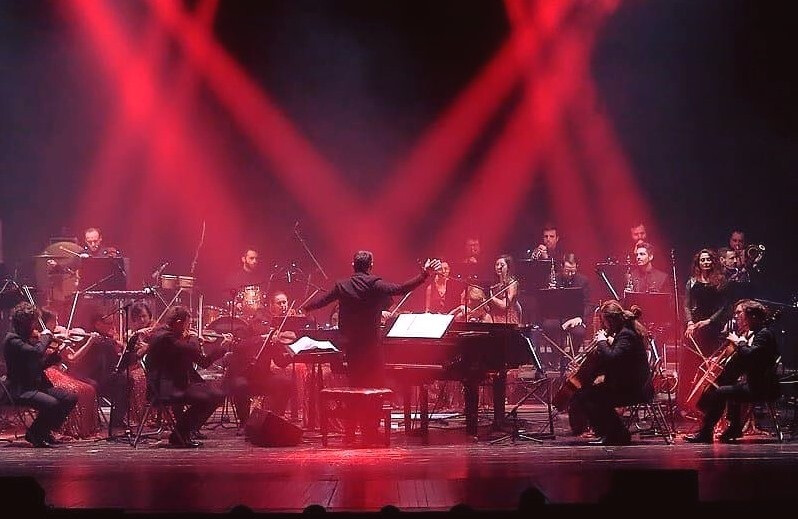 “We used the spots to accentuate the actors and soloists,” said Iavarone. “It was far more dramatic when they stood out from the rest of the audience. The washes and spots contributed to the show by giving me the flexibility to point them at any performer or object to make them stand out.”

Although the Legend of Morricone is filled with memorable moments, Iavarone’s favorite part of the show is lighting the “Last Caravan for Redrock,” from the composer’s Oscar and Golden Globe winning score for Tarantino’s “The Hateful 8.” As he described it, his purple and red light flowed with the music to capture the sense of dread experienced walking to the gallows.

This powerful combination of imagery and music, has been a hallmark of Morricone’s career. It is also clearly on display on this two-year tour celebrating the magic and majesty of this creative giant’s music.