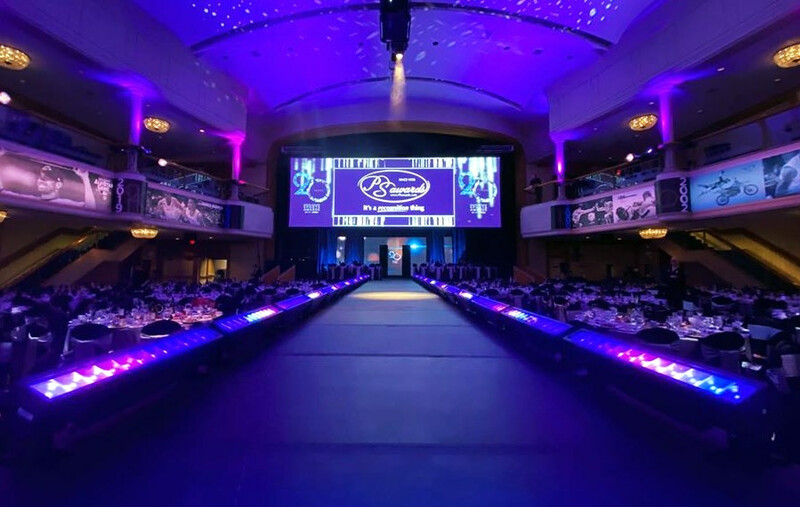 CLEVELAND – “The best thing about sports is the sense of community it can create,” Bob Costas once observed. Anyone who attended the Greater Cleveland Sports Awards in late January saw firsthand the wisdom of the legendary sportscaster’s words. Honoring local athletes of every level, from the pros to high school, the fundraising gala epitomized the power of sports to bring people together.

Reflecting the connection between local athletes and their community, the event featured a runway-like path that extended down the middle of the Cleveland Renaissance Hotel’s elegant ballroom, giving the sports honorees and performing talent who walked down it a chance to be closer to crowd.

Lining both sides of the runway and endowing it with a colorfully attractive touch was a collection of pixel mapped CHAUVET Professional COLORado Solo Batten fixtures supplied by NPi Audio Visuals Solutions. 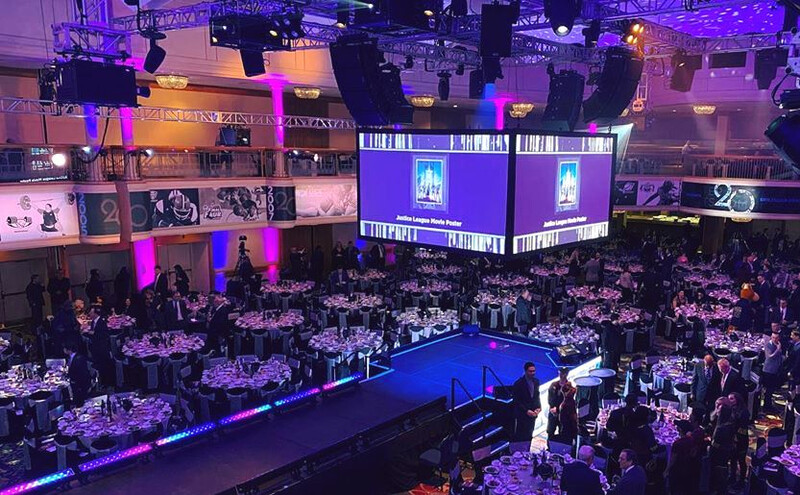 “The runway path ran from the built-in stage at the venue to the center stage since the program was done in the round,” said NPi’s Alex Kay, who was one of the project managers for the event. “We lined up 18 of the COLORado Battens on each side of the path and had them function as light for the talent, as well as eye-candy. They were bright enough that they actually washed the ceiling as well. Given that we had a large number of these fixtures placed very close to the audience, it was really appreciated that they ran so quietly with no fan noise.”

An additional four COLORado Solo Battens were used to uplight drape behind the stage, enlivening it with vivid colors. Like the pixel mapped lights that lined the runway, those up lighting the drapes created looks that came off well on camera at the televised event. 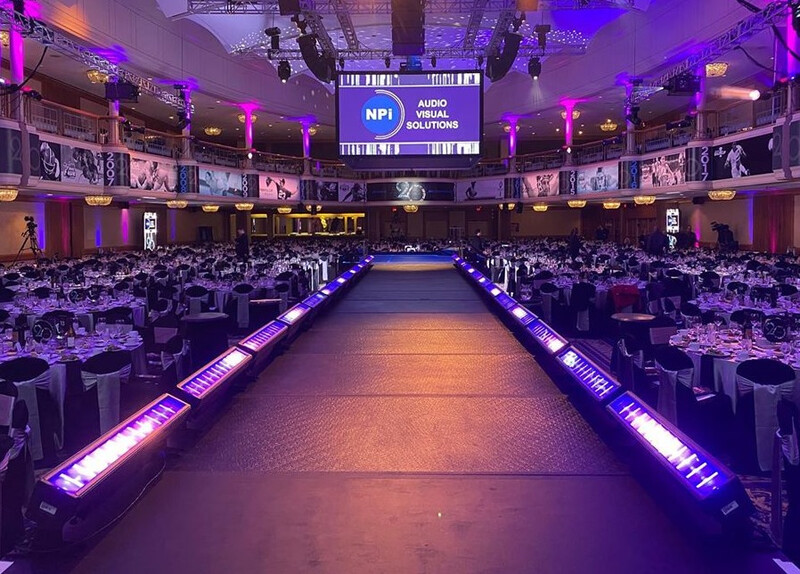 “Being a company that is heavily into video, getting fixtures that look great on camera is very important to us,” said Kay. “Having a nice flat field helps camera operators keep their shots balanced as they walked down the runway. Also, the battens’ square pixels gave a nice effect when the fixtures were directly viewable, especially since they were mapped creatively.”

Part of an eight-universe design, the COLORado Solo Batten fixtures were controlled via ArtNet. They were run in 99 channel RGBAW Extension Mode, with five fixtures per universe. Having the option to have an RJ45 in/output was “very helpful,” according to Kay.