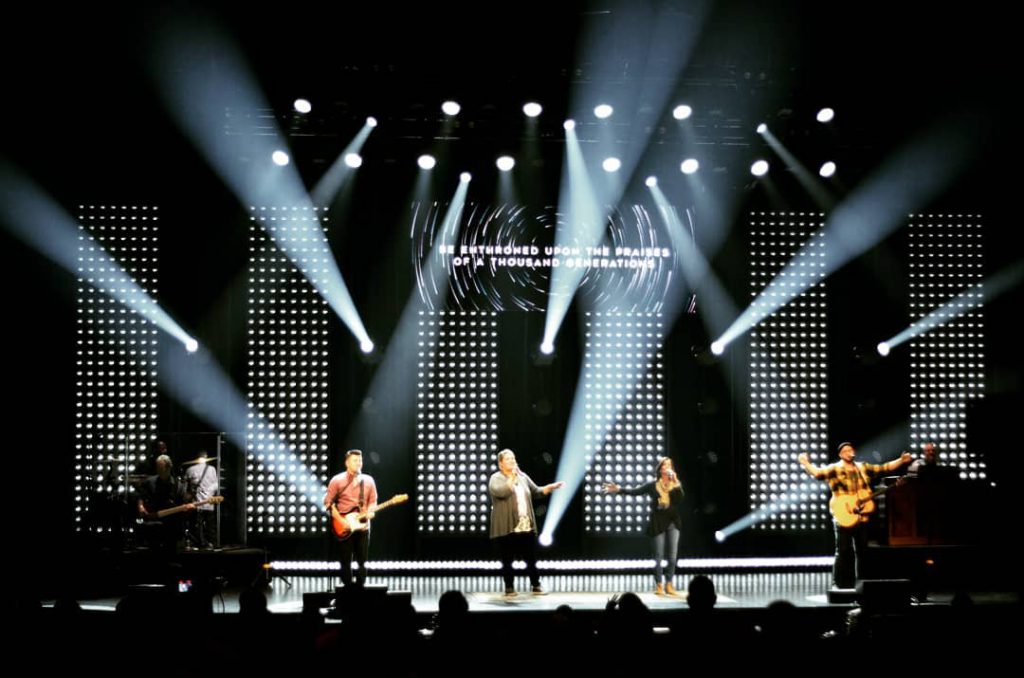 ST. CHARLES, IL – Nick Sheetz is the “Worship Environments Director” at Christ Community Church. It is fitting that the word “environments” with an “s” in his title is plural.

Since its founding just before Christmas in 1984, this four-campus church has been reaching worshippers through a variety of environments. For some, this may be via its “Hub Theatre,” a concert-style venue. For others, it can happen during one of the church’s “Inspiring Stories Weekend,” a thrice-a-year event that features people who have shown resiliency in the face of adversity, such as the survivor of a plane crash, or a man who served 35 years in jail for a murder he didn’t commit.

Lending visual support to this diverse range of activities requires a flexible lighting system, which is why Sheetz has always been receptive to looking at new ideas in fixtures. Through his guidance, Christ Community became one of the early churches to use moving lights. This year, Sheetz took another step toward enhancing the versatility of his church’s lighting rig, when he added 10 CHAUVET Professional Maverick MK1 Spot fixtures, supplied by JR Lighting Design.

Not surprisingly, a key factor in the decision to add these fixtures was versatility. “We wanted fixtures that could be our ‘utility players,’” said Sheetz. “Our goal was to install lights that could give us a large variety of looks. The large 5:1 zoom ratio and the frost filter of the Mavericks meant that we could treat them almost like hybrid fixtures. They can create a nice wash effect with the frost filter, then if we zoom them all the way in and bring down the iris we can create some great beamy looks as well.”

The optics of the Maverick MK1 Spot fixtures also factored into Sheetz’s plan for expanded versatility. “They were a huge selling point,” he said. “Having a flat field of light makes a huge difference, especially when using the fixture for aerial effects.”

Sheetz positions the Maverick MK1 Spot fixtures at various points around his church. “We have some units flown on truss, some mounted on booms of various heights, and some on the floor, depending on the look we want to create,” he said. “As I mentioned, they are the utility players of our rig. We use them often for aerial effects, but also for front and back lights as well as specials.”

The Maverick MK1 Spot units were added to the Christ Community Church rig to replace older incandescent spot fixtures. Although the new Mavericks are far more energy efficient than their predecessors, it is their performance that really stands out for Sheetz.

“We realized some impressive energy savings,” he said. “We expected that, but what really surprised us was the brightness of the Maverick LED fixtures. We didn’t give up anything in that regard. The church has been so happy with these fixtures that we added four more Maverick MK1 Spots to our rig, bringing our number of them up to 14. In the end, what really sold us on this fixture is its versatility — at a church like this, that’s important.” 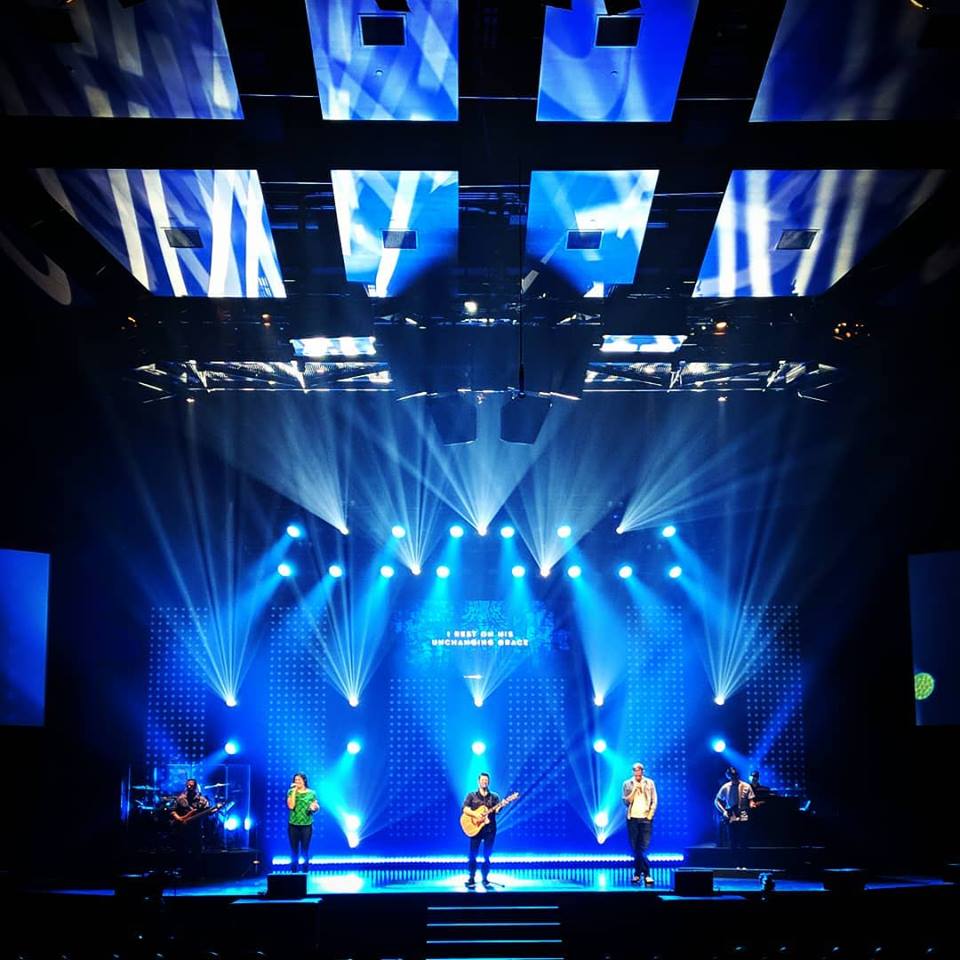