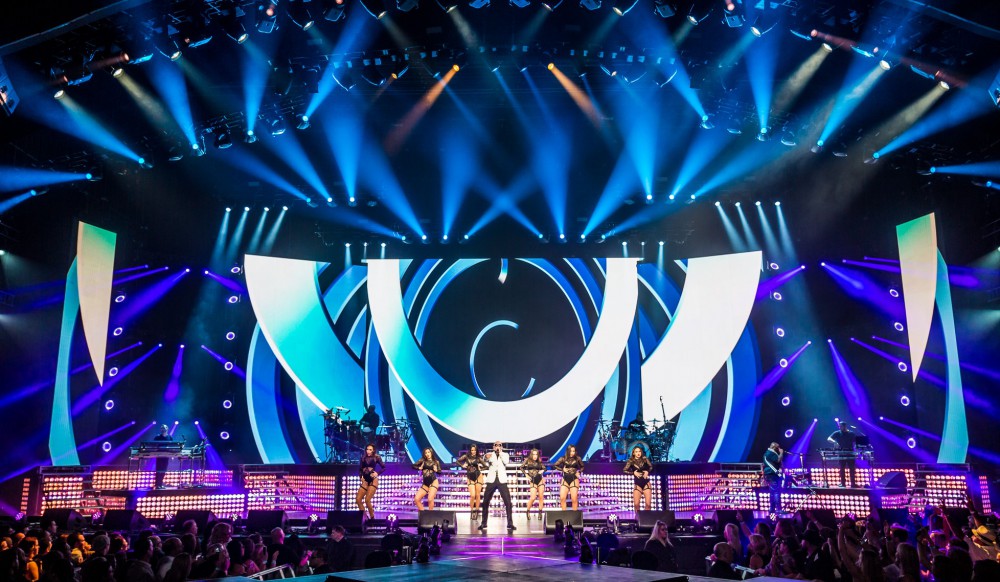 LAS VEGAS – Video panels frequently serve as fascia in shows on the Vegas Strip. That’s one reason why Michael Smalley and Gabe Fraboni of Twin Designs opted NOT to use them this way in their standout design for superstar Pitbull’s “Time Of Our Lives Tour” at The Axis in Planet Hollywood. “Video panels are great, and we use them all the time,” said Fraboni. “But the opportunity to design a show for an artist of Pitbull’s caliber in Vegas requires us to do something different. He’s dynamic and the dancers are amazing, so we needed to give them an area to perform on that could convey the sleek, sexy, and sophisticated theme of the show while giving us lots of options to experiment with.” The two designers found what they were looking for in the Nexus 4×4 COB LED panel from CHAUVET Professional. “The Nexus panels really reminded us of all the old-school Vegas hotel facades and signs,” said Smalley. “We wanted that feel combined with pixel mapping to create a variety of looks. We used them throughout the show in a wide range of ways — sometimes to blast the audience on a big moment; at other times to creatively fill visual real estate.” 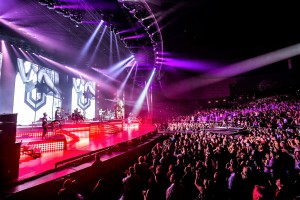 Especially important to the two designers was the Nexus panel’s ability to cover spill from other lighting fixtures.  “We use a lot of spotlights for our dancers, and anytime you do this, the spill on the set can look messy,” said Smalley. “When the Nexus panels are running, even at 10 percent, most of that spill can’t be seen. It tightens up the overall stage dynamic.”

Fraboni and Smalley positioned 138 Nexus 4×4 panels on the fascia of tri-level band and dancer risers. The dimensions of the panels were ideally sized for the riser heights, which contributed to the aesthetic appeal of the design. Also, even when the panels weren’t illuminated, their attractive appearance made a positive visual statement on stage, according to the designers.

However, creating the fascia display was not without its struggles. “Just making everything fit exactly right in the space once we started building was a challenge,” said Fraboni.  “The riser setup is 80’ wide with lots of angles and staircases and such. It was tricky, but we got it done and ended up with something that made a great contribution to the overall look of the show.” 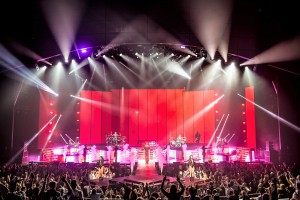 For much of the show, the Nexus panels were controlled via DMX, using a grand MA2. The designers also used the ArKaos LED Mapper to create effects. “We got some cool effects using a media server and an Art-Net merge to do all of the mapping on the design,” said Fraboni. “It really turned out great!  We approach each song very differently in order to give the show a dynamic range. During some songs, the panels have simply static looks, while for others we throw vibrant patterns across the entire setup. Usually we ran the Nexus panels at 10 percent, but occasionally we’d blast them –and they were extremely bright.”

The reaction to the Nexus fascia has been overwhelmingly positive. “We’ve gotten more compliments about the way the risers look than we did about any other part of our design,” said Fraboni. “Everyone thought the looks we created with the Nexus were fun and exciting. From the first inception of this design, we knew we had to keep the riser and Nexus panels idea intact at all costs.” 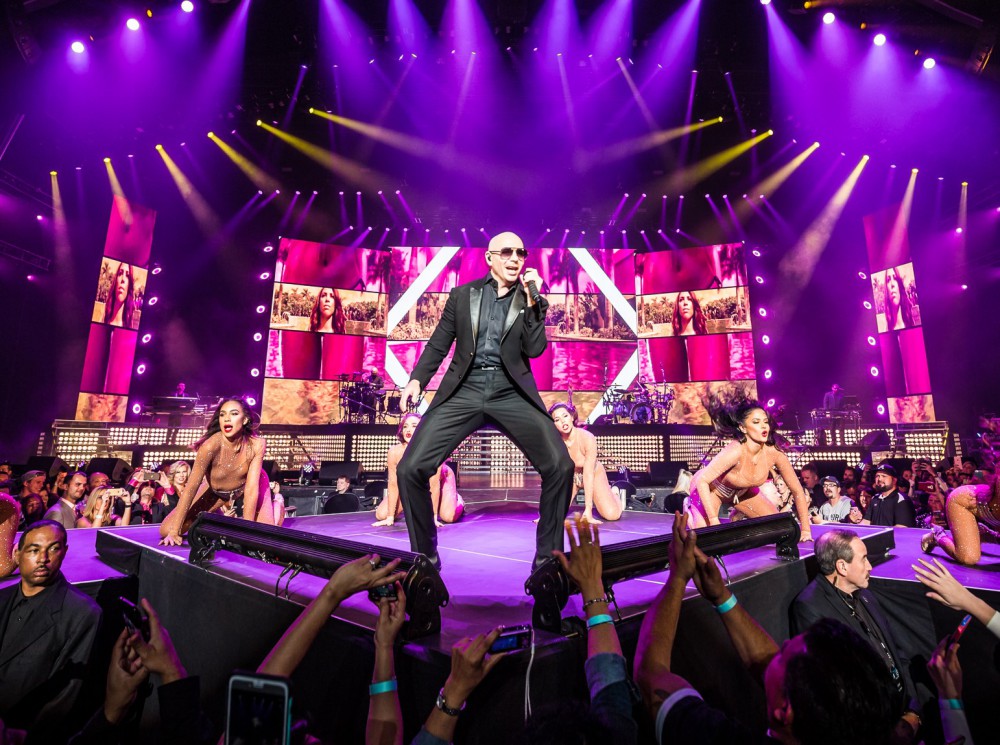