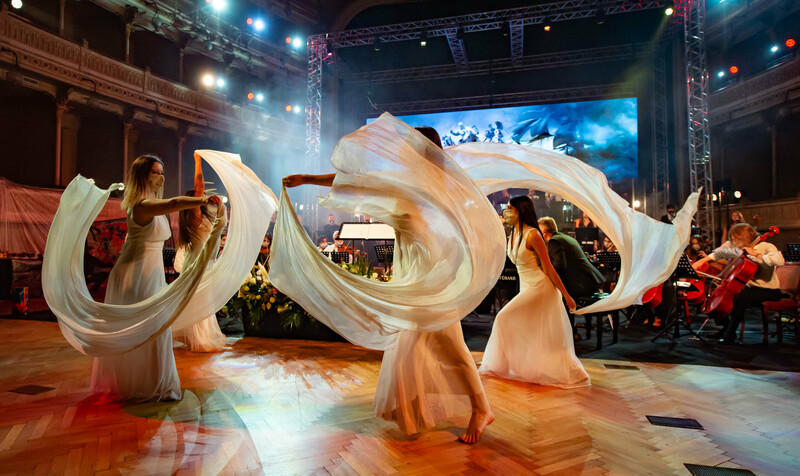 Much of the story of a life can be told in music. The songs that lift the spirit in joy and comfort it in sorrow, resonate through the years that mark our time on earth. Claudio Mazzucchelli was inspired by this great voice to create “Papa Watch My Fly” a livestreamed multi-media operatic work performed at the historic Teatro Coccia . in Novara, Italy

Featuring over 70 socially distanced performers, representing a wide range of musical genres from classical and jazz, to pop and rock, as well as aerial dancers and a “live” painting by Giuseppe Ravizzotti, Papa Watch Me Fly portrays the evolving relationship between Mazzucchelli and his father over a 54-year period, from 1962 to 2016.

Reflecting the passions and nuanced emotions of this story, was a Nicolò Damiani lighting designed that featured 26 Maverick MK2 Wash and 18 Maverick MK2 Spot fixtures. Audiosales Entertainment Solutions, which managed the production, rented our fixtures from Fumasoli Audio & Lights. 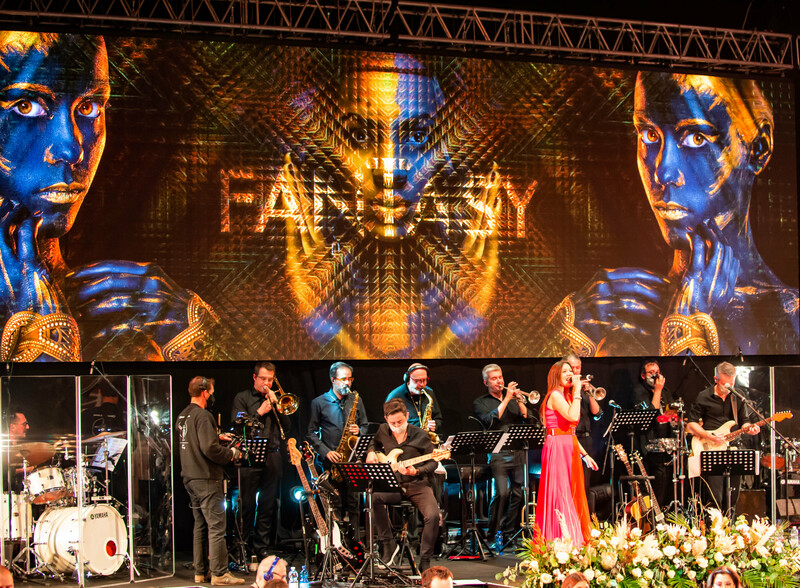 Led by sales manager Marco Alterini and product specialist Giovanni Pigino, the Audiosales team rented the moving fixtures to enhance the powerful story-telling dimension of the show. “Our first aim was to create a variety of true ‘lighting pictures,’” said Damiani. “The director needed to have the best lighting conditions at all times in order for the impact of this show to come across on a livestream.”

This impact was precisely what Damiani delivered in his camera-friendly design. Positioning the wash and spot fixtures on different balcony rails, he relied on their output, throw distance, and tight focus to conjure up a variety of looks. He also created crisp gobo patterns to add depth and texture to the stage.

“I never used Mavericks before and I was impressed by the quality of their light,” said Damiani, who ran his show on a ChamSys MagicQ MQ500M console supplied by MG Service, which supplied most of the gear for the production. “Throughout the show, I was able to create soft atmospheres and change colours without compromising.” 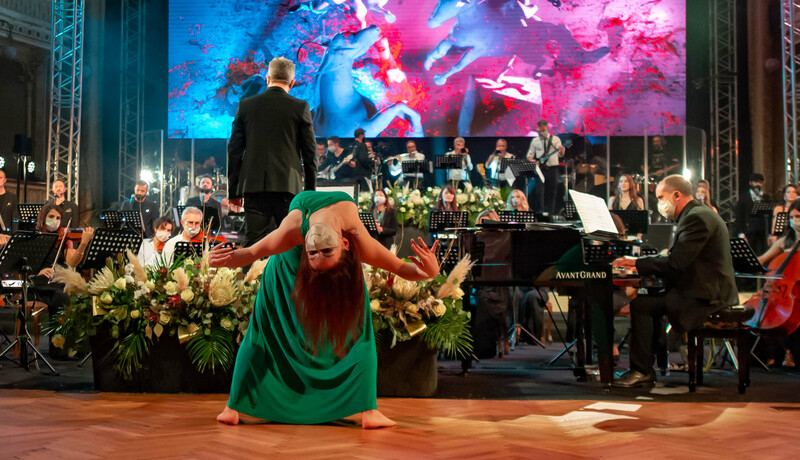 As he adroitly moved through different color combinations and focal points to reflect different moods, Damiani was also able to weave a consistent look throughout his design to bring its many different facets together in a cohesive looks.

It isn’t surprised that Papa Watch Me Fly was characterized by such a rich variety of emotions and visual elements. The show, after all, represents over a half century of a full life and a relationship between father and son who shared a passion for music.

Claudio Mazzucchelli recalls finding a letter from his father after his death in 2016. In it, the elder Mazzuchelli expressed his desire to have the music that defined his life brought to the stage one day. With Papa Watch Me Fly, this son has honored his father’s wishes – and memory.