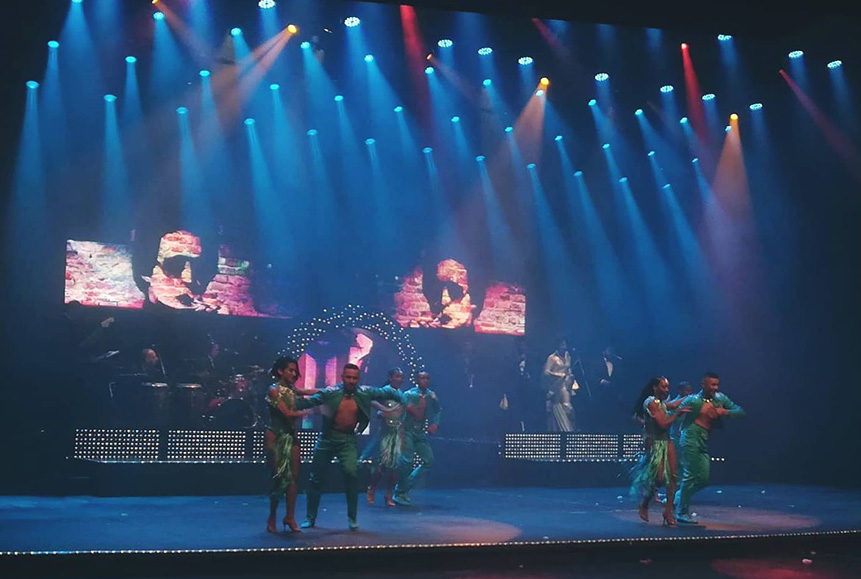 BOGATA, COLOMBIA – Among the most important things to keep in mind when running a lightshow, believes Milton de la Cruz, is “to know your key moments.” The Jamundí, Colombia-based LD had more than a few dramatic high points to light in December when working the annual main show of Ensálsate, a Salsa Caleña cabaret with over 80 artists on stage, a live orchestra, 500 stunningly colorful costume changes, and a nonstop flow of breathtaking dance moves.

Helping de la Cruz reflect this choreographed panorama in light at Bogota’s Teatro Colsubsidio was a collection of CHAUVET Professional Rogue R2 Spot and COLORdash Par-Quad 18 fixtures. “Few things are more important than knowing your show’s peaks,” he said. “I focus very hard on having an appreciation of the key moments and highlighting the stage and the artists during them. Fixtures that are fast and bright like the Rogues and COLORdashes help me be responsive to the key moments.”

Flying six Rogue R2 Spot fixtures on midstage truss, de la Cruz relied on them for downlighting dancers and creating a sense of space on stage. By creating columns of light on stage, he not only was able to highlight individual performers, he also added depth to the stage and established an “architecture” that accentuated the sensuous movements of the salsa dancers.

The color-rendering capabilities of the Rogue R2 Spot, which has two color wheels, split color capabilities and continuous variable speed scrolling, helped de la Cruz reflect different peaks in the cabaret’s performance. Working in conjunction with washes in the rig, the Rogue fixtures helped transform the entire mood of the stage with color changes.

Also key to colorizing the stage were the 22 COLORdash Par-Quad 18 fixtures in the rig. Flown on midstage and downstage truss, these fixtures were used to set moods and coordinate the stage lighting with the dancers’ colorful costumes. Blue, cyan and orange were the dominant colors used during the performance.

In addition to valuing the COLORdash fixtures for their colors, de la Cruz praised their flexibility. “These are versatile fixtures that helped me respond to different elements of the dance,” he said. “I loved to play with the dimmer and strobe capabilities.”

Ensálsate, which has performances in Cali and Bogota throughout the year, has attracted a wide following all over Colombia. Many of its regional fans journey to the Teatro Colsubsidio for the end-of-year cabaret, expecting to be awed by the dance moves and lighting displays. For Milton de la Cruz and the theatre’s technical team of Carlos Alfonso Ramos and Martin Segura the surprises that delighted audiences were really no surprise, since they studiously prepared for every one of the show’s highlights. That, of course, was a big reason why this show worked so well. 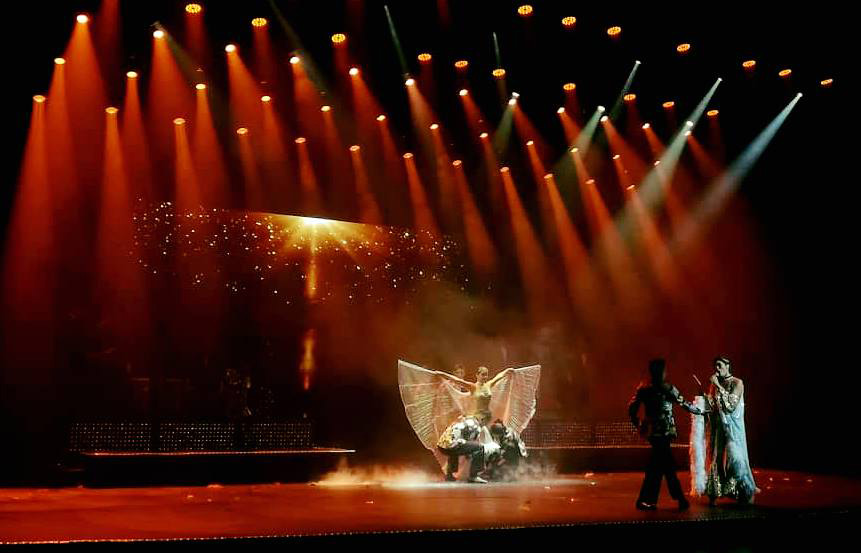