VENTURA, CA – Time: its passage and the way it shapes our lives, is at the heart of “Gulf View Drive,” the third and final drama in Arlene Hutton’s classic Nibroc Trilogy, which follows the lives of a young couple over a decade during the post-World War II era. Helping to convey this evocative theme at the Rubicon Theatre’s production of the play is a powerful Mike Billings lighting design that creates a visually rich and textured sense of time’s inexorable flow with help from the CHAUVET Professional Ovation E-910FC color mixing ellipsoidal.

“Early in the design process, the creative team discussed the color arc for this show, which was incorporated into costumes, scenery and, of course, lighting,” said Billings. “The show is set in 1953 Florida.  It starts off very warm during a hot day. Then as the story unfolds, things become more tense, which we convey by using cool colors.  At the conclusion, the mood becomes bright and warm again as conflicts are resolved over time.  The playwright used time of day and weather to underscore the emotional quality of the scene. We show a broad spectrum of times and weather changes in the show, which made my job as a lighting designer fun.” 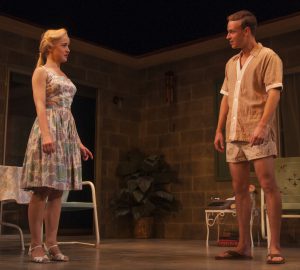 Contributing greatly to Billings’ enjoyment were the six Ovation E-910FC ellipsoidals he used. Arranged on taildowns, the RGBA-Lime fixtures were hung at an angle between head-high and pipe-ends to deliver color and texture to the stage at a low angle.

“The color mixing of the Ovation E-910FC was wonderful,” said Billings. “The lime was essential because it allowed me to create both saturated and unsaturated colors without compromising my brightness.  When I had a rich sunset scene and I needed to brighten an actor standing in one of the Ovation lights, I could simply roll out the saturation and still have a crisply-mixed color without creating a muddy look.”

Billings calls the Ovation E-910FC fixture the “workhorse” of his show, noting that it has increased his flexibility and simplified his rigging. “It was like a dream come true having the 910FCs, because I could rely on them as an all-in-one color source, instead of hanging a lot of different systems of blue, orange, green, and so forth,” he said. “When a scene became tense and I needed to add contrast, I was able to change color or intensity easily, without swapping to a different system or doing something awful, like running a gel string in a scroller!  When I needed to brighten up a lighthearted moment in the play, I could seamlessly roll out the saturation on one of the Ovations, and not muddy the rest of the scene by adding light from another system.” 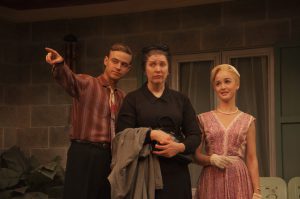 In addition to the Ovation E-910FC, Billings used eight Ovation E-260WW warm white ellipsoidals and two Maverick MK2 Spot moving fixtures. All but two of the Ovation E-260WWs were hung as clear head-highs to cut through other light and brighten as necessary. The remaining two Ovation E-260WW units were fitted with Rosco I-Cues and City Theatrical Auto Irises and used as front light specials.  Relied on to provide texture and for special effects, the two Maverick fixtures were hung on box booms.

“The Ovation E-260WW worked seamlessly with the conventional ellipsoidal gear already at the theatre,” said Billings who brought the CHAUVET Professional fixtures in as a demo for the play. “I was impressed with its dimming curve, quality of light and brightness. It was a treat to be able to use two of the Ovation fixtures with Rosco I-Cues and City Theatrical Auto Irises.  I loved being able to have two refocusable specials with perfectly flat fields that didn’t darken at the edge of the beam, and that didn’t turn orange as it dimmed. This was important, because I often used them at low levels. Another thing I liked is not having to worry about lamps burning out on some very essential lights.”

For Billings, who is based in New York, lighting “Gulf View Drive” at the Rubicon Theatre represented a homecoming of sorts. Last year, he was nominated for an L.A. Stage Alliance Ovation Award for the lighting design he created for “See Rock City,” the second play in the Nibroc Trilogy. He drew on this experience when designing for the current show. His work, like the characters in this captivating play, has grown over time. 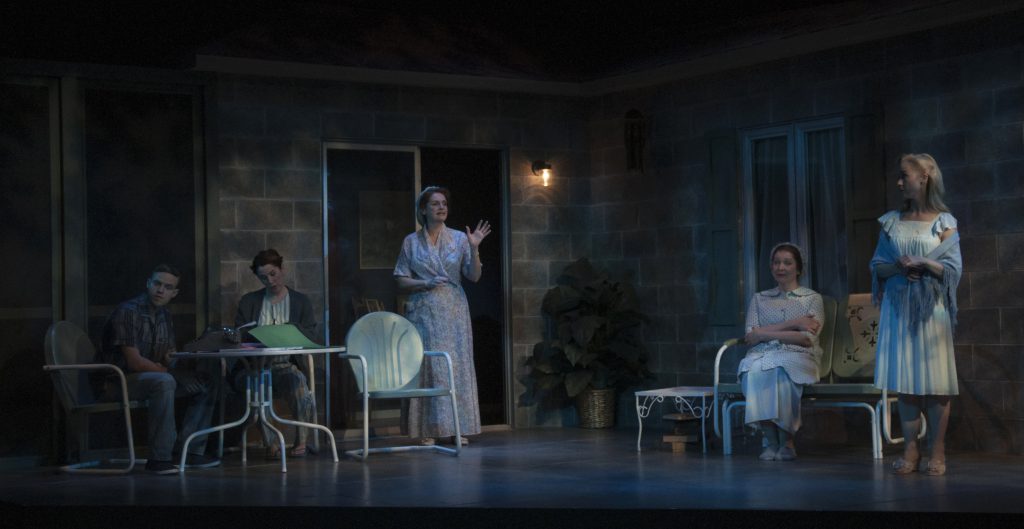 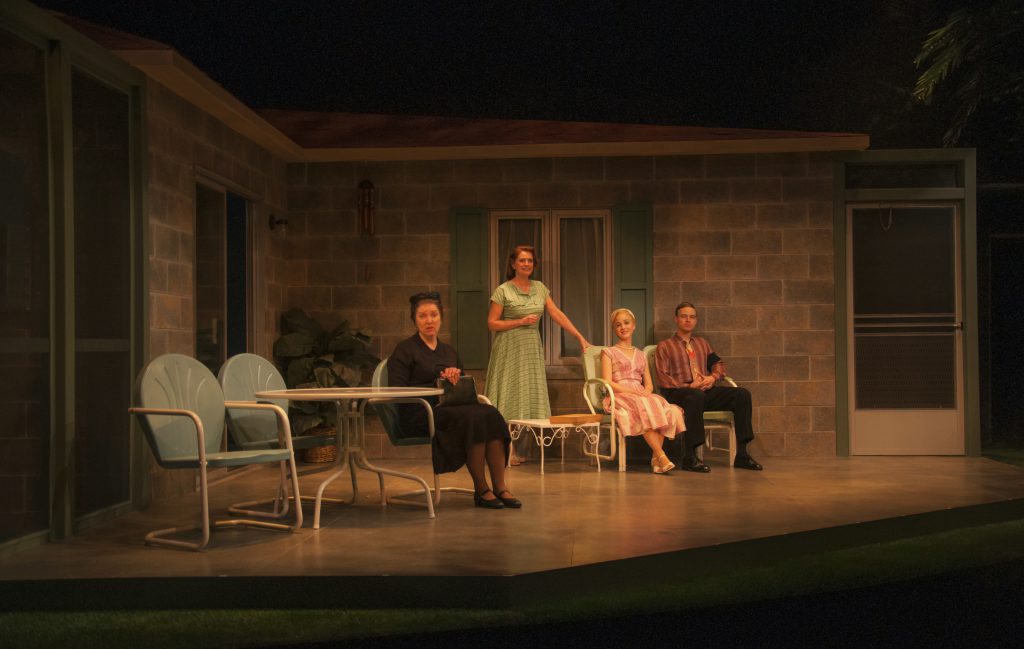