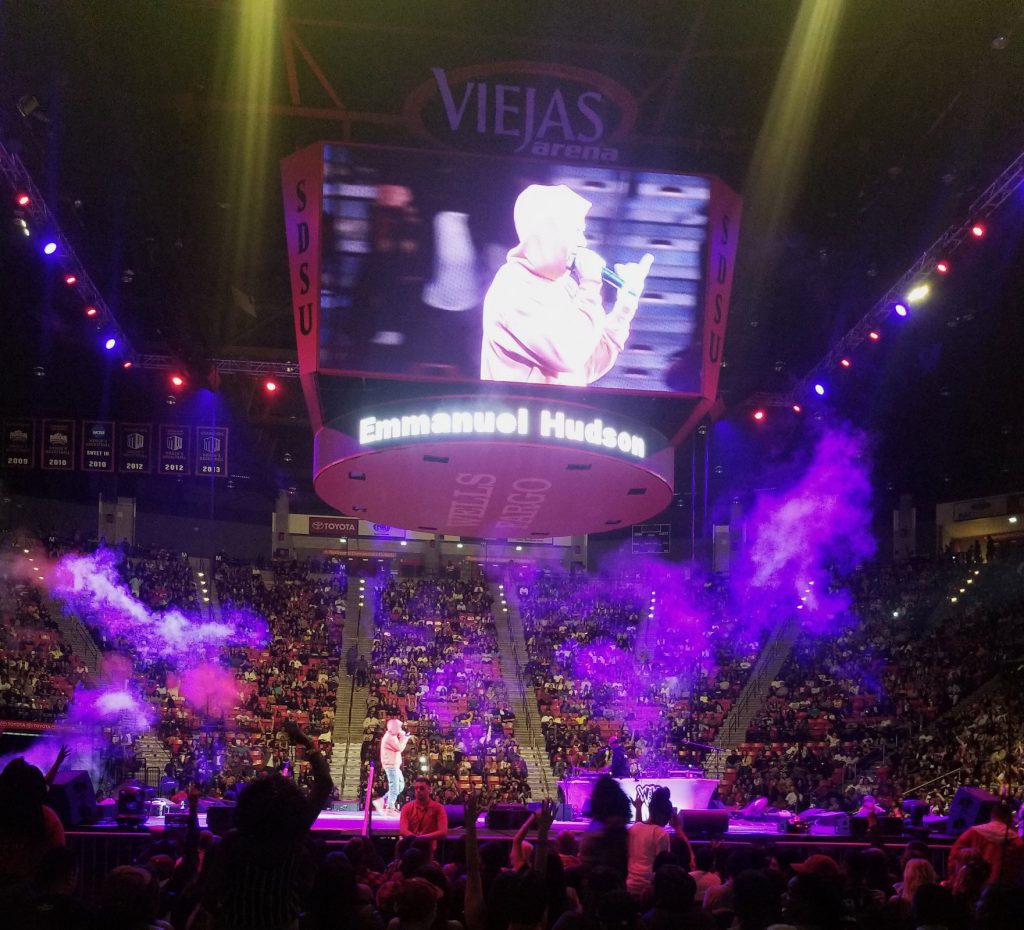 SAN DIEGO – Everyone enjoys a reunion this time of year, even superstars like Nick Cannon. Back in November, the actor/comedian returned to his hometown of San Diego, which presented him with a plaque and declared an official “Nick Cannon Day” in America’s eighth largest city.

The highlight of the visit was Cannon’s sold-out Wild ‘N Out show at San Diego State’s 12,000-capacity Viejas Arena. Featuring appearances by Eman Hudson and a bevy of other guest stars, along with games like “Wildstyle,” and “Let Me Holla,” from Cannon’s hit MTV program, the show served up a full Wild ‘N Out experience, one that was made all the more intimate for his hometown fans by its open circular stage.

Although the stage setup strengthened the connection between Cannon and his audience, its open design created special challenges for lighting designer/technical director Marc Wasserman of 3 with1 Grab Productions. Wasserman, who has worked on the star’s Wild ‘N Out tours many times in the past, addressed these issues in stunning fashion with help from CHAUVET Professional Maverick and Rogue fixtures, supplied by Pro Systems Event Solutions.

“The Viejas Arena was designed for basketball games,” said Wasserman. “Having our show on a 360° stage here meant we had to do some inventive things to create a sense of depth without breaking up the fans’ sightlines. Our stage was positioned directly under the arena’s circular scoreboard. We used this positioning to our advantage as far as hanging the lights was concerned.”

Wasserman flew 60’ x 70’ box truss centered and trimmed just above the scoreboard. Spreading 12 Maverick MK2 Spot and 32 Rogue R2 Wash fixtures evenly on that structure, he directed their light onto the 52’ x 40’ stage below, using it to add texture to the performing area and create a variety of effects during the course of the three-hour show.

“We flew the Maverick MK2 Spots three per side,” he said. “They are what I call my ‘desert island arena light.’ They really make a bold statement without any help from a video wall or backdrop, whether it’s by shaking gobos or creating aerials and prisms. I can rent them in any city and get consistent, amazing results. In San Diego I used them for moving spot cues, as well as for big sweeps during the games segments of Wild ‘N Out.”

The Rogue R2 Wash fixtures on Wasserman’s rig were spread out evenly on the flown truss structure and were used for front and backlighting. This not only provided a visually appealing reference point for fans at the arena, it also added essential depth of field for the seven cameras used in the show.

Not having a backdrop for his design, Wasserman relied on aerial effects from eight Rogue RH1 Hybrid fixtures that were arranged on the deck to create a sense of location for the stage. He also underscored the stage’s physical presence with the four Vesuvio II foggers in his rig.

“There are things that you have to consider when you have a 360° stage that you don’t have to worry about with a more conventional stage,” said Wassermann. “Everyone has to ‘see through’ your stage, but at the same time you have to create a sense of presence for that stage. Fog can help you do this; so can aerial effects, as can creating tiles with gobo patterns on the stage deck.”

Wasserman credits Max Freedman from Sparktacular and TLC Creative with playing a vital role in making the design for Nick Cannon’s San Diego show a success. “This show was a fun challenge, and Max excelled at meeting it,” he said. “We created a look that helped connect Nick to his fans, while at the same time defining the stage to support the show.” 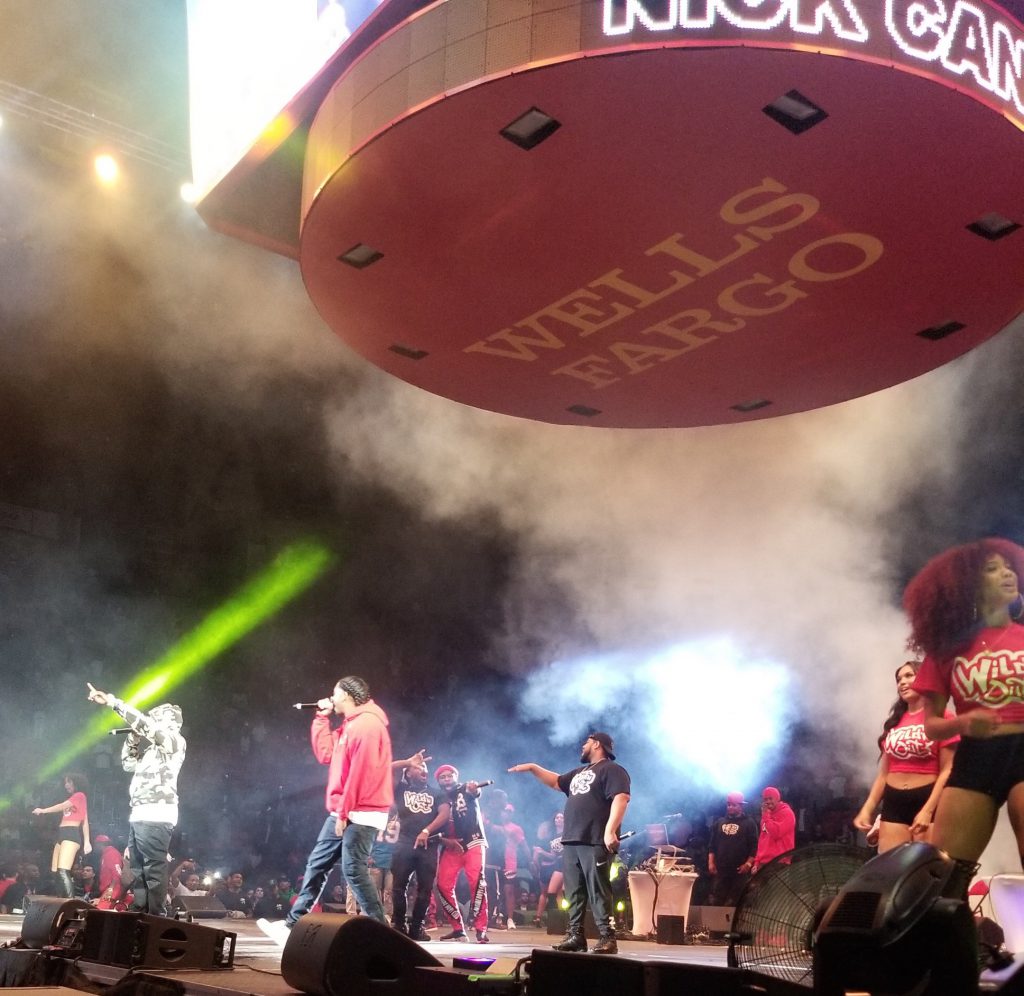