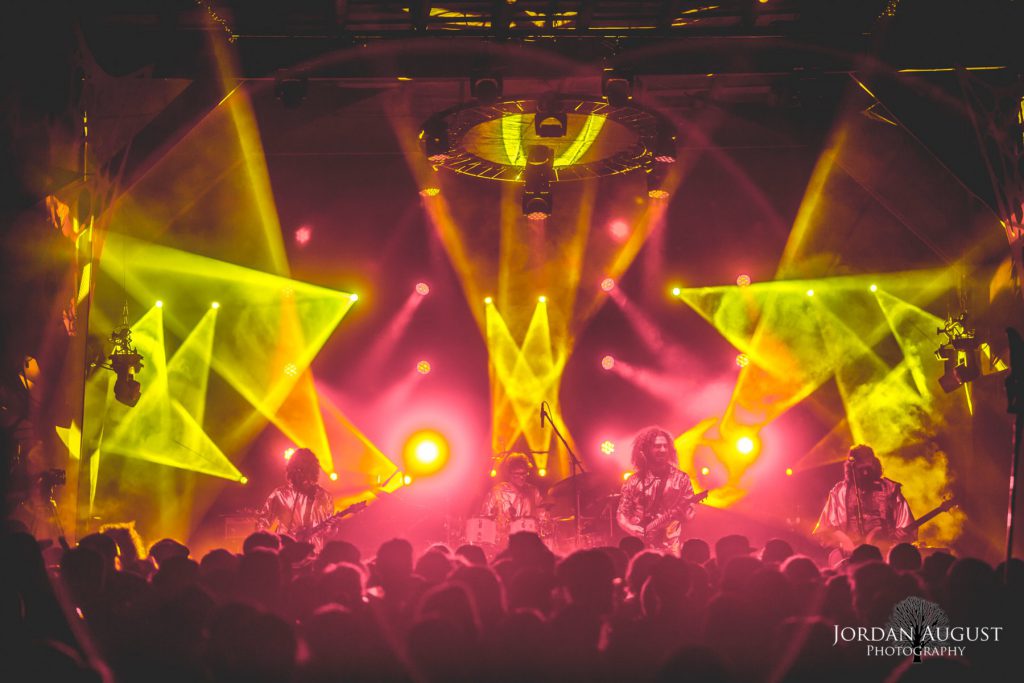 BEDFORD, PA – For most students, a college project involves helping a professor research something like migratory bird patterns, or working on a video to stream on the school website. But Jeremy Schon did something a bit more ambitious: he started a music festival that is still going strong today, nine years after he left the University of Maryland.

Hosted by Pigeons Playing Ping Pong (Schon is the band’s lead guitarist), Domefest has grown a from a one-day affair located 15 minutes from campus to a three-day festival in rural Pennsylvania that features over 25 jam bands, mostly of the psychedelic persuasion. Adding an appropriately colorful and free-spirited glow to their performances was a Manny Newman-designed lightshow that featured 20 Rogue R1 Wash and 16 Rogue R1 Spot fixtures from CHAUVET Professional, as well as eight CHAUVET DJ Mega Strobe FX12 units.

Newman, who is the lighting designer for Pigeons Playing Ping Pong, flew 12 of his Rogue R1 Wash units on what he calls “the grid,” a configuration of eight quick-grid ladders clamped on upstage truss. The remaining eight washes were used for front and side wash. Eight of the Rogue R1 Spots were arranged on road cases, while the final eight spot fixtures were flown on upstage truss.

Utilizing the color wheel of his spot fixture and the RGBW color-mixing capabilities of his wash units, Newman crisscrossed the stage with multi-colored beams. Having a matrix of light at different eye levels and in a rainbow of colors created a kaleidoscope effect that fit the mood of his client’s music. “The colors and looks followed my interpretation of the mood that characterized different parts of the show,” said Newman. “Color is a very big part of a Pigeons lightshow.”

To add ballyhoo looks to his colorscape, Newman position his Mega Strobe FX12 fixtures four apiece on each side of the quick grid. “Anytime I need to smash, pow, blam-blam-blam or whosh is when I use the strobes,” said Newman. “It’s like ‘Attention: Strobes will be used in tonight’s performance, and they will be EPIC!’”

Although setting up the festival went smoothly for the most part, Newman was troubled by some unwanted insect visitors. “My biggest challenge was with the carpenter bees,” he said. “Every time I get up on a ladder… and I hate ladders…. Yah, I know… an LD that hates heights… but anyways, as soon as I get on the ladder there they were. It was always that one bee that just wants to hang and gets way too close to my face… so that was my challenge with setup. I got the rig up but ladders and bees are not cool during setup or anytime in general.”

Pigeons Playing Ping Pong performed each day of the festival. Newman had no trouble varying looks, since the band’s set list changed nightly. “I had late night programming sessions, so I could add new looks as I got struck by ideas,” he said. “Plus, the fixtures helped me come up with fresh looks, thanks to their beam shaping, gobo capabilities, and sharp optics.”

While Newman ran the lightshow for his client, other bands either brought in their visiting LDs or had their shows run by Mike Koss of Inmuso, which supplied some of the fixtures used at the festival.

“I used to be the festival LD — and I’m not going back man. If I ran for the all the other bands, I would be totally burnt out by the time PPPP got on,” said Newman. “We hired Mike Koss, who works with Inmuso, which provided our additional fixtures, to run all the other bands. Every LD who came here said something like, ‘Yo, dope rig! Is that a trampoline up there?’” remarked Newman. “They had a fun time playing with the Pigeons rig and painting the canvas. A fun thing for me was hanging with the other LDs and teaching a lighting workshop, which was surprisingly well attended. Connecting with friends and enjoying live music…that sort of sums up the spirit of Domefest.” 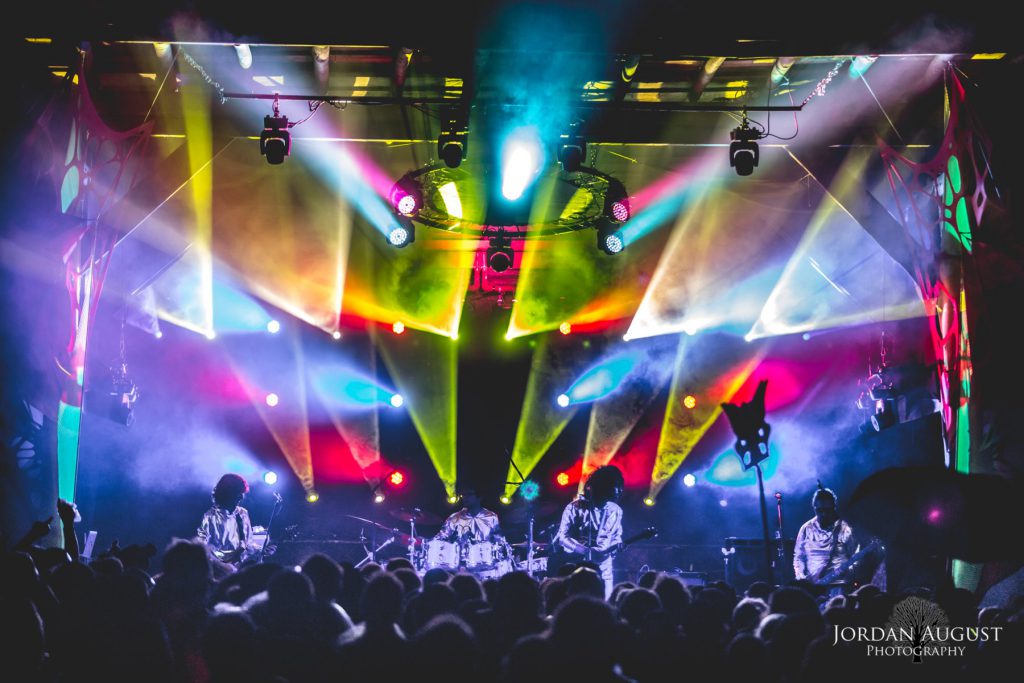