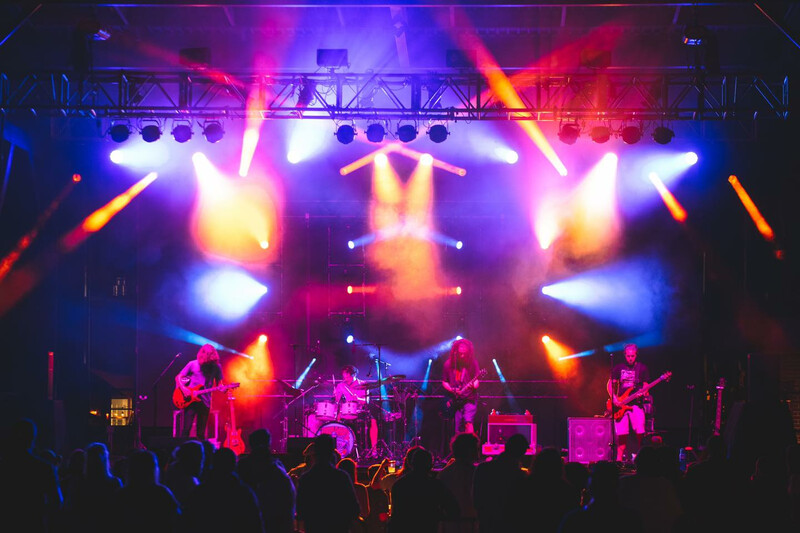 BIRMINGHAM, AL – The outdoor stage at the Avondale Brewing Company was smaller than the ones Pigeons Playing Ping Pong normally plays on, probably not much more than 30-feet in length. But adaptation is the order of the day as live music gradually returns throughout much of the USA.

Anyway, the size of the stage didn’t matter much; breaking rules and flying off in wonderfully unexpected creative directions can take place in any space, regardless of how small. The popular jam band provided convincing proof of that on Tuesday April 20 when they improvised their way through two upbeat sets filled with unbridled energy, antics and original musical turns.

Flowing with them on this freewheeling journey was their longtime lighting designer, Manny Newman. Described by the quartet as “the fifth member of the band,” Newman also proved that limited space is no obstacle to limitless ideas.  His expansive show filled the stage and the entire venue with visual delights that included swirling custom gobo patterns and color combinations that moved from dreamy pastels on white, to bold edgy mixes. 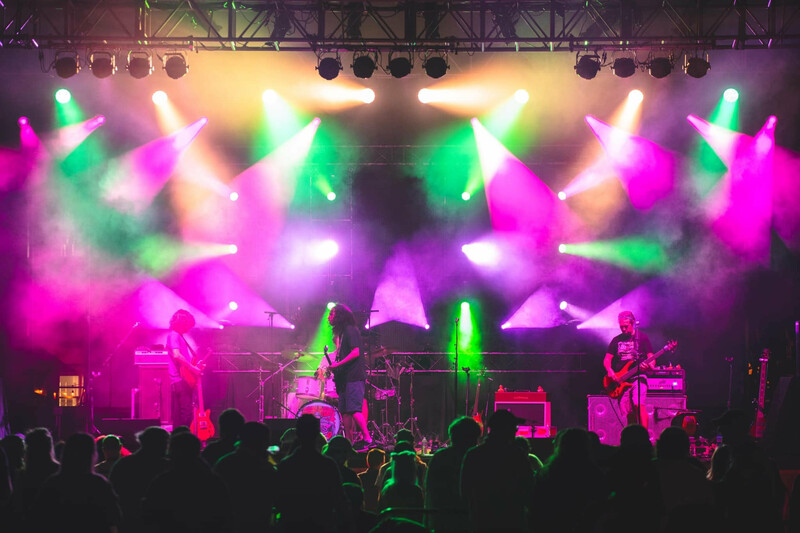 Helping him achieve these looks were the 18 CHAUVET Professional Rogue fixtures in the band’s own touring rig. He arranged six Rogue R1 Spot fixtures across a 16-foot truss as part of the ground package, and hung 12 Rogue R1 Wash units on four Global Truss Quick Grids. Working this road package with the house rig, he unleashed a stream of looks across the stage’s backdrop that invited imagination.

“Usually during the second set I like to do psych looks on the back wall for certain jams,” he said.  “At Avondale, I did this with light and gobos rather that video, because I don’t like to shoot media in people’s faces. I want people to create their own mental image of what a song means to them. For example: when we play the song ‘Poseidon,’ any normal video guy would probably do something with waves or an actual image of Poseidon, but in my case, I don’t want to, because Poseidon might mean something completely different to the listener. It may represent something deep in that person’s life.” 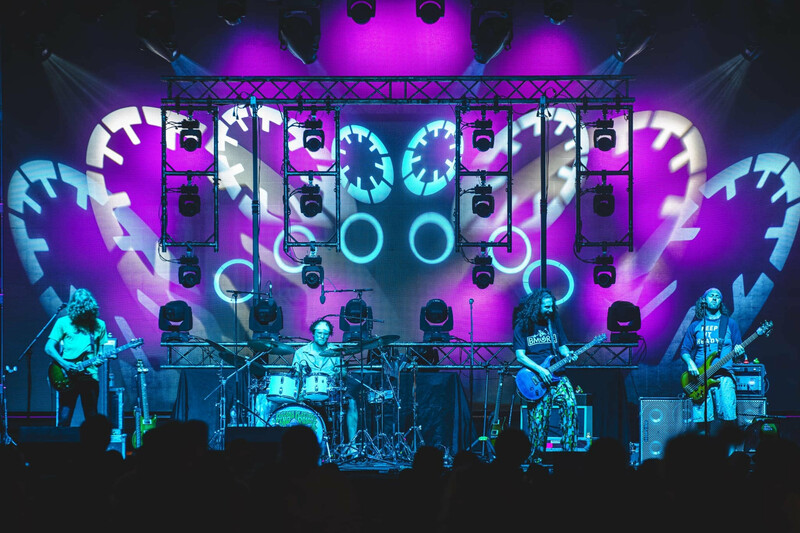 Newman also made liberal use of white during the show, sometimes using it to envelop the band in a brilliant fan of light. “During peaks of jams I tend to go all white,” he said. “I like to look at the progression of brightness like the fret board of a guitar. As the musician is going up in the fretboard, the notes get higher as well as brighter. For me, I like to complement that from darker to brighter with dimmer and color. So, white is the natural choice for the peak of the jam.”

“Playing” his lights this way to go with the music, improvising all the while to run with the band, Newman felt good to get back to doing what he loves. Now, he says, he’s looking forward to lighting Pigeons Playing Ping Pong at “Domefest – Party In The Pods” in Ohio on May 21-22. When he does, he and the band will be breaking rules, defying space and blazing their own creative path again. 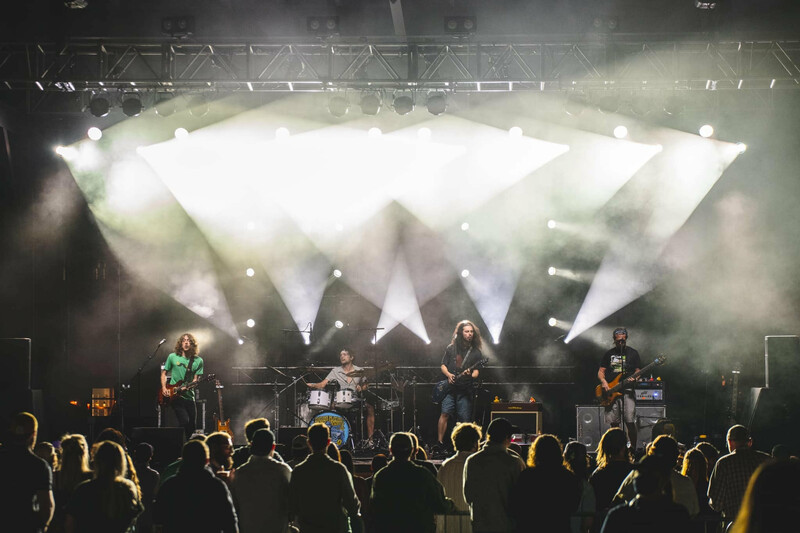