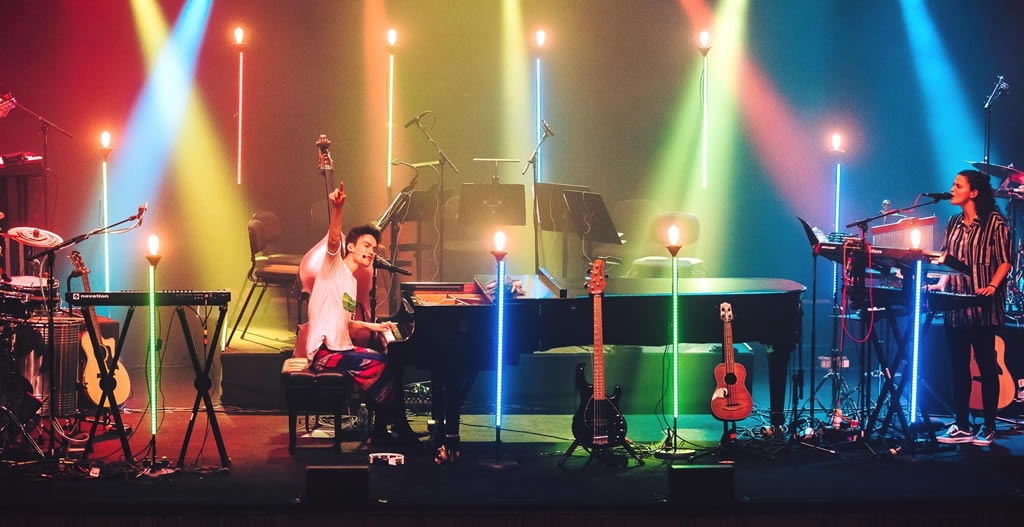 SYDNEY – “Genius is making complex ideas simple,” wrote Albert Einstein. The late, great physicist and passionate amateur violinist undoubtedly would have been swept away had he been around today and found himself at the Sydney Opera House on September 7 for Jacob Collier’s stunning two-hour exploration of music’s outermost boundaries.

Stopping at the acclaimed venue on his Djesse World Tour, the young multi-instrumentalist from North London wove an intricately layered tapestry of sounds into his performance, captivating his audience with lightning fast piano lines one moment, and haunting bass playing the next, before veering off into a mesmerizing Harmoniser solo, all while making everything flow together with a simple, natural elegance.

Reflecting the essence of Collier’s music in all of its complex, yet accessible, possibilities, was a deftly balanced Luke Edwards lighting design that featured CHAUVET Professional ÉPIX Strip Tour fixtures. 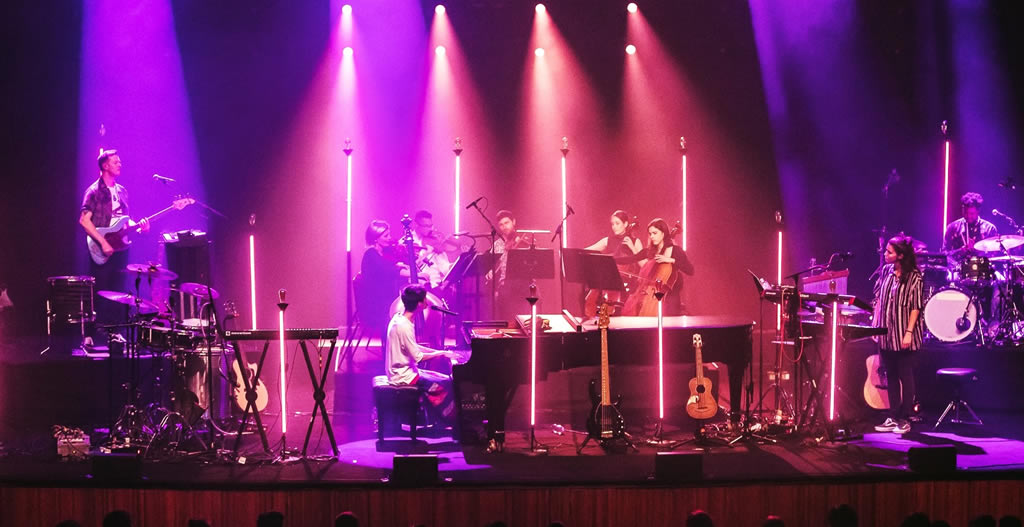 Edwards used 32 of the 1-meter long RGB strips in his 12 universe show. Each of the ÉPIX Strip Tour units was topped with an old school Edison bulb, an arrangement that symbolized the way his client’s multifarious music bridges the gap between the digital and analog worlds.

The ÉPIX units were positioned in free flowing fashion throughout the rig. Working from his 16 pages of cues, Edwards pixel mapped the strips using a pixel mapper and effect generator to create a galaxy of fluid patterns that changed and moved in harmony with Collier’s music.

“We go from sweeping lines to random twinkles on the ÉPIX fixtures, which all looks incredible in real life and on camera,” said Edwards. “Our show pretty much encompasses every color, even pastels, and the strips handle this rainbow beautifully. Jacob’s music is extraordinary. It crosses and blurs genre lines. He uses analog instruments with digital technology. So, we have tried to replicate that in the rig, having the bulbs on top of the LED strips in a multiverse show.

“Jacob’s show is theatrical as well as musical,” continued Edwards. “It has so much detail in it and gives us so much wealth of sounds to play with. Having quite a few LEDs for pixel mapping allowed us to create a lot of different looks from a relatively small amount of fixtures.” 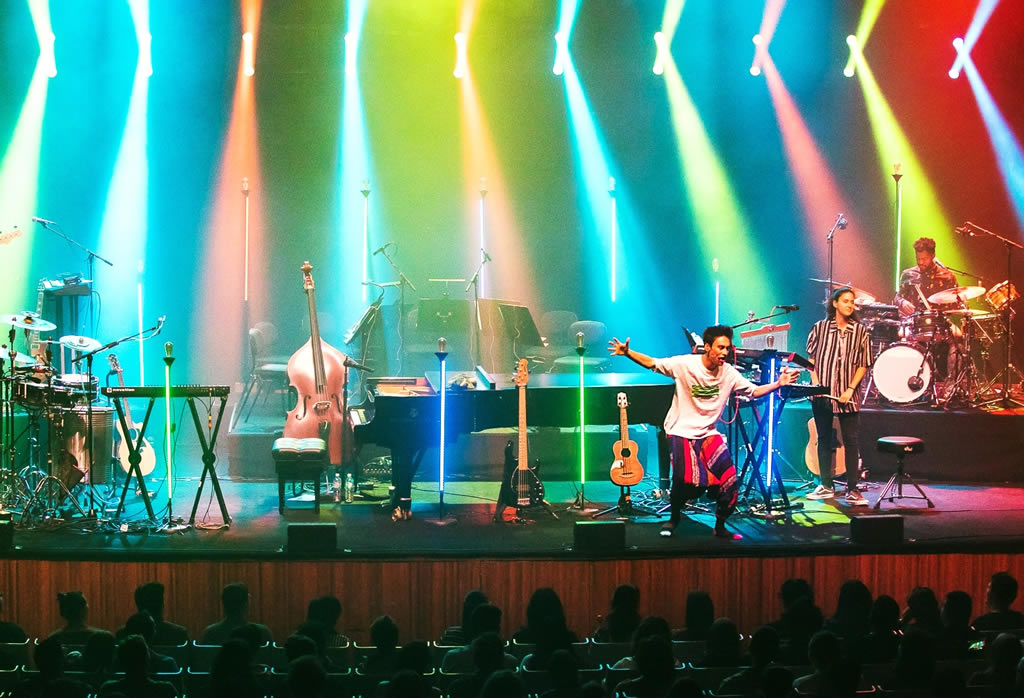 Edwards has been able to take his ÉPIX Strip Tour units with him on the Djesse Tour, which began January 29 in Lisbon, as it travels through five continents. “We have used the ÉPIX fixtures since the beginning of the album cycle,” he said. “They are at the heart of the look of the show. We fly them all around the world with two custom Pelis, using 16 strips for small venues and 32 for bigger shows. The beauty of our set up is we can place the stands and strips further apart, and it will make rig look bigger. Then at a smaller venue, we can squeeze them together, and it looks like we have a huge number of fixtures on stage.”

Having the ÉPIX Strip Tour fixtures so easily transportable offers a significant advantage to him as a designer, believes Edwards. “We can take the strips with us as if they were luggage,” he said. “This means that wherever we go we can quickly set up the heart of our show and own the stage with our look, regardless of the venue.”

Although his rig set up provides a reassuring level of consistency from one venue to the next, Edwards’ lightshow is always evolving. He notes that he is constantly updating his show, “just as Jacob is doing with his music.” In the process, both are pushing the boundaries of creativity ever further.