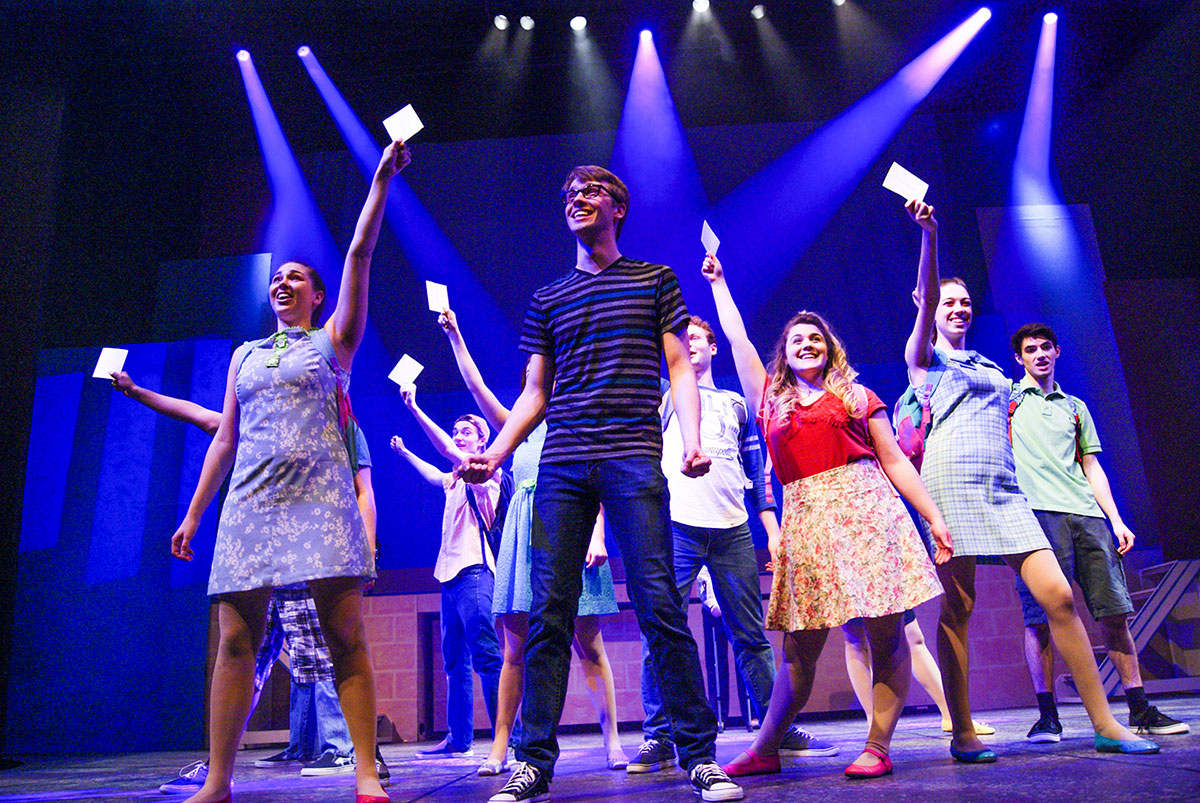 ROMEOVILLE, IL – An inscription at the entrance of Lewis University’s Philip Lynch Theatre offers a glimpse into the building’s past. It reads “Lewis Holy Name School of Aeronautics,” a testament to a time when the 250-seat thrust stage and studio theatre with a 90-seat black box space served as an aircraft hangar, part of this suburban Chicago school’s long-standing commitment to educating aviators. (During WWII it suspended normal classes to aid in the training of Navy Pilots.)

The inscription is not the only manifestation of Lewis University’s rich aviation history that can be seen in its thriving Theatre Department. Like its counterpart that is responsible for educating future pilots and aeronautical engineers, the Theatre Department is committed to exposing students to the latest technology in their field. Toward this end, the department added CHAUVET Professional Ovation and Maverick LED fixtures from JRLX, Inc. to its Philip Lynch Theatre lighting system.

“Our department has an open-ended goal of updating technical production elements on a continuous basis,” said Andrew Nelsen, who serves as the theatre’s technical director and production designer, in addition to being an assistant professor. “The goal is to stay relevant with the changing technology of the industry, to expose our students to the latest gear, and to satisfy expectations of designers as well as our audiences. Jason Reberski of JRLX was instrumental in help us select new lighting fixtures that enhanced this flexibility.” 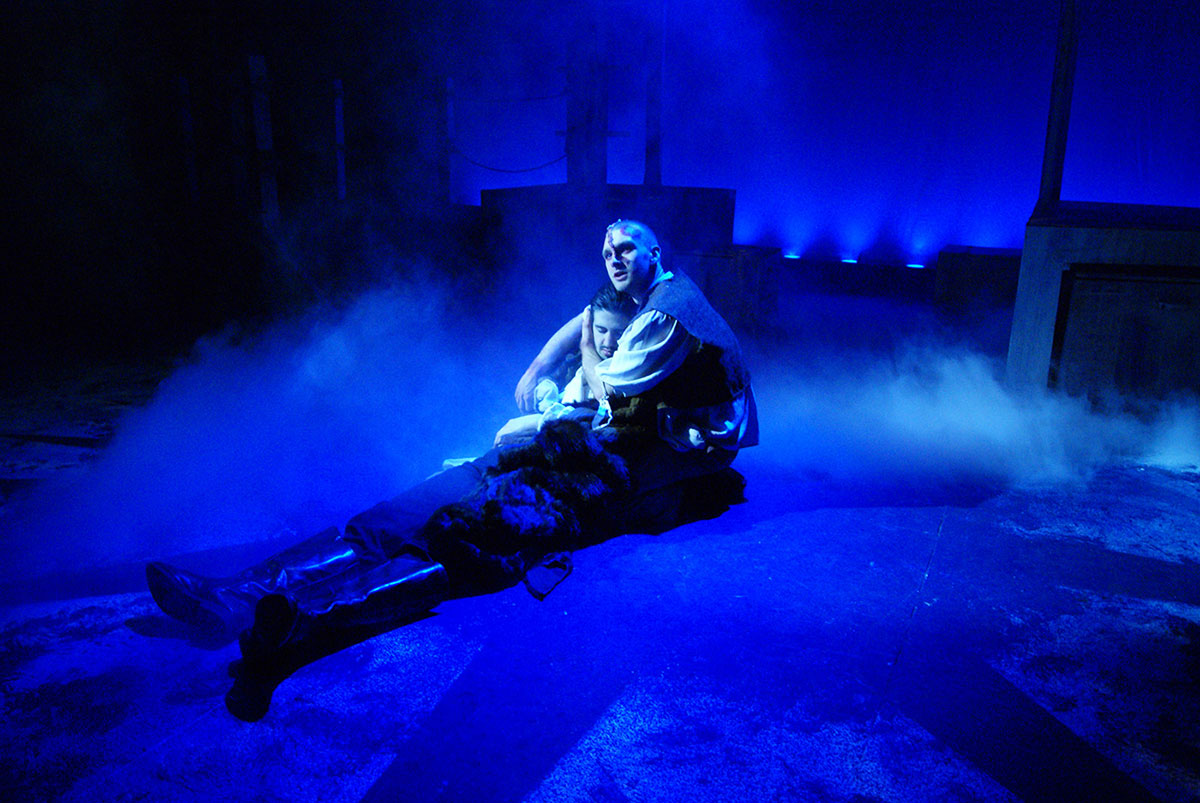 Nelsen described how the five Maverick MK1 Spot fixtures and four Ovation E-910FC color mixing ellipsoidal units Lewis University acquired will be used at the Philip Lynch Theatre. “They are not intended to be permanently installed, but to serve as flexible tools that can be shared between the two theatre spaces,” he said. “I also view these fixtures as teaching tools that can be struck from the lighting grid and brought to the classroom for students to get up close to. The relative agility of the MK1s and its light weight, plus its good hand grips and locking pan & tilt, make the handling of these fixtures in and out of the ceiling comfortable for students.”

The Maverick and Ovation fixtures are also demonstrating their versatility in shows at the Philip Lynch Theatre, which produces five mainstage plays or musicals a year as well as hosting a wide range of student and alumni driven performances. “I love to use the Mavericks in pairs as diagonal back light, with the fifth instrument hung down center on the theatre stage,” said Nelsen. “This gives me the ability to steer that unit in as a special. I have also used the MK1’s as punchy and versatile side light instruments. In these applications, they hang 21 feet above the stage deck and a maximum of 20 feet horizontally from the edge of the stage.

“For 13 The Musical, I put all of our MK1’s in a row on an upstage line set,” continued Nelsen. “This gave me the ability to play with the composition of light beams in the air as well as having dynamic backlight effects. We also like to use this configuration for our annual Christmas variety show. Recently, we hung MK1s in our Blackbox Theatre for a production of Constellations. Student Lighting Designer, Eric Redmon used the stock patterns of the MK1 to establish the multiple “universes” that the characters traverses during the play.” 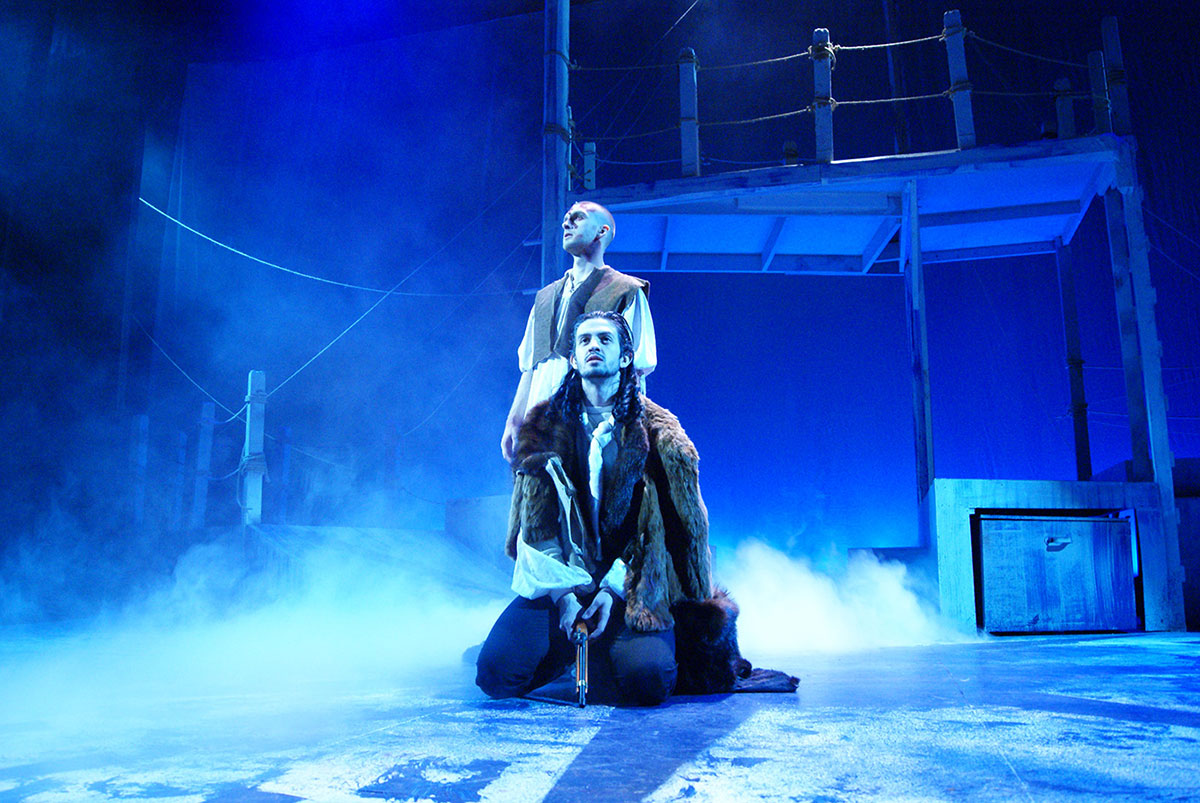 Nelsen has reduced the number of lights needed for color mixing, since the Ovation E-910FC ellipsoidal has been acquired. “In the past, I hung multiple instruments in these positions, which are close to the audience and required additional cabling,” he said. “Using the Ovation fixtures in these places is saving us on labor. Due to the integration of these fixtures, we have drastically reduced our consumption of color filters and given our designers greater color flexibility.”

This flexibility is especially appreciated at the Philip Lynch Theatre, given that access to power and hanging positions is limited at the former aircraft hangar. “I have a handful of favorite hanging positions to steer light in from the sides of the stage and under the balcony floor,” said Nelsen. “In these positions, lighting instruments have historically been competing for space with other instruments, such as rigging and pipes. We have been using the Ovation fixtures in these tricky positions, as they solve the problem of space by eliminating the need for multiple fixtures to color.”

Technology it seems has a tradition of meeting challenges at the brick and timber building that is now the Philip Lynch Theatre, whether it involves airplanes flying, or the curtain going up on a successful theatrical production.