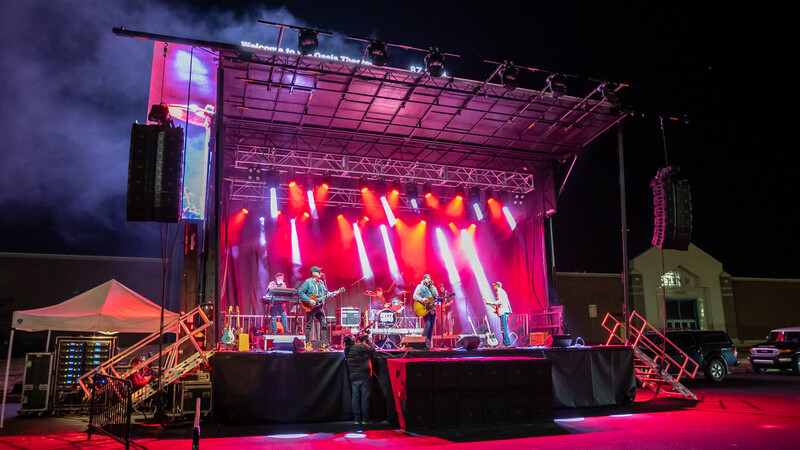 MARION, IL – Under normal circumstances, Kyle Upchurch doesn’t have to think much about the area directly in front of the concert stage, as it’s filled with fans. His goal as a designer is to create the kind of immersive looks that pull fans into the performance on stage. But during a pandemic, every rule has to be rewritten.

To avoid this, Upchurch extended his design by covering the area in front of the stage with bold gobo patterns and colorful crossing beams that flowed seamlessly throughout the area. “My goal was to make the stage and the entire space in front of it look like they were part of one integral image,” he said. “This made the show much more immersive for the people in their cars. It creates a more natural concert experience that people are accustomed to.”

Helping Upchurch accomplish this were 34 CHAUVET Professional Maverick and Rogue fixtures furnished by Midwest Music Supply. “Having intense, high-output fixtures was essential to creating the look we wanted,” said Upchurch. “If the light in front of the stage wasn’t punchy, our plan wouldn’t have come off.” 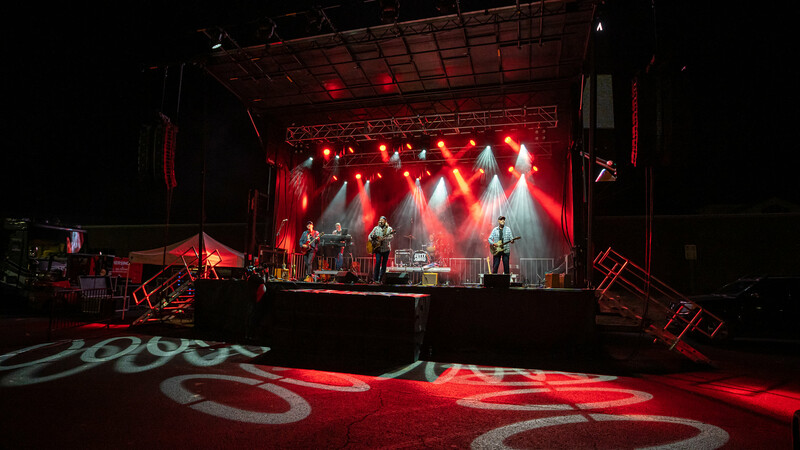 Upchurch used six Maverick MK1 Storm Washes for front fill and 12 Maverick MK1 Spot fixtures for all the “fun stuff” crossing patterns. “The Storms we used at front fill because they have a great wash and can make it if we have bad weather. We were fortunate to not have to worry about the weather, though. The spots gave us the output do all the fun and crazy lighting stuff that really helps bring the energy and punch to the crowd,” he said. “Underpinning it all was color from our 16 Rogue R2X washes.”

Color combinations played a key role in creating looks that supported each song during the show. To accommodate the limited parameters of a drive-in environment, Upchurch tended to rely on basic two-color blends, creating evocative looks with mesmerizing magenta and greens, as well as violet and greens. “Something about those color combos just makes me happy when it fits with the music,” he said.

Keeping a two-color combination for a majority of the show was a choice Upchurch made to keep each song’s design distinguishable and fresh each time. He also punctuated these color combos with design decisions that often took him outside his comfort zone.

“During the chorus of the songs, I will add a color chase and color shift each time to just add that extra to these amazing artists on stage rocking their hearts out,” he said. I’ve used gobos, beam placement and intensities. Sometimes varying can be as simple as taking a basic wash and cutting through it with a color you’d never think. Sometimes a risk in color choice pays off, sometimes you hate it and find a way to change it. Meeting the challenge of designing in this environment means having the courage to try different things. It’s the best way to give the fans the entertainment experience they deserve.” 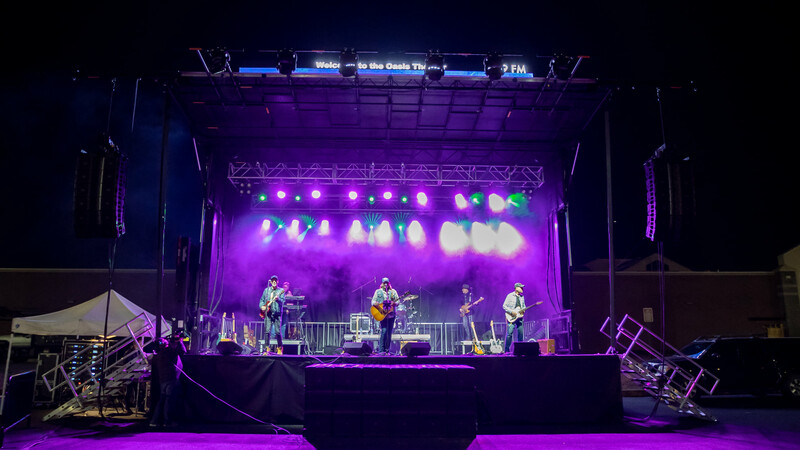