NASHVILLE – There were two superstars on the set when Jason Aldean and Carrie Underwood performed their hauntingly moving hit “If I Didn’t Love You” for the American Music Awards 2021 broadcast.  But as Keith Hoagland saw it, there were really “three artists” he wanted to light.

“The thing that leant a beautiful, extra dimension to this scene, also presented me with a nice challenge,” said Hoagland. “I not only had to light Jason and Carrie, but I also had to treat the Nashville skyline, which was featured prominently in the background, as the third artist and incorporate it into everything I did. I went to town mentally visualizing how to keep these three items lit properly at all times.”

With its glittering collection of sleek buildings, that skyline, along with the outline of a nearby bridge over the Cumberland, added a sense of magic to the videoed performance, which was streamed to the AMA ceremony at the Microsoft Theatre in Los Angeles, some 2,000 miles away, and aired on the ABC network. 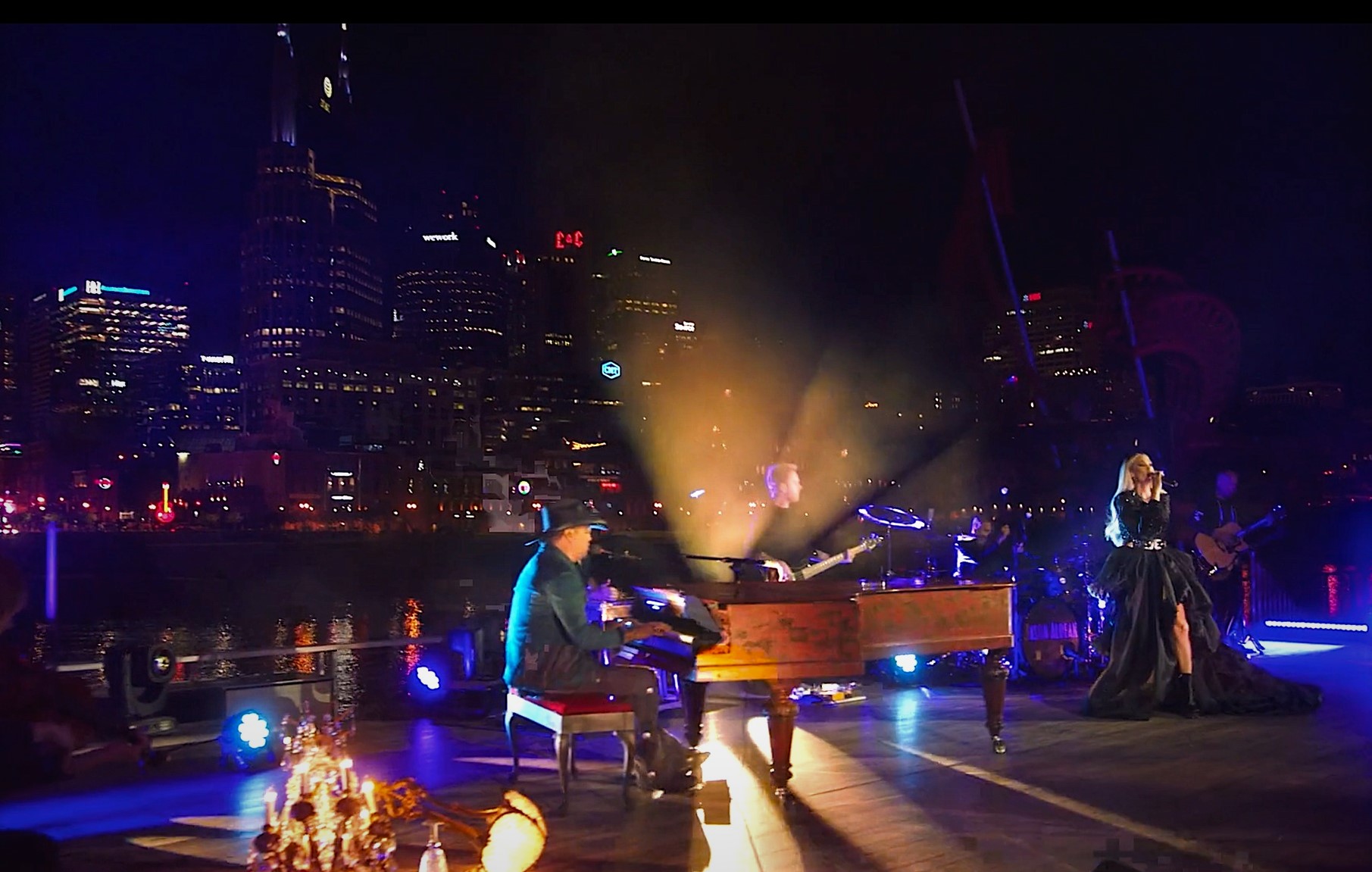 Given the parameters of the performance space at Nashville’s Bridge Building and his relatively small rig, Hoagland had to deploy each fixture wisely. “I need to have key light, and sidelight optimally positioned, then fill to create background texture for the camera,” he said.  “My challenge was to make sure the balance of the shoot was enough to maintain quality looks of the talent and background as the video was sent upstream.  This is always a worry of mine when I work with folks live streaming events.  The production team on this event was awesome and great to work with, as they kept quality high.”

“The Mavericks were the only key lights I used,” he said. “I had other floor units for fill, but the key lighting was strictly Maverick.  These lights are great fixtures for providing even balance.  I have used them in the past for key light on video shoots.  They were awesome.  I had plenty of output and color correction with these units.  They give us a nice warm facial texture and even coverage from top to bottom of the lens.” 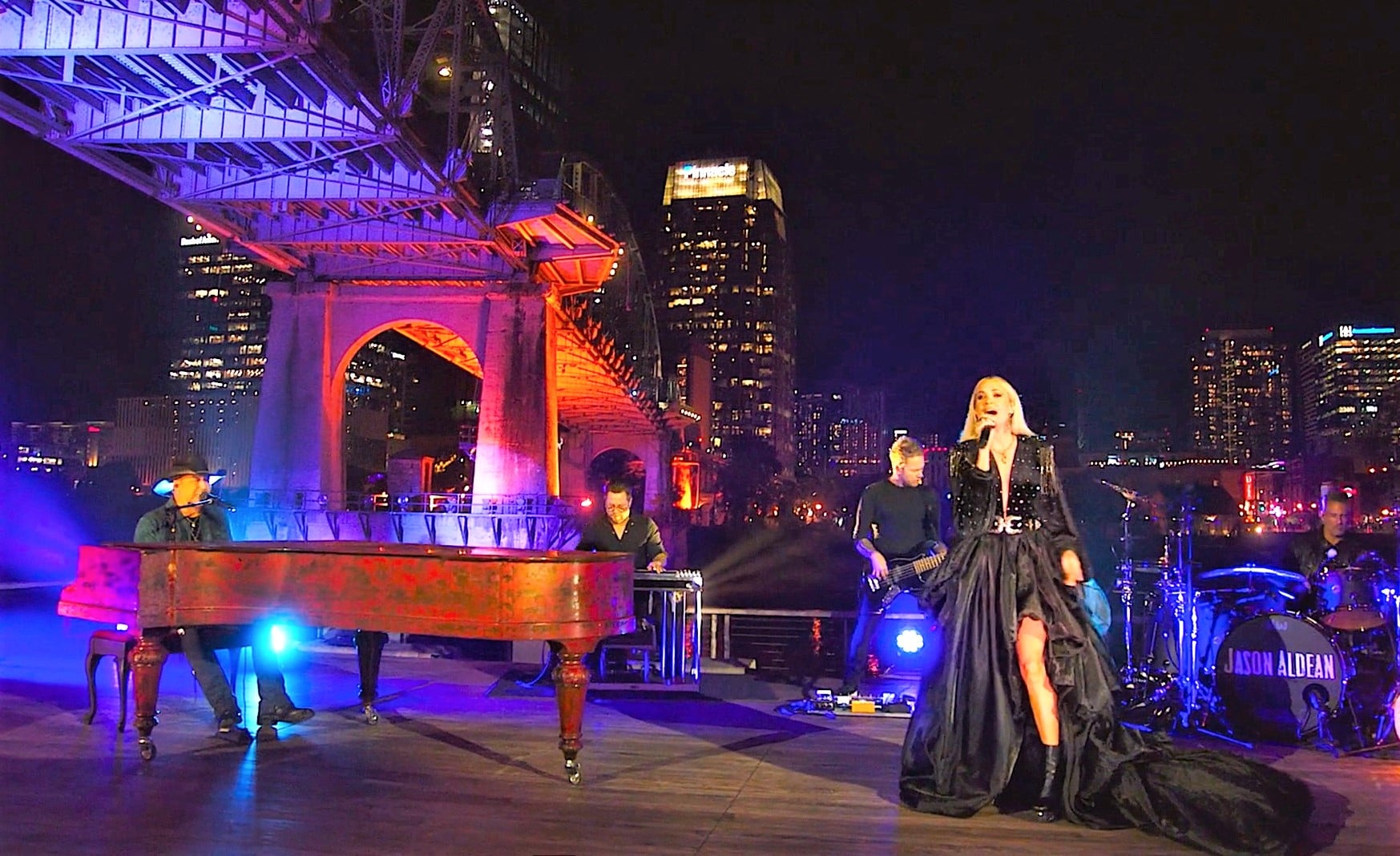 Hoagland deployed four Maverick MK3 Spot fixtures for the video shoot. A pair were placed on a balcony on top of their road cases, while the other two units were positioned on top of 10’ truss standing on a base plate.

From these positions, the 820-watt LED fixtures illuminated the stars in a variety of elegant glows as they performed their heartfelt Grammy-nominated hit against the sparkling background of the skyline. Aldean sat at a grand piano; both he and Underwood were clad in black, she in a stylish evening dress.

As Underwood appeared to glide across the stage floor, approaching Aldean at the piano, the scene captivated audiences. While critics universally (and rightly) hailed the two stars, Hoagland also quietly gave a nod to his team: Trevor Drawby, Patrick Cowden, Scott Wesson, Steve Strickland, and John Lucksinger from Bandit Lites – and of course, the third artist on the video, that unforgettable Nashville skyline. 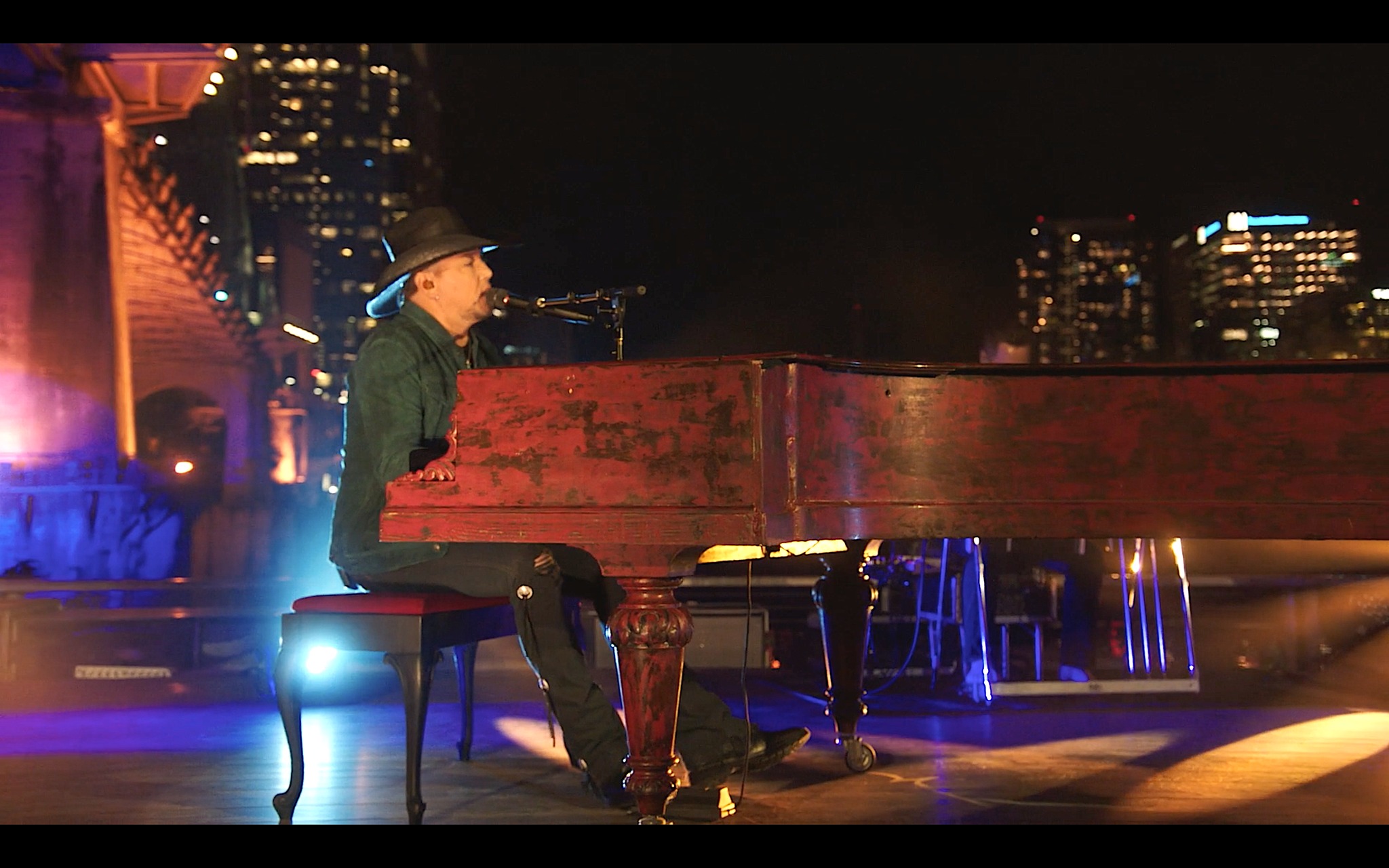