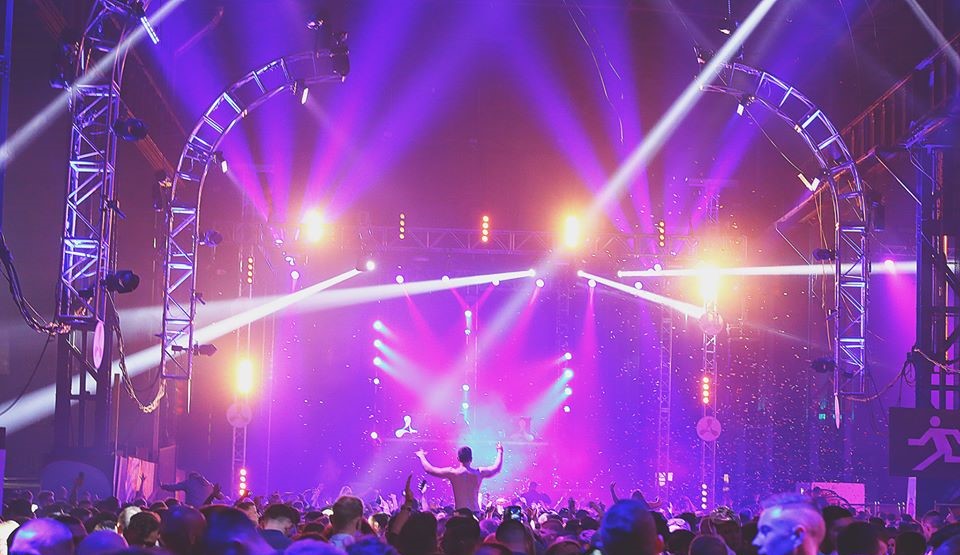 BELFAST, UK – Fat Boy Slim, Seb Fontaine, Nick Warren are just some of the legendary resident DJs that have shaped Cream’s unique dance music identity since its inception in 1992. Beginning life in the form of a super club, the brand has gone on to become a worldwide success with numerous one-off parties and the annual Creamfields festival, bringing high-energy dance music to millions of fans in the process. 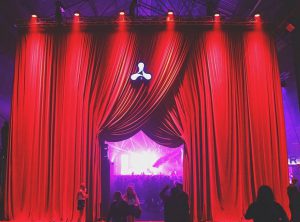 For the latest incarnation of the Cream series, which featured DJs John O’Callaghan, Bryan Kearney and Will Atkinson, Justlite’s John McGuinness turned the cavernous T13 urban sports complex into a warmer club-like setting with help from a collection of fixtures from CHAUVET Professional. At the heart of his design was a 55-square-meter video wall created with PVP S7 panels. Adding color and impact to the overall look were 24 Legend 230SR Beam moving fixtures, as well as 30 SlimPANEL Tri 24 IP LED washes and 16 SlimPAR Pro Tri par-style units from sister company CHAUVET DJ.

Paying homage to the legendary Cream reputation, McGuinness displayed an array of intense graphics and video content on the large LED wall that backed the DJ booth. The PVP S7 panels that made up this wall were broken up by three narrow vertical columns of moving lights.

“We required a selection of LED panels which could deliver the visual clout to stand up to the brightness of the interspersed moving heads,” commented McGuinness. “The PVP panels were more than capable of the job. They’re incredibly bright: so bright, in fact, that we didn’t even have to run them at full brightness all of the time.” 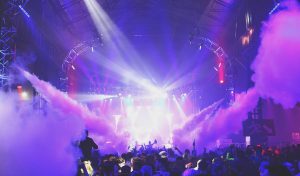 With 7mm pixel pitch, the PVP panels also provided fantastic resolution for clear display of the video content. “The panels provided high definition resolution even from shorter distances, allowing us to feel confident about playing our highly defined graphics for presentation at close range, essential for the hard-core fans dancing close to the DJ booth!”

The huge space of the T13 venue, which was a former shipbuilding warehouse, gave LD McGuinness a huge canvas to paint upon. He made the space feel more intimate by bringing the design closer towards the audience away from the rafters. In total, eight audience truss arches were suspended above the audience to give more of a club feel, from which a selection of Legend 230SR Beams were hung together with smoke machines and strobes.

“The Legends placed on the arches helped to create a visual treat for the audience,” commented McGuinness. “Not only are the Legends incredibly bright, they provided endless possibilities of gobos and prism combinations for aerial effects. We were thus able to create the feel and atmosphere of a more intimate club setting.” 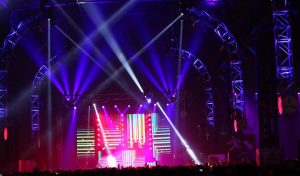 Also adorning the arches were the SlimPANEL Tri 24 IP fixtures to provide vibrant, saturated colours over the crowd. “The SlimPANEL Tris provided fantastic wash effects with saturated hues,” continued McGuinness, who notes that the wash from these fixtures “fit perfectly” into the lattice of beam action from the Legends, allowing him to create multi-dimensional looks.

“I was very conscious of the fact that the huge industrial-sized space of T13 could be potentially difficult to work with, given the risk that the intimacy could be potentially lost in the building,” concluded McGuinness. “Thanks to the CHAUVET fixtures, however, I was able to create a more intense club-like setting, which delivered that classic Cream punch we all know and love. Judging by the enthusiasm of the crowd, I think we nailed it!” 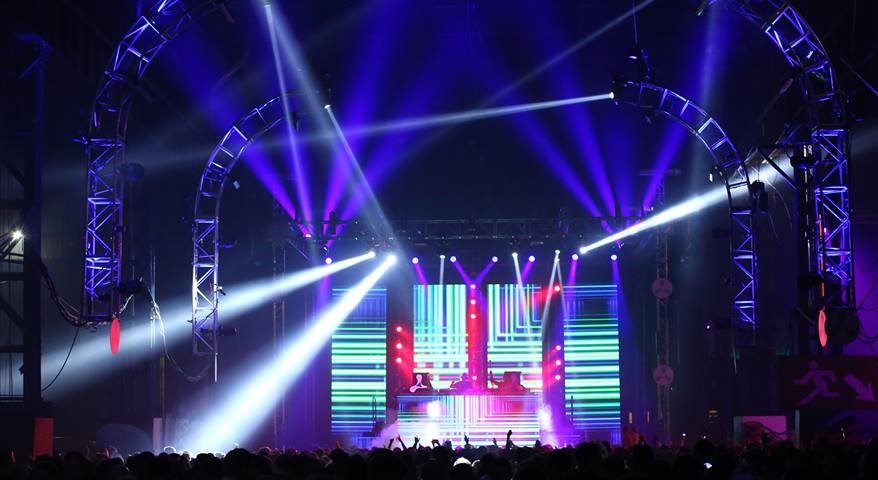