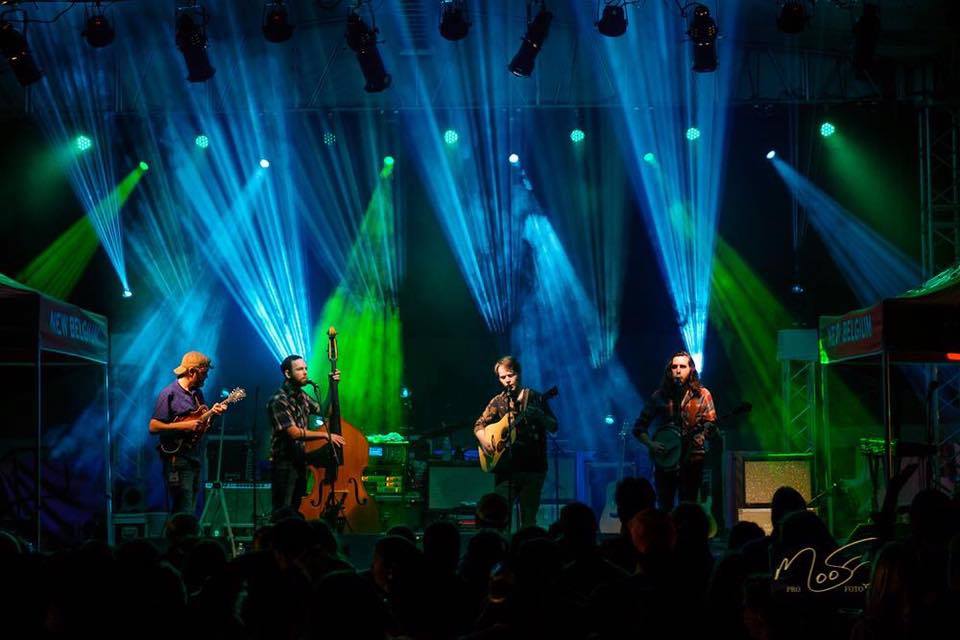 AIKEN, SC – It’s 2,762 miles from Portland, Oregon to the gently rolling hills of western South Carolina’s Piedmont region. This distance was no obstacle for a few hardy fans of the popular band Fruition. They made the long journey from the Pacific Northwest to watch their local favorites perform at the Aiken Bluegrass Festival this May. Such is the passion that one of America’s oldest forms of music inspires.

This fervor, along with some rapid-fire fiddle playing and banjo picking, was on full display at the two day festival, as was a lively and engaging light show that featured Rogue moving lights from CHAUVET Professional.

John Berret, who co-owns Quest Sound Productions with partner Rob Boggs, designed the Aikens Bluegrass rig and ran it with a ChamSys MagicQ PC Wing. Anchoring his rig were eight Rogue R1 Beams and eight Rogue R2 Spots. Also included were 14 COLORado 1-Tri Tour washes, four COLORado 3p IP blinders and six ellipsoidals. Using this collection of lights, he severed up a nonstop variety of intensely colored looks for a lineup of artists that included the chart-topping Infamous String Dusters, Billy Strings and The Herman Clan in addition to Fruition and a host of other stars.

“The festival is a big deal for people in this area and bluegrass fans in general,” said Berret who worked the event with his assistant Ben Macdonald. “People come here for a good time and we want the lighting to support that feeling with a lot of brightness, movement, colors and aerial effects. We have a very realistic budget though, so I look for fixtures that can give us a lot of different looks and boldness. I need to do more without a gigantic rig.” 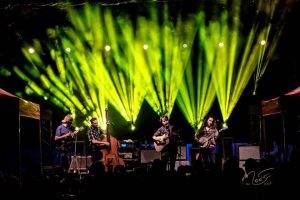 Among the things that allowed Berret to achieve these outsized looks are the five and eight facet independently controlled prisms in the Rogue R1 Beams. He relied on this feature to create split beam effects throughout the festival. “The R1 prisms really do it for me,” he said. “They’re the bee’s knees. They make it seem like a whole lot is going on and it’s all from one light. They punch through haze with no problem. I selected the COLORados for a similar reason: they give me versatility as stage washes, color effects and strobe effects. I can do a lot of mood changes with them.”

Berret flew his R2 Spots on upstage truss, spacing them evenly at a 20 foot trim height across the span of the stage roof. The R1 Beams were ground stacked at different heights on six foot truss and on side stage cases. Both moving fixtures were linked on single feeds of DMX that came from an opti-splitter.

The Rogue R2 Spots were relied on to reinforce the strong connection between the bluegrass artists and their loyal fans. “I really like flying these spots because I can go out into the audience with them without hurting eyes,” he said. “I just dim them down and use soft colors, so I get the connection without overwhelming the crowd or taking away from the artists’ performance.”

Berret also used his moving spots to create added texture on stage. “The rich colors and rotating gobos are a great combination,” he said. “At different times I hit band members with some intricate gobo patterns, which really made them look like they were connected to the lightshow. I got some really cool looks when I had the tribal gobo and the spot/splotches from the second gobo wheel going on at the same time. I did this while doing a focus chase effect. It made the stage seem like it was bending.”

Aerial lighting was a big part of the immersive mood Berret created.  He used the spots to paint the air just above the stage with color, then went above this display with powerful beams. “The light from the R1 Beams is shockingly bright and it seems to go on forever up in the night air,” he said. “I like to blend the colors of the spots coming down on the band with those of the beams shooting up through the spots. The prisms on the R1 Beams gave me a lot of light movement, and they covered a huge amount of air with color.”

Berret deployed his COLORado fixtures for mood-setting stage washing and audience lighting. He divided his 14 COLORado 1-Tri Tours evenly between downstage and upstage truss and linked them via a single DMX line off the splitter and a single power line ran to the units.

Of course, in the end the Aiken Bluegrass Festival was all about the music. All of the looks from Berret’s lightshow were done with the intent of supporting, not distracting, from the artists on stage. “The challenging and most rewarding part of what you do as a designer is achieving a balance between creating something powerful and not drawing attention away from the performers,” he said. “Christian Schaumann, the founder of this festival brings in some great artists. I tried to match their amazing music, and keep my looks as tight as I could without colors resembling a circus tent and light beams going in weird places.”

At one point during the festival though, things did wind up in “weird places” as a severe storm blew away the protective covering over the fixtures, forcing Berret to reduce the number of Rogue R2 Spots in his rig to six. Still, the lights and the bluegrass artists continued to perform without flinching. Like the Fruition fans who drove across the country to attend this popular festival, they were not to be deterred. 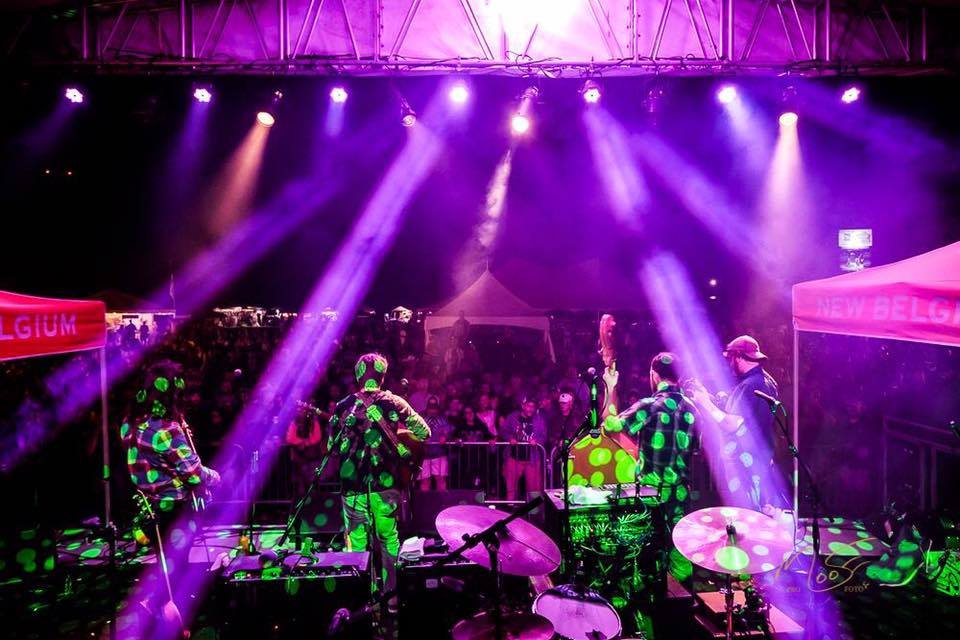