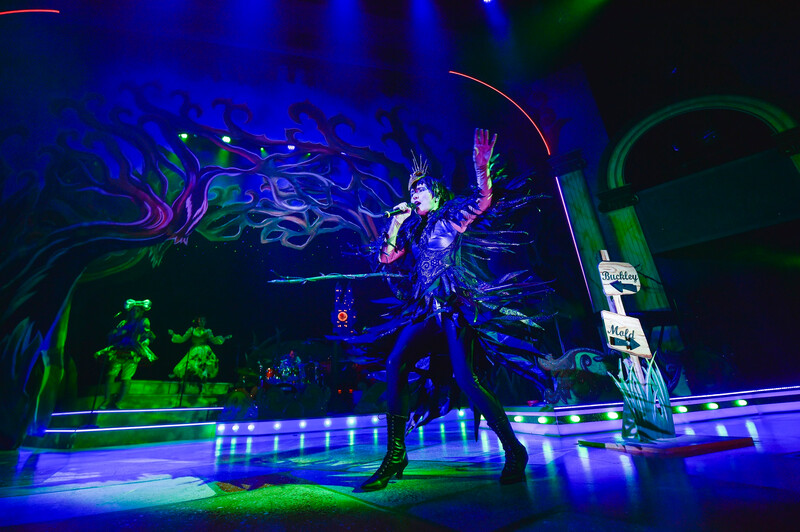 MOLD, FLINTSHIRE, WALES – The joys of lighting panto are many. High on that list is the opportunity it affords a designer to unfurl a rainbow of colors and transform the stage into a playland that delights actors and audiences alike.

Johanna Town, award-winning designer and Chair for ALPD, will readily attest to that. “Panto is all about being bold with color,” she observed. “It also has some big traditions of happy good fairy and wicked bad fairy; so it’s a lot of fun to reflect this in color by doing things like making dramatic transitions, such as going from golden rich pinks to menacing magentas and greens.”

Town, who has worked at leading theatres throughout the world, got to spread her color-rendering wings recently when she lit a panto production of the Disney classic Beauty and the Beast at Theatre Clwyd. Working with a collection of CHAUVET Professional fixtures, she impishly mixed bold primaries with soft pastels, white light, and shadows, to create a dreamy sea of color and form, all whilst advancing the narrative of the play.

“Color is essential, but in the end, lighting is all about being true to the story being told,” explained Town. “So, I gave myself a selection of pre-arranged colors, like an old-fashioned scroller list, prepared for each scene – and I stuck to this palette for the show. So, the lighting narrative starts in the sunny village of Mold on the Mound; and changes as our heroine next travels through dark forests, eventually arriving at the cold unloved castle of the Beast; and later transforms the castle into a happier sunnier place.

“Throughout this process, I was very much influenced by Adrian Gee’s amazing costume designs for the Dame, which was full of very strong bold colors,” continued Town. “I needed to helped make them larger than life, enhancing those colors. The other big influence was the brilliant set that Adrain Gee created. We used lighting to weave the props into the narrative. At times we made them pop to draw attention; then at other times we electrified them to make them appear more modern.” 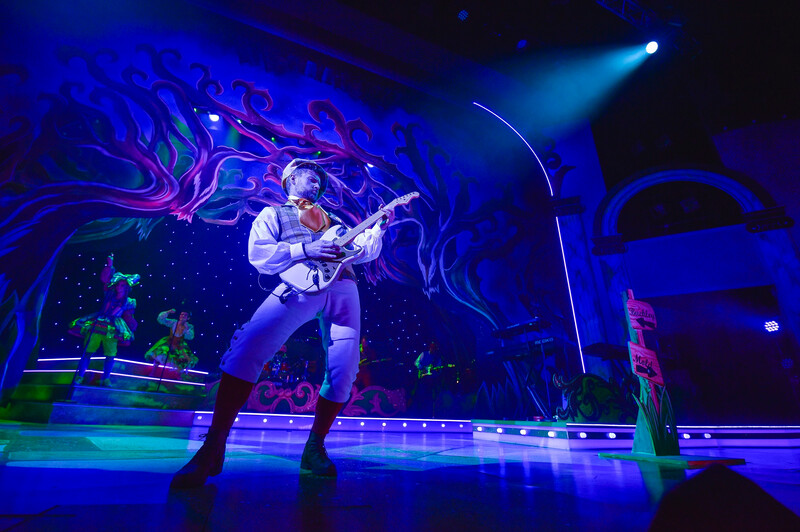 For Town, one of the highlights of the show was in the library reveal, when the set changes in front of the audience as if by magic, restoring happiness and light to the sad castle. “To me, this was an example of good traditional theatrical mechanics at work,” she said. “The lighting helped that transition come to its fullest completion; it was always beautiful to see it happen and hear the audience’s reaction.”

Helping Town achieve this magic were 24 COLORado Zoom Tour and 10 COLORado Batten 144 fixtures, as well as four Maverick MK2 Washes. Acquired by the theatre for this panto, the RGBW LED Maverick units were positioned on the advance bar and house booms.

“We placed an MK2 Wash on either end of the advance bar for front stage washes, color changes, and zoom spot pick-ups at the ends of numbers,” said Town. “The two other MK2 fixtures were rigged low on the front of house boom positions and were used to light the front cloths, the forestage areas, and the portals. These fixtures gave us the fabulously rich color and punch. All four units were great for swinging out into the auditorium to energize the audience interaction moments.” 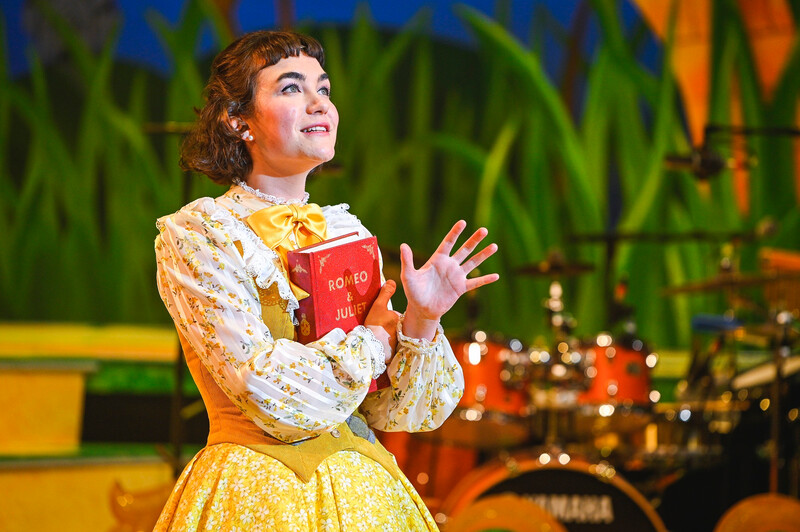 As is typical of panto, there were many moments of audience interaction during this production of Beauty and the Beast. There were also times when the actors on stage, switched gears and began playing musical instruments

“Theatre Clwyd prides itself on the ability of their performers to be great actors, singers, and musicians,” said Town. “They’re included as part of the story being told, whether they provide some of the gags with farts and whistles on their instruments, or by playing and interacting with the story. They can never be left out of the lighting design All the band rostra’s were always lit in this show and were totally coordinated with color and performance during the songs.”

Town credits the crew at Theatre Clwyd with helping her design keep pace with the free-flowing panto production. “It always comes down to having a good DSM and operator,” she said. “A special thanks has to go to Chris Skinner, Theatre Clwyd’s Chief Electrician, whose work on all the LED and set practicals was just astonishing. Unpredictability is a big part of any panto’s charm, and a responsive talented crew is essential to making those surprises work.”

On the subject of unexpected pleasures, Town received one of her own, when the cast led the audience in singing happy birthday to her on press night! Surprised? Yes. Delighted? Most definitely. But isn’t that exactly what one would expect from panto at its best? 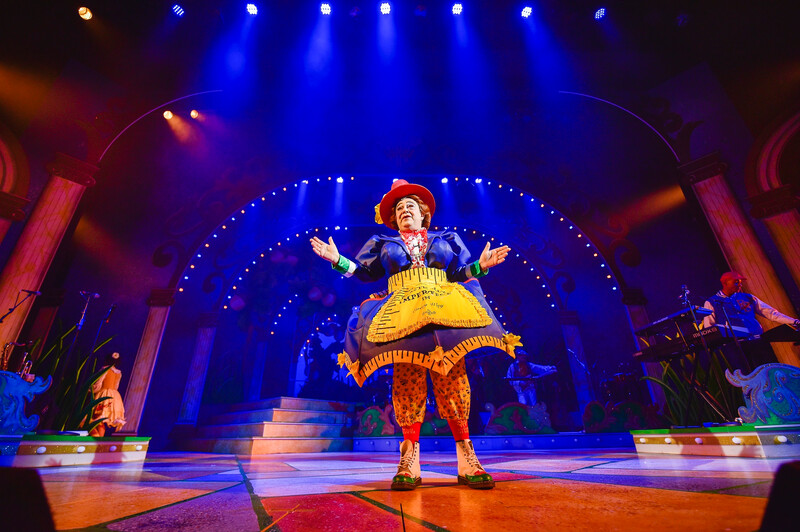