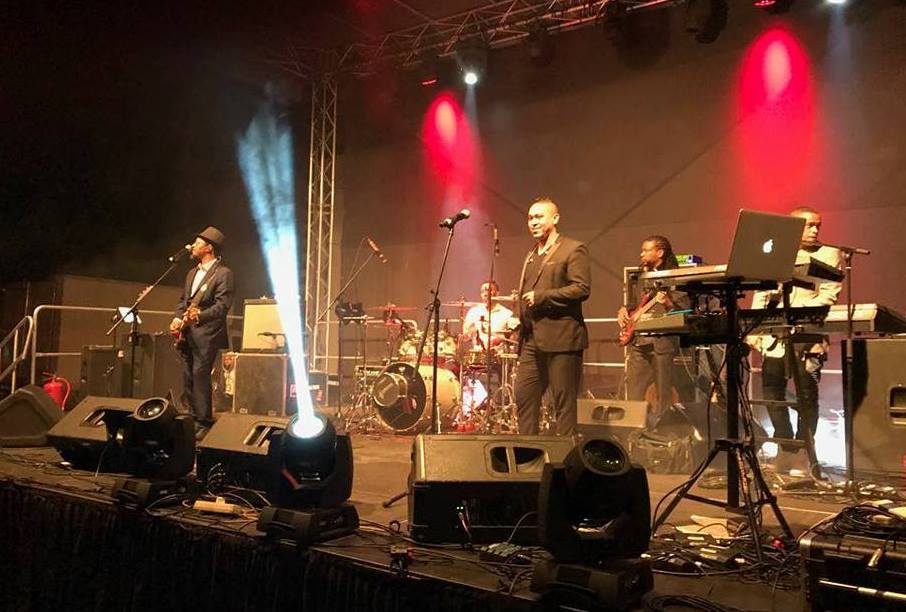 JOHANNESBURG, SOUTH AFRICA – There’s a good reason why Dr. Victor’s music has been described as infectiously happy. It’s virtually impossible to see this South African reggae Afro pop legend perform without taking to your feet with a lilt in your step and a smile on your face. On August 5, this iconic singer/guitarist and his tight-as-a-knot band, the Rasta Rebels brought their upbeat brand of music to the Lenasia Cricket Stadium in Johannesburg. 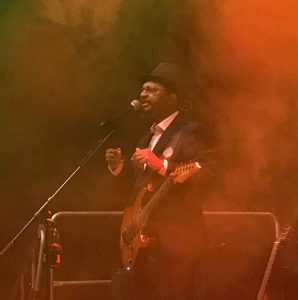 A collection of ten Rogue R2 Spots, four flown on downstage truss and six on upstage truss were used for down lighting and specials on band members, accenting them in a rich rainbow of colors. The other 12 Rogue units in the rig consisted of six Rogue R2 Washes and six Rogue R1 Beams. Positioned alternately along upstage and down stage truss, these lights were used for stage washing, gobo projections, and sweeping crisscrossing patterns that supported many of the band’s faster songs.

The Rogue R2 Washes and R1 Beams did added duty by serving as audience lights. Working with them to engage the crowd were the four Maverick MK1 Spot fixtures that Laloo positioned on the downstage deck.  A powerful 350-watt LED moving fixture with a variable CMY color-mixing system, the Maverick MK1 Spot was also used to create some intensely bright multi-colored aerial effects. 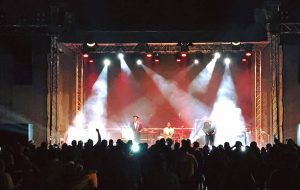 “We were able to get some very exciting looks with the Rogues and Mavericks,” said Vishal Nana, team leader of JMY Lighting and Staging. “Our lighting rig made it possible for us to make a very strong impression at this large outdoor venue, even without using a great number of fixtures. This allowed us to stay within budget, while still creating a very memorable show.”

For the large crowd that turned out at the Cricket Stadium, the lighting was part of a magical evening, enjoying a star who has been captivating crowds throughout Africa for 18 years with his upbeat sound and undeniable charisma. On this August evening, their beloved star had a light show that matched his energy note for happy note.