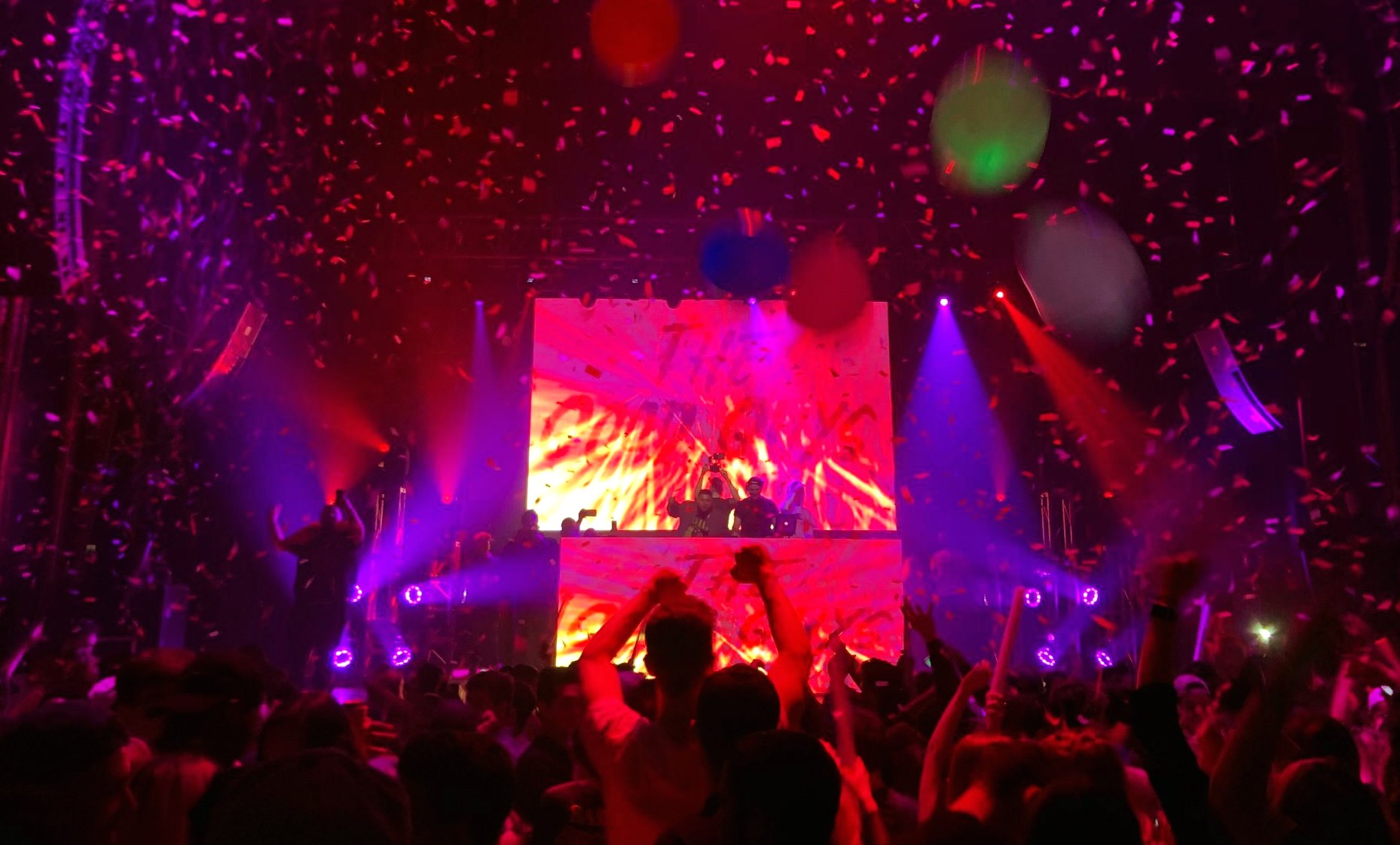 PROVIDENCE, RI – At the end of every school year, college students in this corner of New England mark the occasion by gathering at the iconic Strand Ballroom & Theatre for a day (and night) long celebration of EDM music and culture. Project Mayhem, as the event is called, more than lived up to its name this year, with nonstop bass growls thundering, an exuberant crowd dancing boisterously, and a searing lighting and visual display, created with CHAUVET Professional fixtures, supplied by JDI Productions.

Lighting designer Freddy Thompson added to the firepower of the Strand’s already substantial house rig for the event by bring in a floor package that included six Maverick MK1 Spot and eight Maverick MK Pyxis fixtures. “A show like this demands a creative, energized environment to keep the audience engaged and on their feet,” said Thompson. “So, we wanted to up the excitement level this year by bringing in the Mavericks.”

Thompson positioned his Maverick MK1 Spot fixtures on 5’ towers located on either side of the stage. The Maverick MK Pyxis units were hung from a 7’ pipe that spanned the distance between the two towers. When they weren’t crisscrossing the stage with intense patterns of vivid colors, the high-output 350W LED Spot units were engaging the crowds as audience lights. Balancing the intensity of the Spots, the Pyxis units create a seemingly unending stream of eye candy with their continuous 360° pan and tilt movement, plus their rim of nine pixel-mapped 15W RGB LEDs. 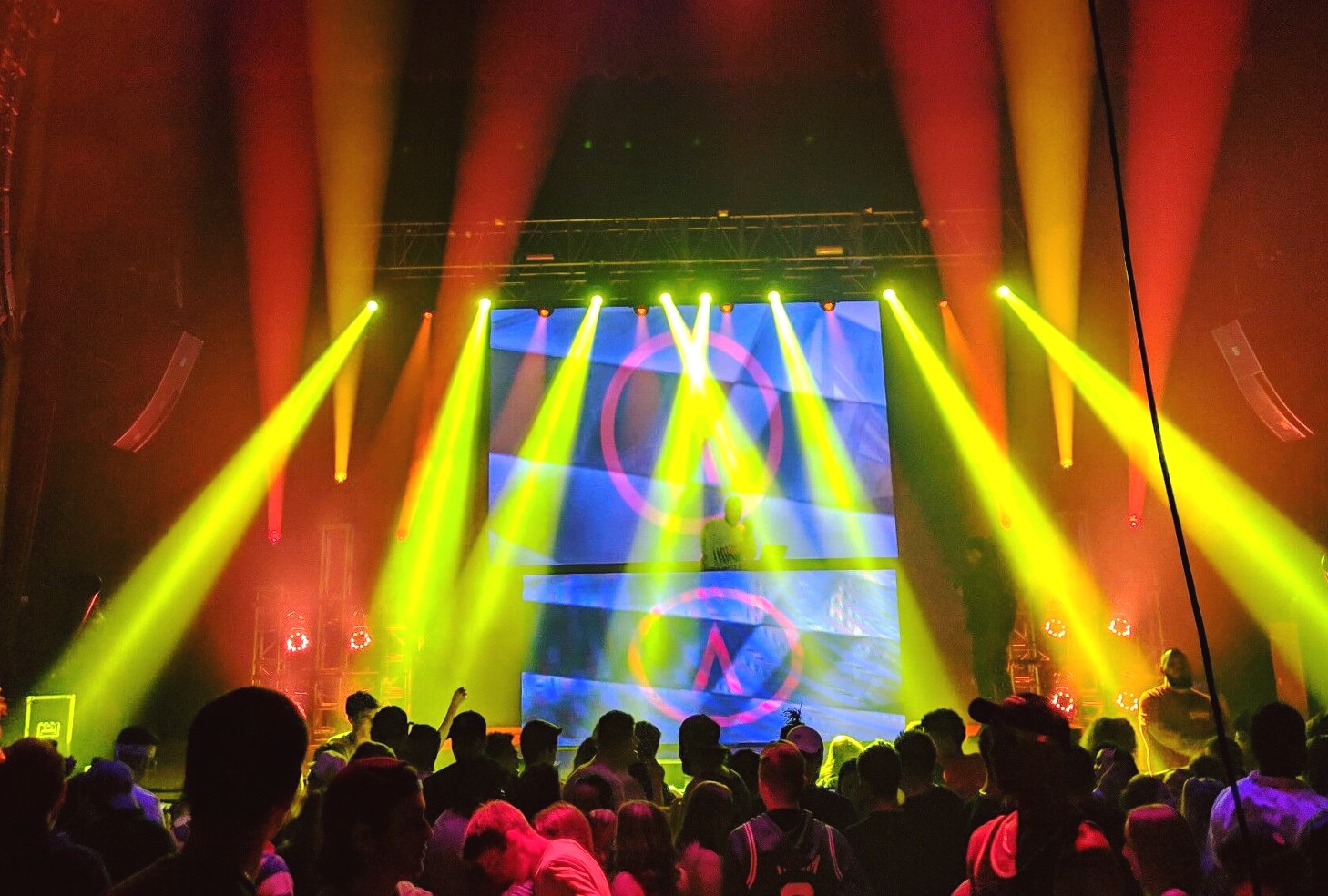 “Having the Maverick Spots to the left and right of the DJ booth added depth to the design,” said Thompson. “They produced huge looks, with super bright beams and sharp gobo effects that cut through the atmosphere. For their part, the Pyxis fixtures amped up the energy level with their eye candy. Being able to pixel map both fixtures together added an extra element to the design.”

For atmospherics, Thompson placed two Vesuvio II units downstage. “The Vesuvios created an almost ethereal curtain of haze to highlight the gobo and prism effects of the Maverick Spots,” he said. “When the beats dropped and the crowd got excited, I would blast those things off like rockets.”

Working hand in hand with Thompson’s lightshow was video content created by Mark Keupker of JDI Productions. Flying 77 CHAUVET Professional PVP S7 LED panels behind the DJs, with 11 other panels mounted on uprights in front of the DJ booth, Keupker created a panorama that complemented the pixel-mapped lighting fixtures. 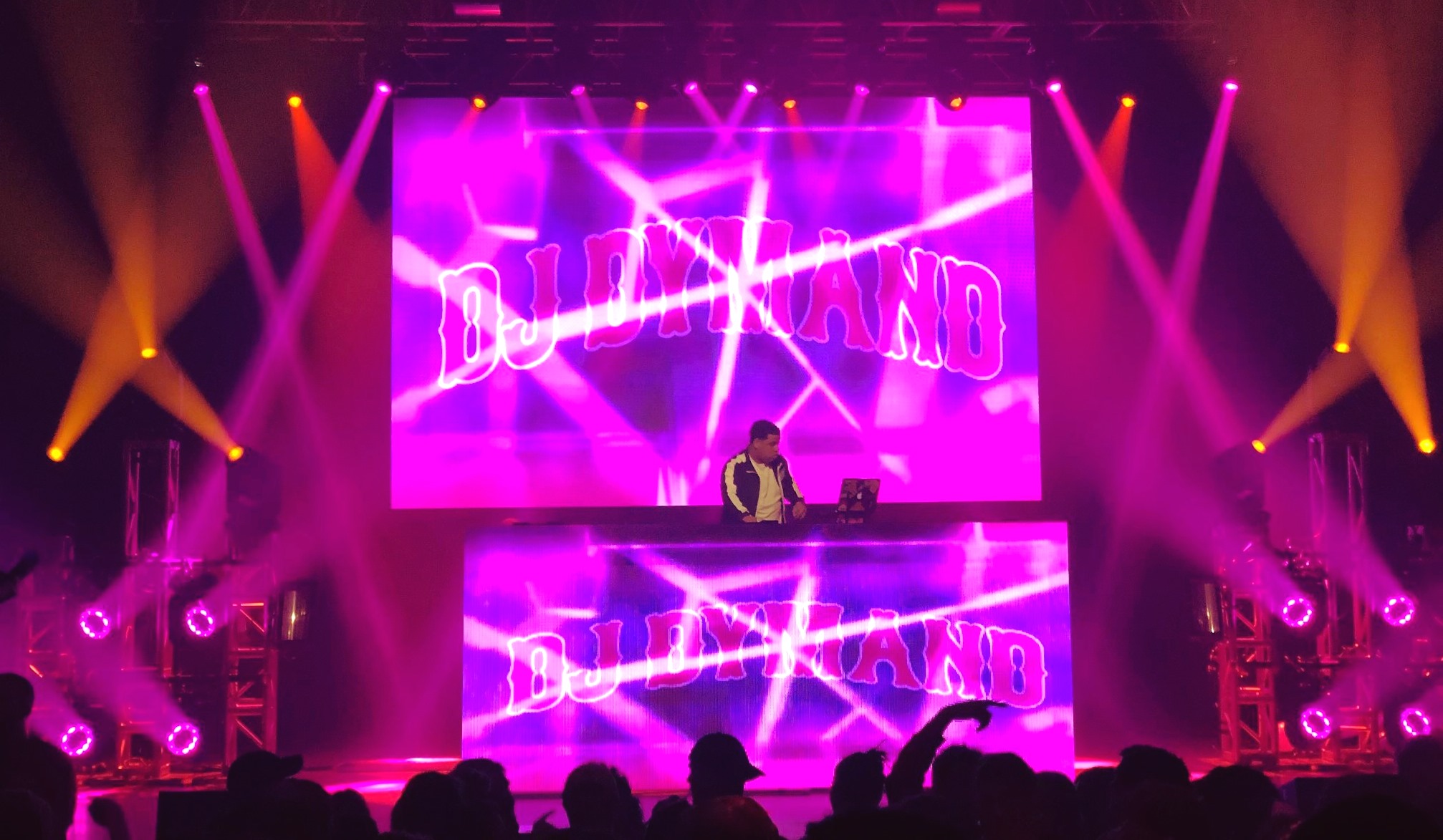 “Between the lighting and the video, the entire event was flawless,” said Thompson. “Mark and I work well together, and we both enjoy matching lighting and video content into one coordinated scene. We were able to free-style a lot during the show, so this was a fun production. Jim DiPietro, one of JDI’s newer team members, was also an invaluable asset to this project.”

Coming together with the music, the coordinated lighting and video display by the JDI Productions team got the college crowd exactly where they should be when school’s out for summer — on their feet and dancing. 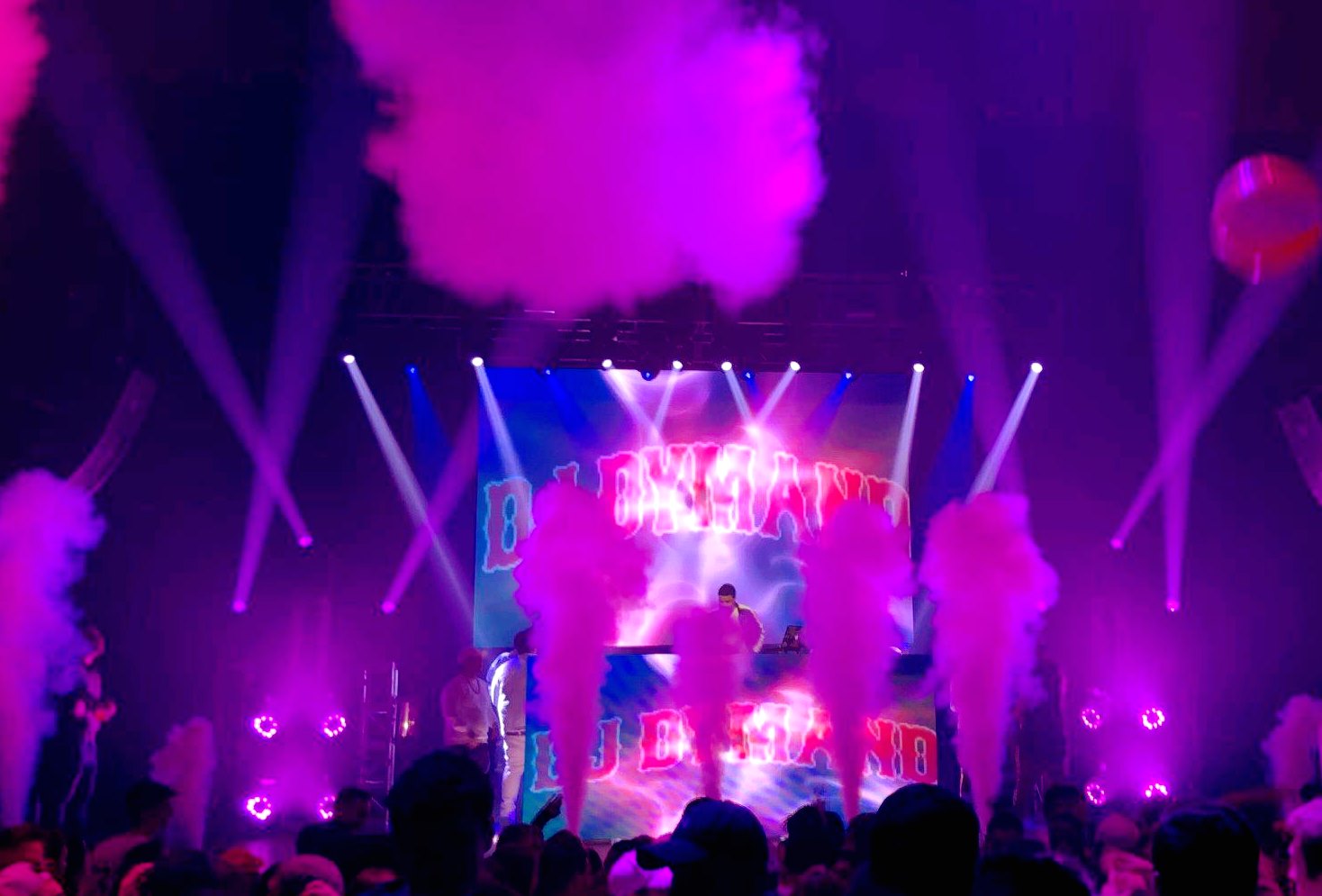