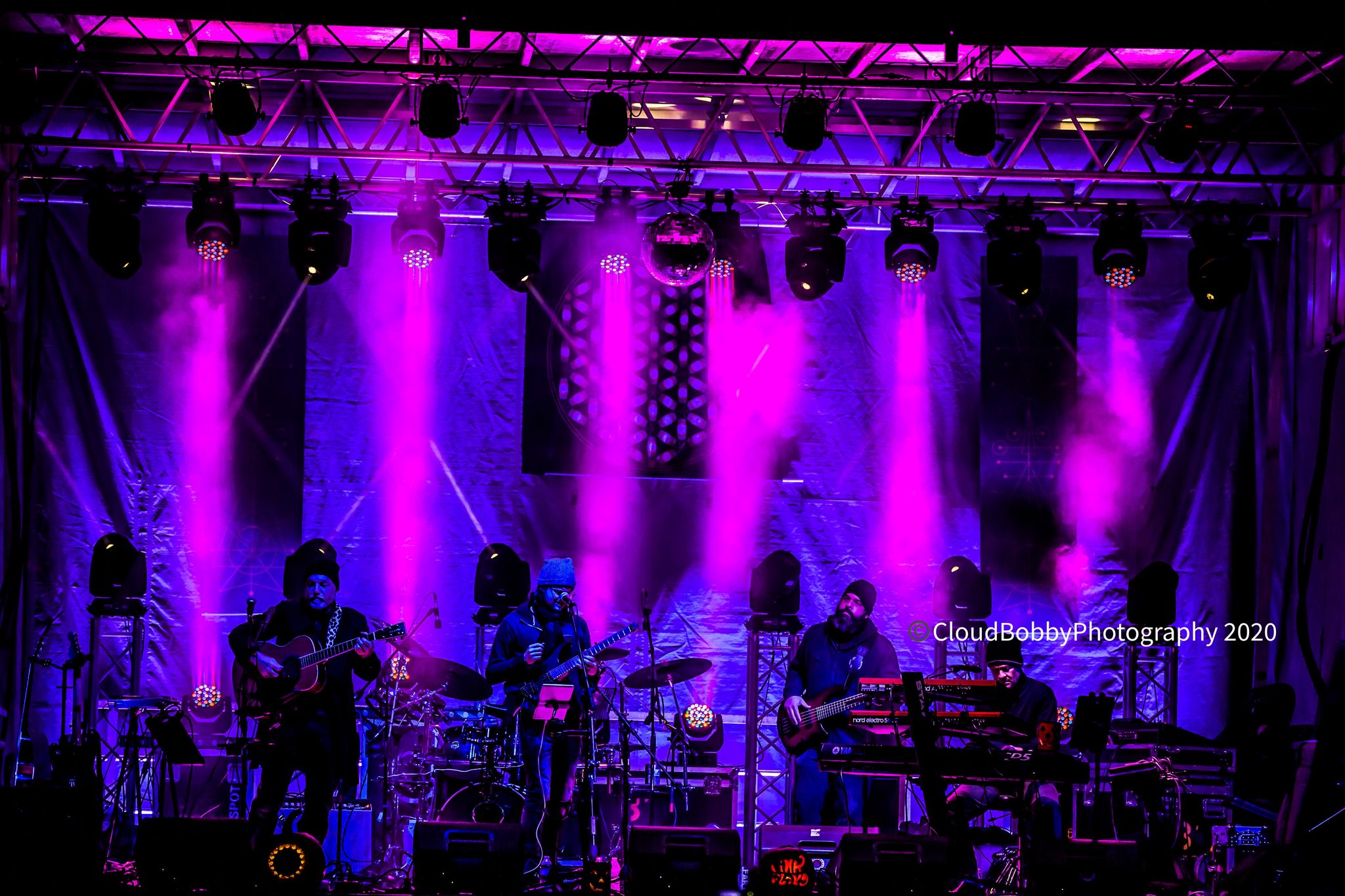 For the Five Points benefit, Patsel lit a concert by the popular Pink Floyd tribute band Darkside Experience, a talented quintet that captures the essence of the legendary British Rockers with their evocative and challenging sound. Patsel‘s design reflect the quintet’s music and onstage persona with its bold colors and unsettling light angles.

However, with this being the third decade of the 21st-century, and the band including its own contemporary flair in their performance, Patsel also wanted to add some distinctively modern touches to this show. The big challenge, as he recalls it, was to create an old school vibe without being old fashioned.

“Bringing old school music into the new age can be tricky,” he said. “I wanted to keep it low key, until the time was right. By not using gobos often, and keeping the focus out, I got that retro feel spotlight. Then, when I had a nice hard bridge in the music, I would snap the focus back in and go with a gobo that fit the mood.” 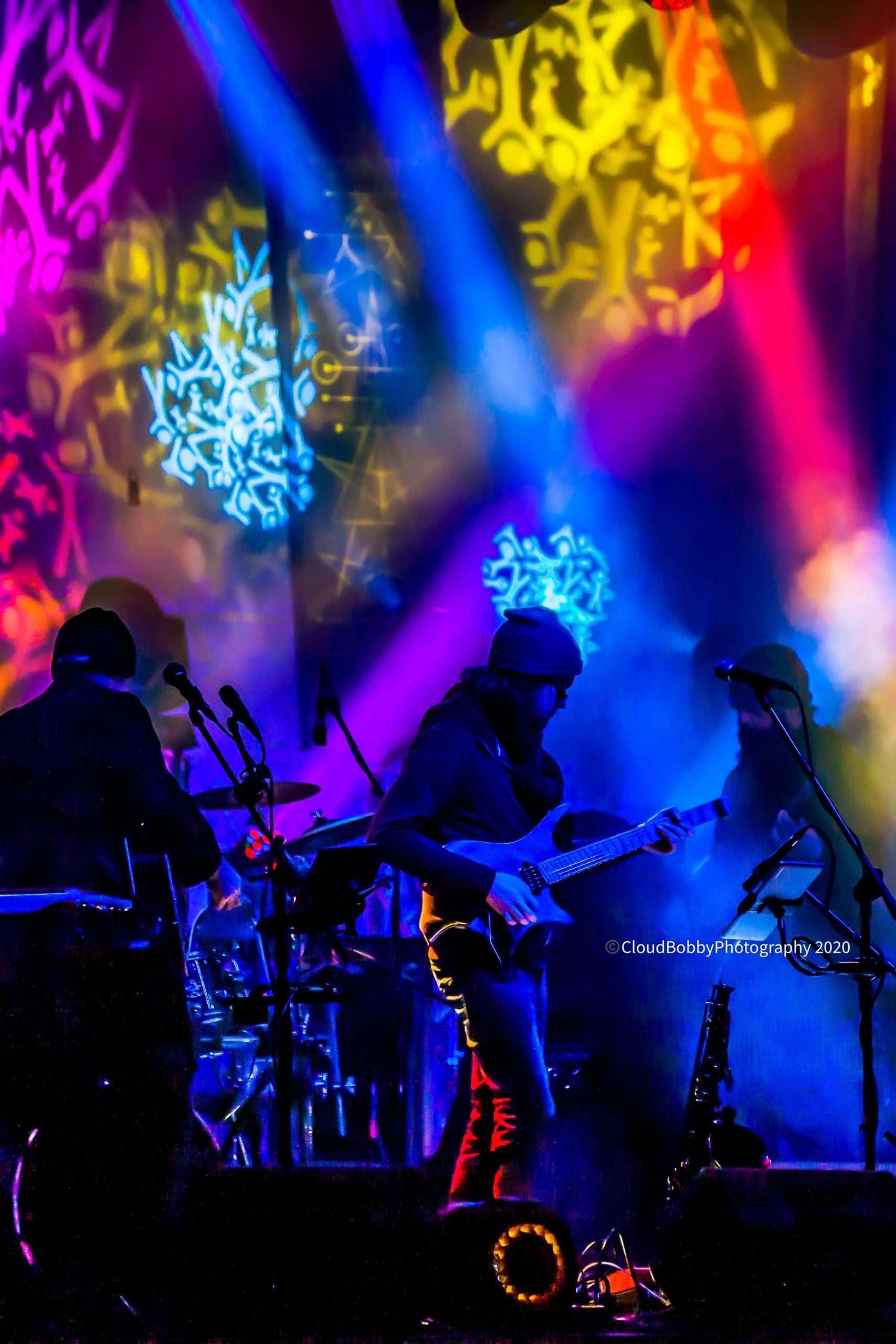 A new look that Patsel particularly favored was what he called the “stairs.” He created this by having four different tilt positions for his six Rogue R1X Spot and six Rogue R1 Spot fixtures. “These tilts were all from my home pan position,” he remarked. “Having multiple positions made for a very full stage with a lot of added dimension.”

Color-wise, Patsel went with bold, vibrant palettes that reflected the spirit of Pink Floyd. He accented solos and other selected segments of the band’s performance with swipes of bright yellows, along with whites for big hits.

The concert took place on a mobile stage that measured 24’ by 20’ (7.3m by 6.1m). To compensate for this relatively small space, Patsel lined the back wall with 10 color changing LED strips. Relying on the interplay between these fixtures and the light from his ground stacked Rogue units, he was able to create a sense of depth.

“My stagehand Dustin Lee really helped us work wonders within our space,” said Patsel. “Looking at our show, I was very happy with how we were able to capture the mood of Pink Floyd, while still creating something that seemed contemporary to an audience today.”