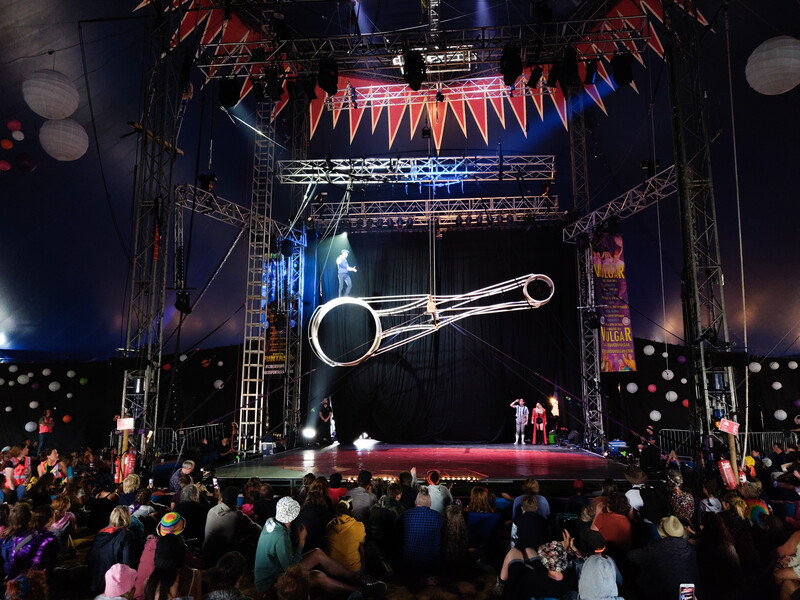 PILTON, UK – It’s a common sight outside the Glastonbury Festival Circus Big Top tent: people walking away shaking their heads in amazement at the astounding acrobatic feats performed inside the popular attraction. Less apparent to the casual fan, though equally impressive in its own right, is the way James Loudon and his team managed the intense flow of performances at the site.

For 14 hours each day during the festival, the Glastonbury Festival Circus Big Top hosted 30 different acts by a colorful assortment of aerialists, acrobats, and other performers, many of them internationally acclaimed troupes like Briefs Bite Club and Deja Voodoo.

Ensuring that things progressed smoothly without a minute being wasted was a logistical triumph. Helping Loudon and his crew realize this remarkable accomplishment was a flexible lighting rig supplied by Fineline Lighting that featured 12 Maverick Storm 1 Spot and an equal number of Maverick MK3 Wash fixtures from CHAUVET Professional. 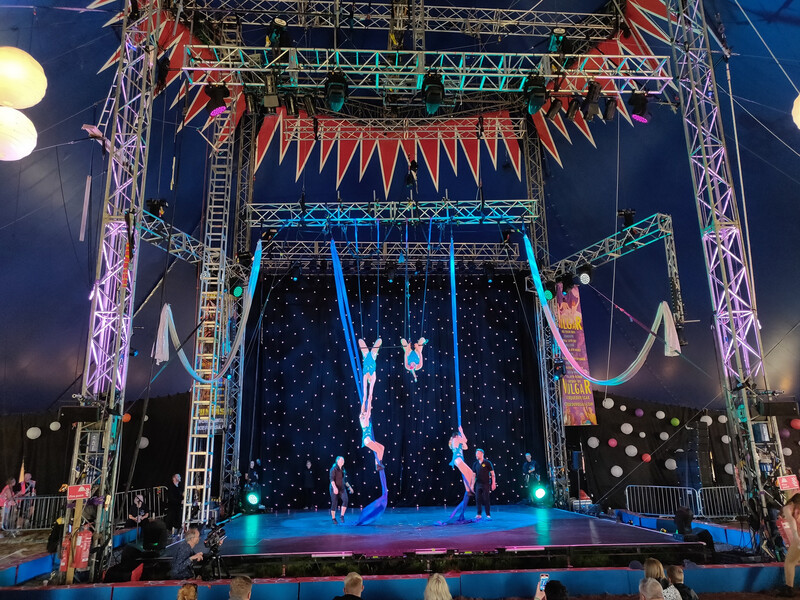 Loudon, who started lighting the Circus Big Top at Glastonbury 20 years ago, ran his lighting rig on a ChamSys MagicQ MQ500M. “Everything is programmed, with no busking,” he said. “I designed the rig and programed the lightshow based on the routines of the various acts. Given the volume of acts we had here everything had to be done really fast. Rehearsal and performance slots were scheduled to the minute.

“This experience is intense but very rewarding,” continued Loudon. “Some companies will bring their own LDs and desks with them, and we will be accommodative and work with them although we did the lot this year. I have a great team consisting of Tom Sulat, who worked with me here last time in 2019, and a newcomer, Rory Lucas who quickly adapted to the weird work conditions and ended up plotting one of the more demanding acts on a marathon all night programming session. Moreover, the support we get from Fineline is always outstanding.”

Some performances inside the tent are short five-minute affairs, while others are an hour long. The tone and tenor of the different acts also varies, with some combining comedy with acrobatics, and others being more serious in natures. Reflecting the distinct personalities of different shows over a three-day period, without repeating looks presents a challenge, but it was one that Loudon handled deftly with help from his versatile fixtures. 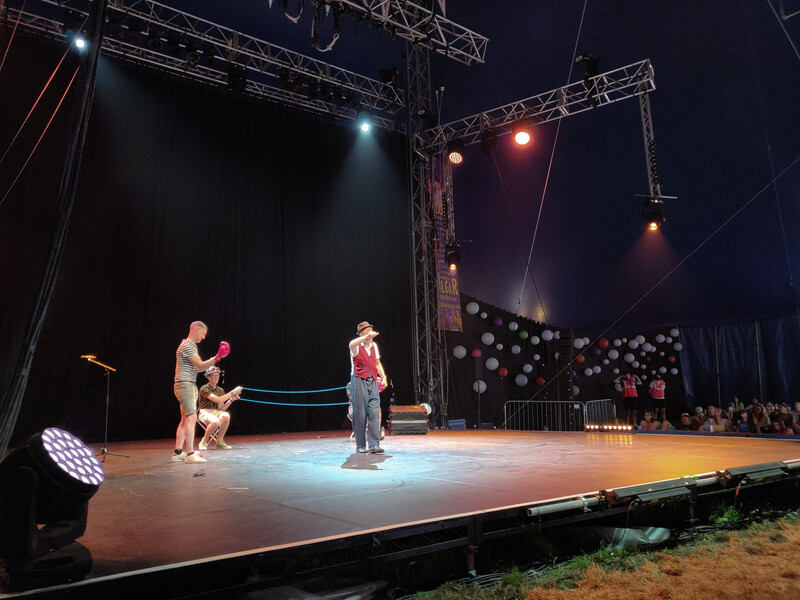 “The Storm 1 Spot gives me quite a few options,” he said. “Its zoom range is lovely, allowing us to cover the whole stage, or focus on a single performer. As for the MK3 Wash, this is the first time I used that fixture, and I must say, I was very impressed by its enormous power.”

Drawing on the gobo rotating feature of his Maverick Storm 1 Spots, which were hung on overhead truss grids, Loudon texturized the stage during some performances with crisply defined moving patterns. Changing the shape and color of these patterns allowed him to create distinctive looks for different acts. Rotating subtly on the stage deck, the gobos provided a pleasing visual counterpoint to the aerial artist performing above them. 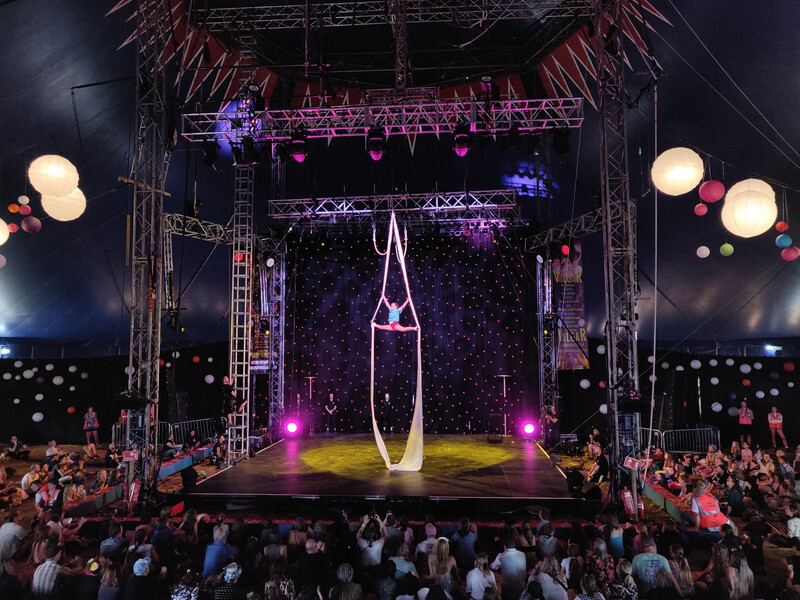 While the spot fixtures were creating captivating looks on stage, the rig’s Maverick MK3 Wash units were adding to the ambience throughout the tent with their vivid colors. Positioned on the stage deck and hung on truss, the RGBW fixtures were used for aerial effects and general color washing.

“This is a big strong wash that puts out beautiful colors,” said Loudon. “The output of this fixture is great for creating a search light effect, and I really like its large diameter, which . makes for a very effective light source and also looks great in photos. Also, we had a pretty big three-dimensional space inside the tent, and the light from the MK3 Wash filled it up very nicely.”

The space inside the tent was also filled up very nicely with people this summer, as the Circus Big Top drew large crowds all three days of the festival. Fans came to the big top expecting to be dazzled — and indeed they were, but the real magic started long before the first performer stepped on stage, when James Loudon put together his plan.